Why has India launched a big fiscal stimulus to stimulate the economy? The answer must be primarily political. The Prime Minister’s Office is clearly the driving force behind India’s fiscal conservatism. Most likely, the PMO fears that a wave of fiscal spending will send inflation to 9%, the level at which voters have historically rebelled against the ruling party. That concern is not unreasonable, but it is exaggerated.

The latest stimulus package announced by Finance Minister Nirmala Sitharaman consists of a central spending of Rs 49,695 crore, in addition to hopes that state governments and consumers will spend more, adding up a stimulus of Rs 1,00,000 crore. Even this inflated figure is only 0.5% of GDP. 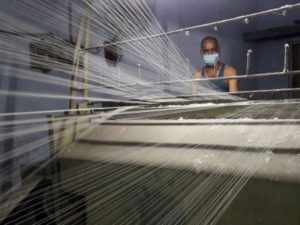 By contrast, the US is considering additional stimulus that will bring the total to more than 30% of GDP. Japan, after two stimulus packages of almost 40% of GDP (not everything was fiscal), is preparing a third stimulus of perhaps 20% of GDP.

By contrast, all of India’s fiscal stimulus amounts to just 2% of GDP. India cannot be as adventurous as the United States or Japan, which have strong currencies and government borrowing rates close to zero. The BJP may fear that a large fiscal deficit will crush the rupee and cause an exodus of foreign portfolio investors. In fact, India today has a large surplus in the balance of payments. Indian interest rates have fallen, but 10-year gilts are still yielding 6%.

The blockades have crushed revenue collection. Combined central and state deficits could exceed 12% of GDP even when GDP falls 10%. The debt / GDP ratio could hit 90%, which would be terrible in normal times.

But these are not normal times. Thus, countries around the world have run huge deficits, while central banks have flooded markets with cash and lowered interest rates. Despite this record fiscal and monetary stimulus, inflation has been largely low or zero, even in developing countries such as Indonesia (1.4%), Thailand (minus 0.7%) and China (2.4%).

India is one of the few exceptions. Consumer inflation in September reached 7.4%, well above the RBI target of 2-6%. The main culprit was food inflation, but even core inflation was 5.6%. Vegetable prices soared after the harvest was hit by excessive rains, but other factors are clearly at play. Most importantly, the blockades have seriously disrupted industry, transportation and other services, causing upward pressure on prices. Lower oil prices have not been passed on to consumers, but rather the government has eliminated them through higher taxes. And a depreciated rupee has raised import prices.

In the coming months, loosening locks and stabilizing the rupee should control supply bottlenecks and inflation as well. Certainly, the problem is not excessive demand. Covid has made people overly cautious about spending, which is why the latest stimulus forces consumers and state governments to either spend their additional allocation before March 31 or lose it.

The collapse of domestic demand is reflected in the drop in imports, especially gold. This, plus a large inflow of foreign portfolio investment, has meant a flood of dollars in India. To prevent this from appreciating the exchange rate and making the rupee uncompetitive, the RBI has bought dollars in bulk, increasing its foreign exchange reserves by more than 25%.
Credit Suisse economist Neelkanth Mishra has persuasively argued that the dollar flood should be used to fund a larger fiscal deficit rather than invest in ever-increasing foreign exchange reserves. This will stimulate economic growth without inflation.

In short, the BJP fears that a large fiscal boost will cause high inflation and lose elections are greatly exaggerated. In fact, a successful stimulus could increase income and employment and generate more votes in the next election.

In Bihar, the opposition parties – Congress and RJD – ​​performed so poorly in power that even Nitish Kumar’s lackluster performance in his third term should ensure an easy victory in November. In 2021, the states that will go to the polls are Kerala, West Bengal, Tamil Nadu & Puducherry and Assam. It seems highly unlikely that the BJP will win the first four and is sure to win the fourth, regardless of inflation.

In the 2019 general elections, BJP won 18 seats in West Bengal, not far from Trinamool’s 22 congressional seats. But the BJP almost always fares much worse in state elections than in general elections. Beating Mamata Banerjee will require a revolution in voting quotas. The deciding factor will not be fiscal deficits or inflation.

Ensure a survey-like system for the delivery of the Covid vaccine: PM | India News