Home | India | Top Headlines | Vietnam is exporting its path to prosperity, leaving no one behind at home

Vietnam is exporting its path to prosperity, leaving no one behind at home

Containing the pandemic allowed Vietnam to quickly reopen its businesses and is now expected to be the world’s fastest growing economy this year. While more than 80 countries have turned to the International Monetary Fund for bailouts, Vietnam is growing at an annual rate of 3%. Even more impressive, its growth is driven by a record trade surplus, despite the collapse of world trade.

After World War II, the “Asian miracles” – first Japan, then Taiwan and South Korea, most recently China – became manufacturing export powerhouses and lifted themselves out of poverty. Now Vietnam is following the same path, but in a much more difficult time. 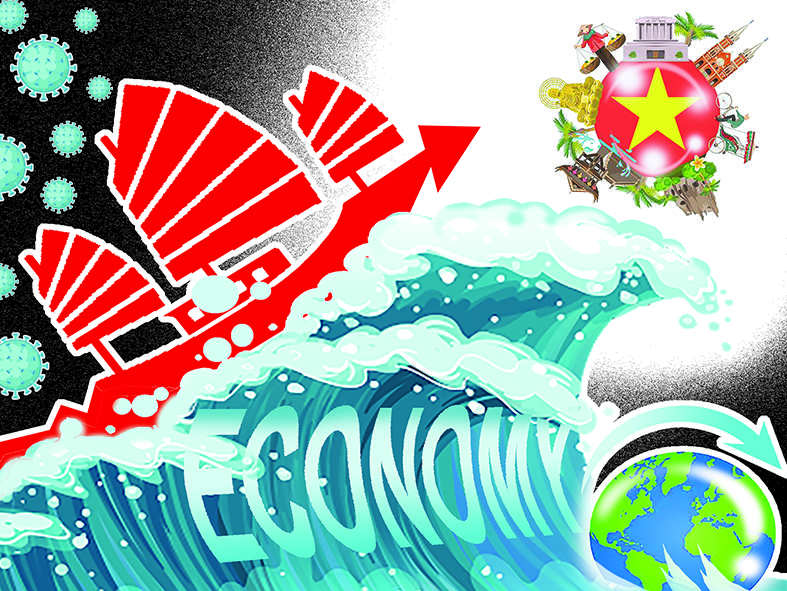 The postwar baby boom is over. The era of rapid globalization, with growing trade and investment flows, is over. Economic growth is slowing around the world. Superpowers no longer ignore the tactics that previous miracles used to gain an advantage. The United States is investigating Vietnam for currency manipulation, the same charge that sparked the tariff war with China.

History has never seen success comparable to the original Asian miracles, which grew rapidly for five decades in a row, driven in large part by export manufacturing. During their booms, export growth averaged about 20%, nearly double the average for emerging nations at the time. Vietnam has maintained a similar pace for three decades. Even when world trade plummeted in the 2010s, Vietnam’s exports grew 16% annually, three times the emerging world average.

Over the past three decades, Vietnam’s median income has quintupled to $ 3,000, beating countries like India on the way. And unlike most emerging countries, Vietnam has managed to balance investment in social welfare with investment in export infrastructure. The proportion of the population living in poverty is unusually low and the quality of infrastructure unusually high for a country in Vietnam’s developing stage.

The proportion of people living on less than $ 2 a day has fallen from 60% to less than 5%, “leaving no one behind,” according to the IMF. Meanwhile, the government invests heavily (around 8% of GDP) in construction projects, including roads and ports. The lesson for India is that the perceived trade-off between economic growth and social equality is false: rapid growth in per capita GDP is what makes human development possible.

Vietnam also directs money from foreigners towards export manufacturing. Over the past five years, foreign direct investment has averaged more than 6% of GDP in Vietnam, the highest rate of any emerging country. Most of it goes to factories and related infrastructure, and most of it comes from other Asian countries, including South Korea, Japan and China. The old miracles are helping to build the new.

Vietnam has become a favorite destination for export manufacturers leaving China in search of cheaper labor. Despite the sharp increase in recent decades, wages are still half of those in China and the workforce is quite well mannered, thanks to heavy spending on schools.

Skilled labor is helping Vietnam move up the ladder, perhaps faster than any rival, to make ever more sophisticated products. The technology surpassed clothing and textiles as Vietnam’s top export in 2015 and accounts for most of its record trade surplus this year.

In a protectionist era, Vietnam is also a communist champion changing the trends of open borders and is a signatory to more than a dozen free trade agreements, including a recently signed landmark agreement with the European Union.

The question is whether Vietnam can stay on the miracle track, at a time when growth is slowing around the world. Probably. During the past five years, no country has increased its share of world exports more than Vietnam. While the growth of their own working-age population is slowing, the majority of Vietnamese still live in the countryside, so the economy can continue to grow by shifting workers to urban factory jobs.

The long-term threat to Vietnam may be an autocratic government. Autocrats can force rapid growth, but with unbridled power their whims and excesses often derail development, long before the nation emerges from the lower income classes. The first Asian miracles began as autocracies, but they passed to democracy on their way to prosperity.

Vietnam’s unusually competent ruling party has been in power for nearly half a century, without making the classic mistakes. The economy remains largely free of excesses, such as large government deficits or public debts, that signal the crises to come.

One possible problem: Most state-owned companies have already been privatized, but the ones that are still owned by the government are huge, accounting for almost a third of economic output, the same as a decade ago. They own many of the bad loans in the banking system. If problems arise, bloated state-owned companies are a place where you could start.

It’s worth noting that rising debts also led to financial crises that marked the end of sustained growth in Japan, South Korea, and Taiwan, and are now looming over China as well. So there are dangers in any development path. For now, Vietnam looks like a miracle from a bygone era, exporting its path to prosperity.