The Indian government must take note of an Australian code that will force digital platforms Google and Facebook to share advertising revenue earned from news content with local news producers. The Australian government has noted that while local media companies are struggling to stay afloat, Google and Facebook have dabbled in moolah. Operating as monopolies, and behaving as if they favored news producers for displaying their content while incurring zero cost for news gathering, multinational tech giants can only be controlled with firm government regulations. 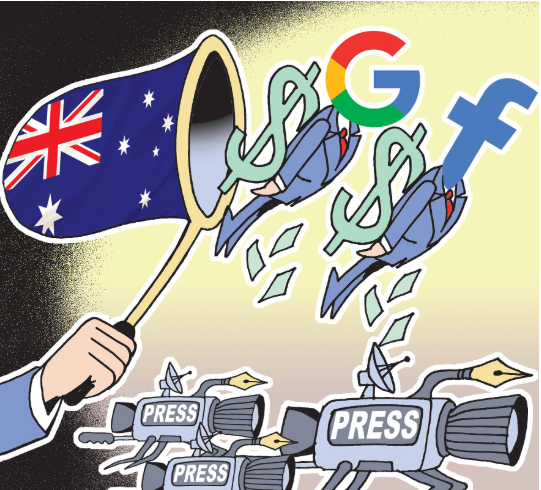 The Australian Code foresees a negotiation / negotiation process with a time limit between digital platforms and news producers (individually or collectively), followed by mediation and arbitration, if necessary. When matters come to arbitration, the arbitrator will need to assess the direct (revenue) and indirect (customer acquisition / loyalty) benefits accruing on digital platforms by displaying local news, the costs borne by news producers for journalistic operations and if the final prize is “undue” Burden on the commercial interests of a digital platform.

This is an unbiased approach. It seems Australia has managed to trick the cat, when other governments fail to regulate US tech companies for fear of suffering the wrath of the US government, other countries, including India, should follow in Australia’s footsteps. The situation is changing even in the US, evident from the US Congress, which has been largely tolerant despite mounting antitrust evidence, which questioned big tech CEOs last week. His questions, ranging from anti-competitive misuse of data to stifling competitors, echo many Indian concerns. A committee of non-personal data governance experts led by Infosys co-founder Kris Gopalakrishnan has signaled the rise of data monopolies with tech giants who, on the one hand, clashed with companies, citizens, startups and even the government of India.

This phenomenon is already affecting the crisis media industry. The opaque algorithms and the absence of regulations requiring the exchange of data with news partners leaves the local media, which are generators of employment and domestic wealth, unlike digital platforms with their disproportionately poor local contracting, in clear disadvantage. Journalism also performs the critical task of strengthening democracy. If newspapers become unviable and shut down, governance and information dissemination will suffer. The corrupt will be emboldened as journalists will not be around to report on the ruined infrastructure, civic problems, law and order and political or bureaucratic malpractice. India is interested in looking closely at the Australian model.

This piece appeared as an editorial opinion in the print edition of The Times of India.

Trump will give Chinese owner of TikTok 45 days to agree to sale: report