Rumita Patel
|  May 16, 2020
KANPUR: At least 23 migrant workers died and another 20 were injured when a truck carrying them collided with a DCM in Auraiya. Most of the immigrants came from Rajasthan and were natives of Bihar, Jharkhand and West Bengal. Of the 20 injured, 15 of them were transferred to IGP in Saifai in Etawah, as their condition was described as critical.

Reports say the incident took place near the village of Mihauli under the Kotwali police circle around 3.30 a.m. Auraiya District Magistrate Abhishek Singh said investigations were underway to determine the cause of the accident. He said the priority was to provide the best possible medical aid to the wounded. 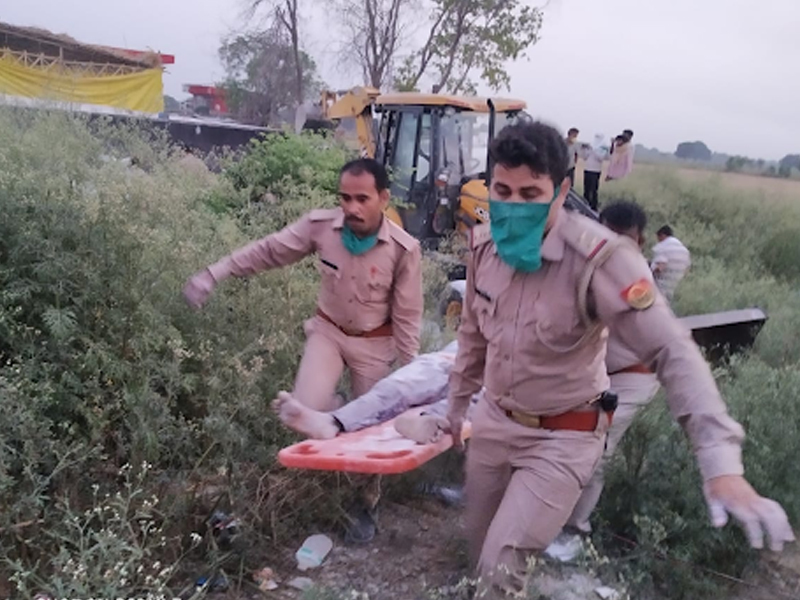 The injured passengers were admitted to a nearby hospital.Prime Minister Narendra Modi condemned the deaths of migrant workers and said the government is carrying out relief work at its peak.

“The accident in Auraiya in Uttar Pradesh is very tragic. The government is carrying out relief work in full swing,” the prime minister tweeted.

Taking a serious note of the incident, Prime Minister Yogi Adityanath ordered senior officials to visit the site and ensure adequate medical care for the wounded. “The prime minister has also ordered that all the injured receive immediate medical attention and that the commissioner and IG Kanpur visit the site and immediately submit a report on the cause of the accident,” said UP’s additional chief secretary (Awanish Awasthi). .

Samajwadi party chief Akhilesh Yadav criticized the ruling BJP for turning a blind eye to the problems migrants face. Describing the incident as “heartbreaking,” the former UP CM said the government must now begin to focus on the problems of migrants.

The head of the Samajwadi party demanded that the state government release ex gratia relief of Rs 10 lakh each to the relatives of the deceased.

Recently, at least 15 migrant workers were killed in three separate incidents in Uttar Pradesh, Madhya Pradesh and Bihar. The Uttar Pradesh government had announced on Friday that district authorities must ensure that migrant workers do not walk or bike to their homes and that all such people should receive transportation.

Yogi Adityanath ordered IG Kanpur to report the cause of the accident immediately.