Rumita Patel
|  May 13, 2020
NEW DELHI: Prime Minister Narendra Modi confirmed Tuesday that there would be a fourth phase of the blockade, but said that its contours would be very different from the rules that shaped the three national blockades since March 25, and that the last one will end on may 17th. .

“Lockdown 4.0 will be completely different and will have new rules. I am sure that as we fight the virus by following the rules, we will move forward,” Modi said, adding that the new rules, based on suggestions from top ministers, will be announced before May 18. 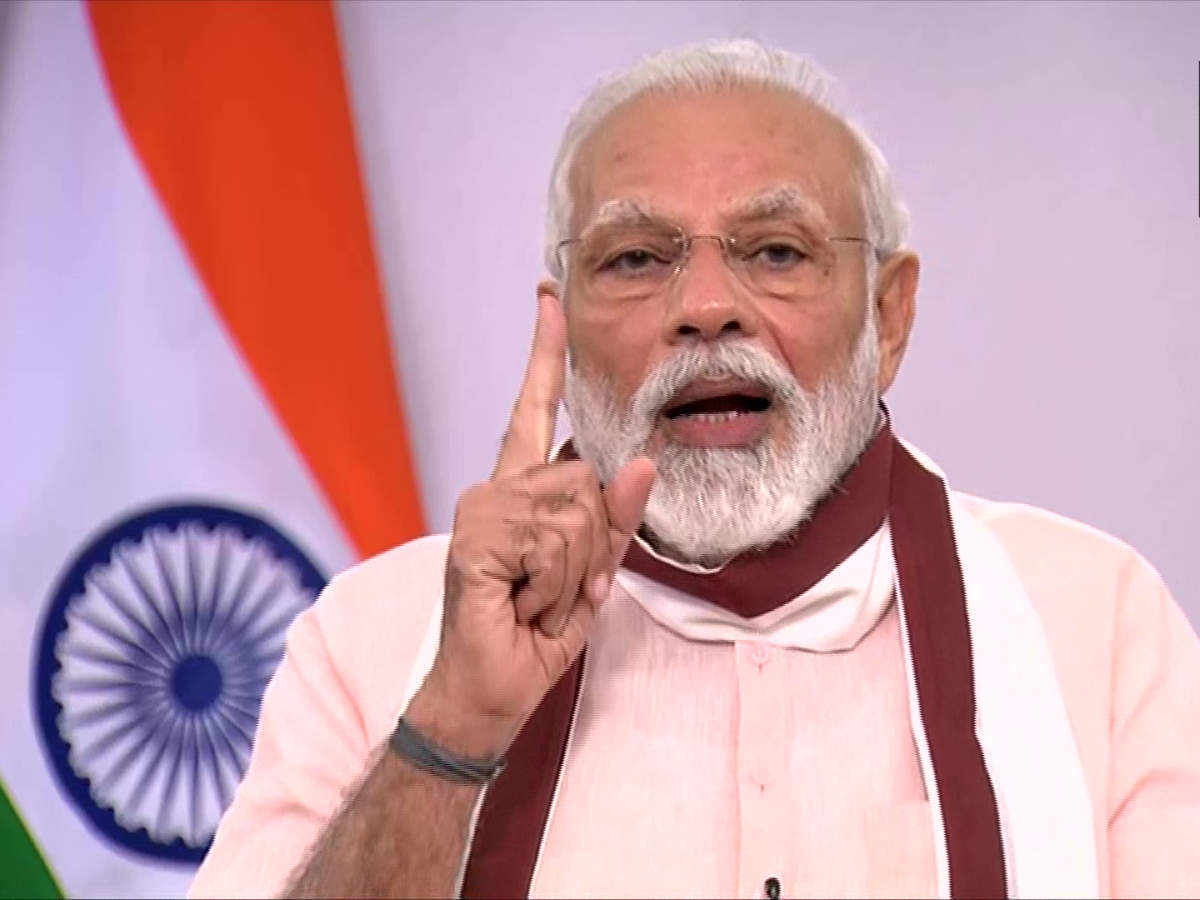 Prime Minister Modi said a package, which includes measures already announced by the RBI and the finance ministry, would equal 10% of the country’s gross domestic product (GDP). The RBI had announced support equivalent to 3.2% of GDP and the Garib Kalyan Yojana presented by Sitharaman on March 26 represented 0.8% of GDP. 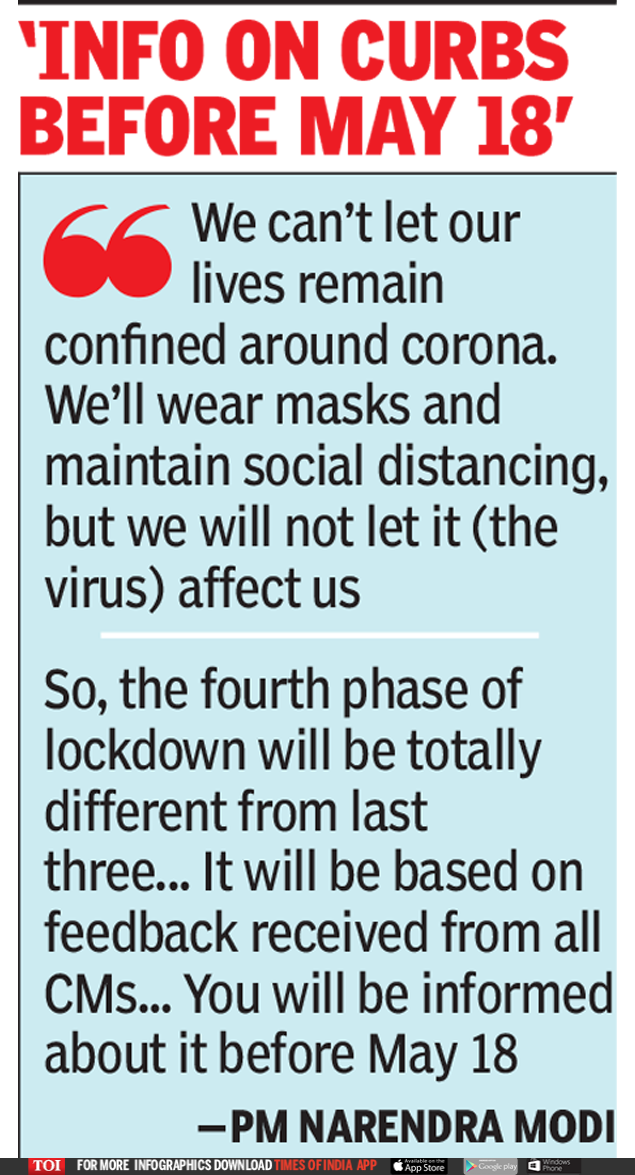 The observation was seen as an indication that the new anti-coronavirus protocol will allow an accelerated exit from the blockade to facilitate the resumption of economic activity and normality.

The prime minister said ways had to be devised to ensure that the virus did not roll back India. “Experts and scientists are unanimous that the virus will be part of our lives for a long time. But we cannot allow ourselves to be held hostage. We will wear masks and follow the two-yard distance rule, but we will not give up on achieving our goals, ”he said.

The exit from the blockade may come with a containment strategy


Modi’s reference suggests that the exit from the blockade will come along with a containment strategy that will seek to identify, contain and prevent critical points. Experimentation with companies that can open with reduced staff strength and social distancing is considered to have given encouraging results and further relaxation will follow.

The country has already seen the first steps in restoring mass transit, and it is highly likely that metro and air services will be reopened soon. The guidelines for the home ministry are expected to allow more services to work, and this will surely include the expanded delivery of non-essential products by e-commerce companies.

Modi’s comments are also seen in light of his message to chief ministers on Monday that the gradual opening of the economy will continue apace along with vigorous containment efforts. On Tuesday, he said that life could not be held hostage to the coronavirus and that work needed to be done to achieve goals while exercising due caution.

7 or 8 "top" candidates for Covid-19 vaccine, says WHO chief