A month of confinement in India: Covid’s growth falls from 22% to 8% | India News

When Prime Minister Modi announced a total blockade of the country exactly a month ago, there were around 500 cases of Covid-19 in India. But there were clear signs that the numbers were going to skyrocket. Average daily growth in cases was 21.6% on March 24, which has since fallen to 8.1%. If we had continued to grow at that rate, the number of cases would have crossed 2 lakh by now.

But a growth rate of 8.1% three days after the fifth week of closure is even higher than that achieved by the most affected countries after the blockade during the same period. While Germany reduced the growth rate to 2%, EE. USA It stood at 4.8%. 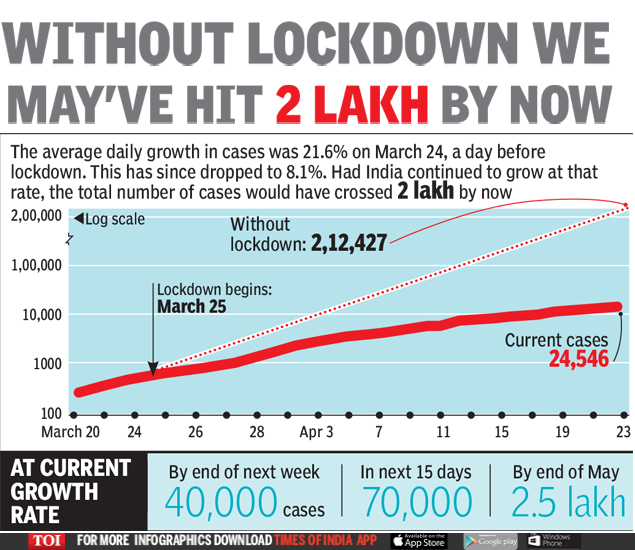 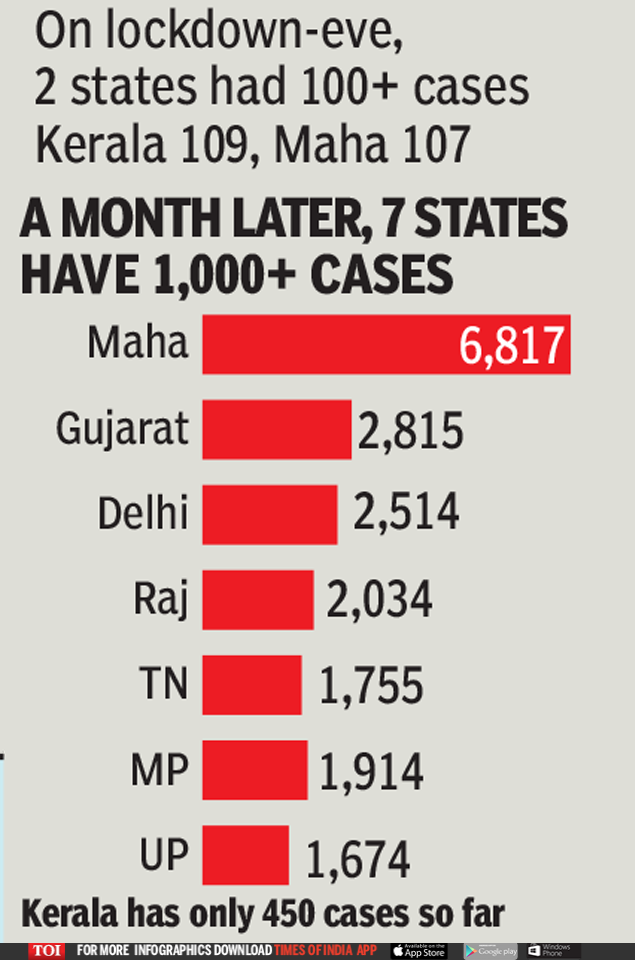 If India continues to grow at the current rate, we will have about 40,000 cases by the end of next week, which would increase to almost 70,000 in a fortnight, and about 2.5 lakh in late May.

But given the way in which some states have managed to reduce their growth rate (Kerala is growing at 1.8%, lower than Germany), the average growth rate could fall in the coming days.

Even a small drop makes a big difference in the total numbers. For example, if India manages to reduce its growth rate to 6%, one month later, we would have to deal with approximately 1.3 lakh cases; at 5%, the total number will not even cross a lakh.

WHO warns of virus immunity as global death toll nears 200,000

Covid-19 has sharpened the politics of great power | Opinion - analysis