NEW DELHI: Prime Minister Narendra Modi interacted with chief ministers from all Union states and territories on Saturday through videoconferences to develop strategies to deal with the COVID-19 pandemic.

Stressing that the government’s motto was previously “jaan hai a jahaan hai” but now it is “jaan bhi jahaan bhi”, Prime Minister Modi said there appears to be consensus among states on the extension of the blockade for another two weeks. 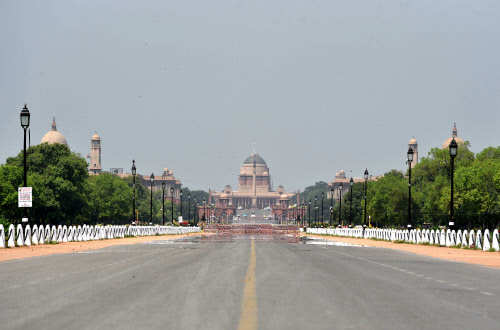 The Center is considering a request made by most states to extend the ongoing national blockade for two more weeks after April 14, government sources said Saturday after Prime Minister Narendra Modi’s interaction with top ministers. “Most states requested to extend the blockade for two weeks and the Center is considering the request,” said a government source.

During the Prime Minister’s third interaction with senior ministers, Modi noted that the combined effort of the Center and states has definitely helped reduce the impact of COVID-19, but since the situation is evolving rapidly, constant vigilance is paramount.

Modi emphasized the importance of the next 3-4 weeks to determine the impact of the steps taken so far to contain the virus, adding that teamwork is the key to meeting the challenge.

The Prime Minister said that India has adequate supplies of essential medicines and said that steps are being taken to ensure the availability of protective equipment and critical equipment for all front-line workers.

Condemning and expressing anguish over cases of attacks on doctors and medical personnel, and incidents of misconduct with students from the northeast and Kashmir, the Prime Minister said: “Such cases must be dealt with firmly.”

He also spoke about the need to stop the violations of confinement and ensure that social distancing is followed.

The Prime Minister spoke about strengthening the health infrastructure and reaching out to patients through telemedicine.

“Direct marketing of agricultural products can be incentivized to avoid overcrowding in mandis, for which the APMC model laws should be reformed quickly. Such steps will help farmers sell products at their doorstep,” Prime Minister Modi said.

Modi also spoke about the popularization of the ‘Aarogya Setu’ app to ensure greater number downloads while referring to how South Korea and Singapore succeeded in tracking contacts. “Based on those experiences, India has made its own effort through the app, which will be an essential tool in India’s fight against the pandemic,” he said.

He also referred to the possibility that the application is an electronic pass that could later facilitate travel from one place to another.

Speaking about economic challenges, the Prime Minister said that the crisis is an opportunity to become self-sufficient and make the nation an economic power.

The chief ministers provided comments on the positive cases of COVID in their respective states, the steps they took to maintain social distancing, increase the health care infrastructure, mitigate the difficulties of migrants and maintain the supply of essential elements.

The heads of ministers suggested that the blockade be extended for two weeks. They also sought financial and fiscal assistance from Contre to increase their resources in this fight against the pandemic.

Covid-19: An epidemic is an epidemic. A war is a war | Analysis - analysis