JAIPUR: Covid-19’s “ruthless” containment model adopted by Bhilwara from Rajasthan since it detected the first of its 27 positive cases on March 19 has been recognized by the Center as a potential template for states fighting an outbreak of infections.

In a video conference with top secretaries from all states on Sunday, Cabinet Secretary Rajiv Gauba said in his closing remarks that there were two key findings from the review of strategies to combat the new coronavirus pandemic: aggressive containment as in Bhilwara and preparedness in terms of expansion of hospitals and quarantine facilities.

Additional Chief Secretary (Health) Rohit Kumar Singh, who has been leading the containment campaign in the textile city together with district collector Rajendra Bhatt, said Monday that health department teams examined 28 lakh people in the first 14 days since a doctor in a private hospital there tested positive. 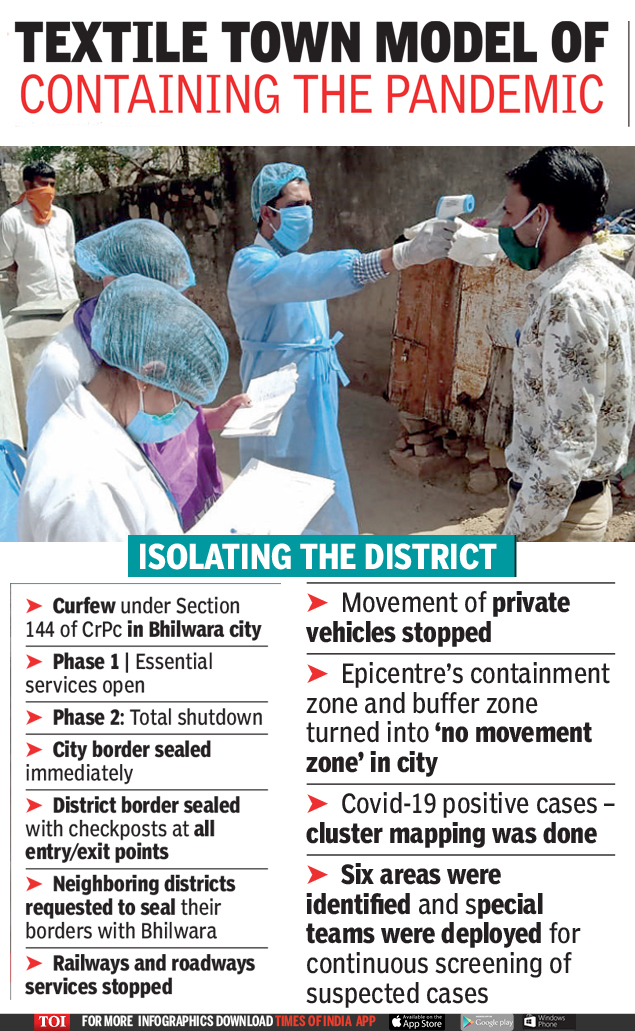 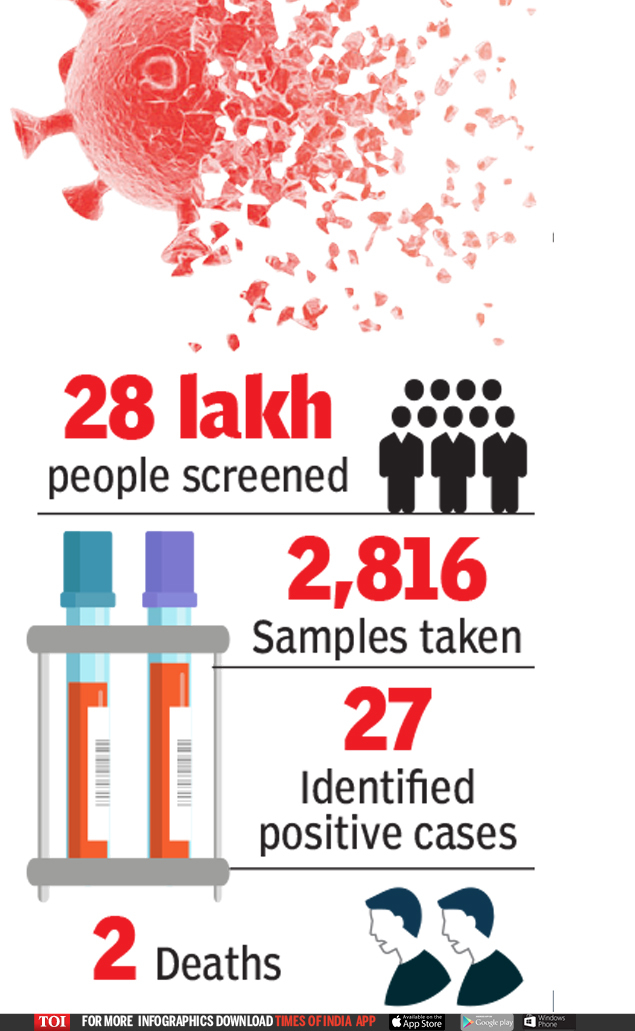 The decision to implement a mass containment protocol was accelerated by the history of the first case. The source of the infection was unknown, and the fact that the patient was a doctor led health officials to fear an uncontrolled spread of the virus through a long list of primary and secondary contacts. 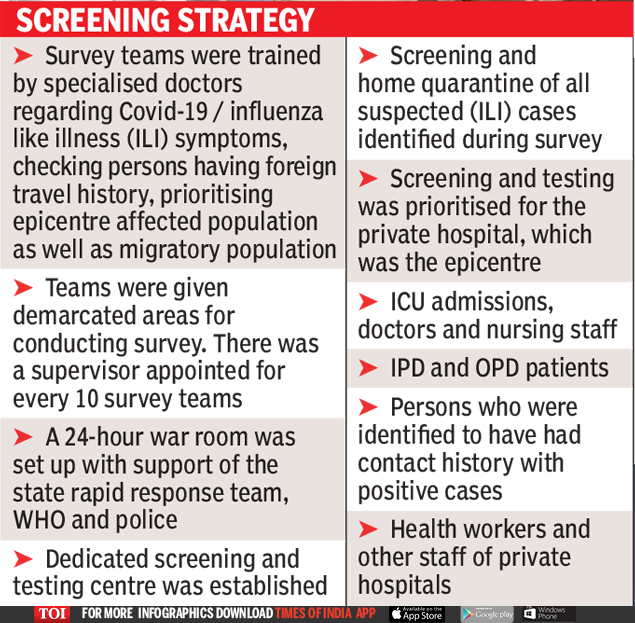 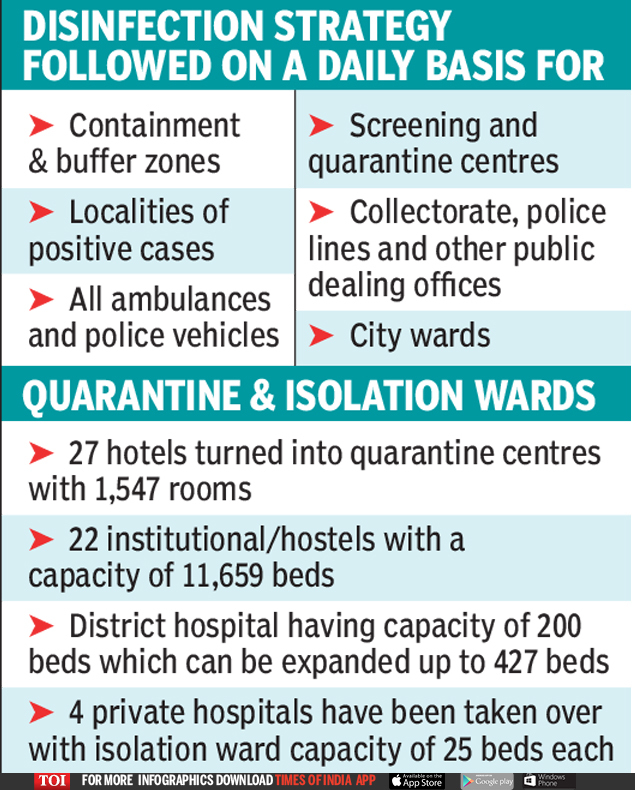 “The strategy to combat the spread of a cluster was threefold. The first step was the effective implementation of the curfew, sealing the boundaries of the containment zones and ensuring zero vehicular movement,” Singh said. “Second, we set out to identify potential groups and carry out intensive contact mapping, in addition to isolating high-risk individuals and collecting samples for testing quickly. The third step was a mass screening exercise that covered all the population for influenza-like symptoms. ” 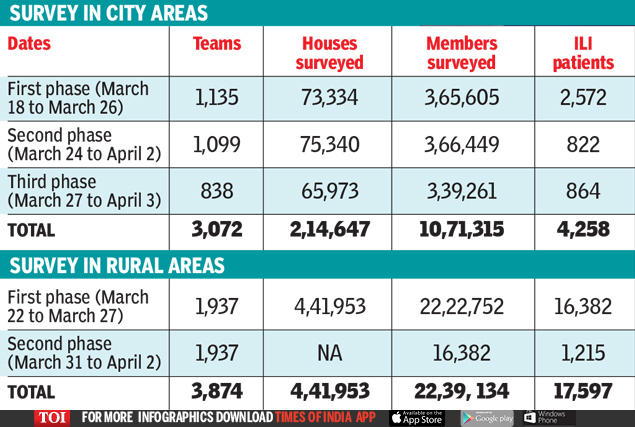 The district administration formed around 2,000 teams that went door to door selecting a population of 28 lakh residents. Although 17 hospital staff members identified as the epicenter of the outbreak have since tested positive along with some top contacts, including their families, the containment strategy appears to have prevented a full spread so far.

The last Covid-19 case in Bhilwara was reported on Saturday, after four days without new infections. Health officials are also relieved that there have been no positive cases among the 7,000 patients who visited the private hospital between March 1 and 20.

For collector Bhatt, the battle is far from over, but the Bhilwara strategy talked about as a model for others to follow is a great encouragement. “The Center has appreciated our containment model and has advocated that all districts in the country take those steps to deal with the pandemic. It is a moment of pride for us,” he told TOI.

The mystery behind India's stance on HCQ: analysis