Home | India | Top Headlines | From Kanika Kapoor testing positive for Covid-19 to her father saying she attended 3 parties, this is all you need to know | Hindi Movie News

From Kanika Kapoor testing positive for Covid-19 to her father saying she attended 3 parties, this is all you need to know | Hindi Movie News

Kanika Kapoor is the first Bollywood celebrity to test positive for the novel Coronavirus. The singer shared the details on social media and also generated controversy. Reports suggested that the “Baby Doll” singer had traveled from London to Mumbai and then to Lucknow, where she attended a party. From where he started to his party photos and his father’s contrasting statement – this is all you need to know about Kanika Kapoor:

Kanika confirms that she has tested positive for Covid-19

Kanika posted about her test on Instagram: “For the past 4 days I have had signs of the flu, I did the test and it was positive for Covid-19. My family and I are in full quarantine now and following medical advice on how to proceed. The mapping of contacts of people with whom I have been in contact is also underway. At this stage, I would like to urge everyone to practice self-isolation and get tested if they have the signs. I feel good, like a normal flu and a mild fever, however, we must be sensitive citizens at this time and think about everything around us. We can overcome this without panic only if we listen to the experts and our directives from local, state and central government. Wishing everyone good health. Jai Hind, take care of yourself.

Vasundhara Raje takes precautions
Shortly after Kanika Kapoor shared her situation, the former Rajasthan chief minister Vasundhara Raje revealed that she was present at the same party the singer attended. As a precaution, she immediately quarantined herself. “While in Lucknow, I attended a dinner with my son Dushyant and his in-laws. Kanika, who has unfortunately tested positive for # Covid19, was also invited. As a great precaution, my son and I have been quarantined immediately and are taking all necessary precautions, “Vasundhara Raje shared on Twitter.

While in Lucknow, I attended a dinner with my son Dushyant and his in-laws. Kanika, who unfortunately has tried posi … https://t.co/0LkWv5BCP7

Statement from Kanika’s father
Kanika’s father had told ETimes, “It was normal when she came to Lucknow and had no signs of any illness. In fact, she attended three or four social gatherings while here. We also visited Kanpur for a day where her nanny lives. -nani. Then we were busy changing our house. Only two days ago, Kanika had a slight fever, nose and cough, so we consulted our GP, who suggested that we send samples to analyze COVID-19. Then we called the CMO and we asked her for the tests that unfortunately turned out positive for Kanika. But we have been isolated for the last three days and have confined ourselves to our home. The health department is also sending a team to collect my wife and my samples. Our whole family will be tested now. ”

Contrasting statements from Kanika and her father
While speaking on a news portal, Kanika’s father, Rajiv Kapoor, stated that the singer had attended three parties after arriving and that he may have contacted around 350-400 people at the time. However, in her statement to the news portal, the singer said that she had attended a small meeting on March 13 and that her father cannot say that she was at three parties. The “Baby Doll” singer added that she tried not to contaminate others and was wearing gloves all last week.

Parts of Lucknow closed
Shortly after Kanika Kapoor tested positive for COVID-19, the Lucknow administration closed a large part of the trans-Gomti area where she was staying. According to IANS, the district administration ordered the closure of all stores and commercial establishments except pharmacies, gas agencies, hospitals and pharmacists in Mahanagar, Khurram Nagar, Tedhi Pulia, Abrar Nagar and throughout Kukrail nullah, Rahim Nagar and Kapoorthala. . All restaurants were also closed as a precautionary measure. The report also indicated that residents living in the building where Kanika Kapoor was located have begun to leave their apartments. 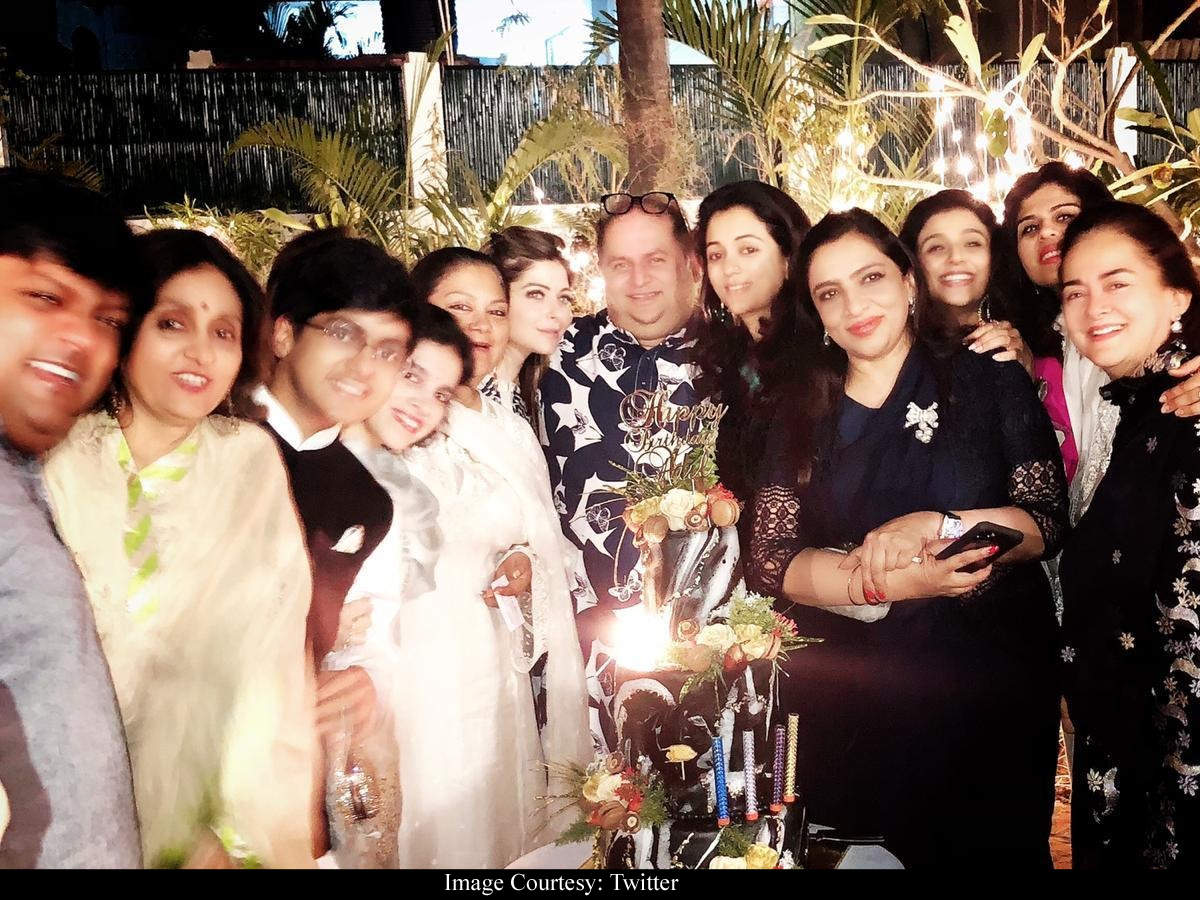 Kanika Kapoor’s party photo goes viral
A photograph of Kanika posing with former Rajasthan Prime Minister Vasundhara Raje and several other guests went viral on social media. The photo was reportedly said to have been taken at a recent party he attended, before testing positive for Covid-19.

I used to sit in the Prithvi theater as a fighter looking for strange jobs: Ranveer Singh reveals with epic throwback poster | Hindi Movie News

This sunset photo of Alia Bhatt puts an end to rumors with Ranbir Kapoor. Find out how! The | Hindi Movie News