Rumita Patel
|  Mar 19, 2020
NEW DELHI: With confirmed Covid-2019 cases crossing 100 in India, it appears we have entered the most crucial phase in the spread of the virus. Analysis of weekly data from confirmed cases in other countries struggling to contain this outbreak shows that confirmed cases increase after the number crosses 100.

Iran appears to be an exception, as cases increased several times a week. Several newspapers have criticized the Iranian authorities for neglecting the virus in the early days of the outbreak.

So far, India has performed well: in its seventh week since the first case was detected on January 30, there are 114 confirmed cases. The government quarantined India from the rest of the world with travel restrictions. But the next few weeks are crucial. 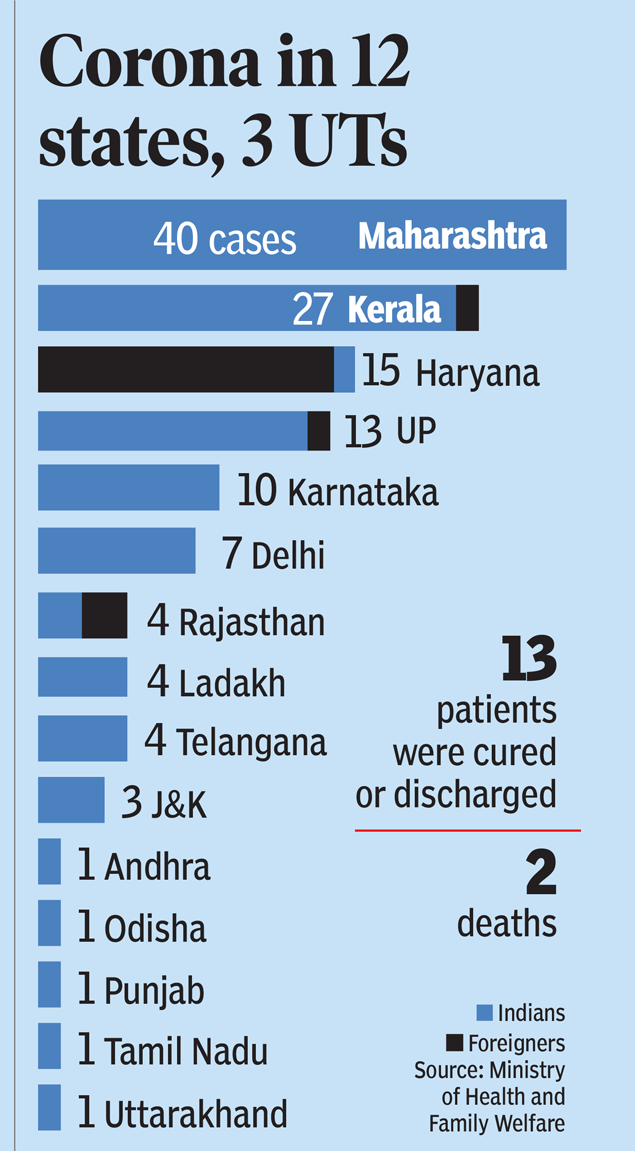 Maharashtra Coronavirus News: Those who are quarantined at home will now receive a stamp in hand | Mumbai News

Politics in times of pandemic - editorials