“In exercise of the powers conferred by subsection (a) of subsection (1) of article 80 of the Indian Constitution, read with subsection (3) of that article, the President is pleased to nominate Shri Ranjan Gogoi to Council of States to fill the vacancy caused by the withdrawal of one of the nominated members, “said the notification. 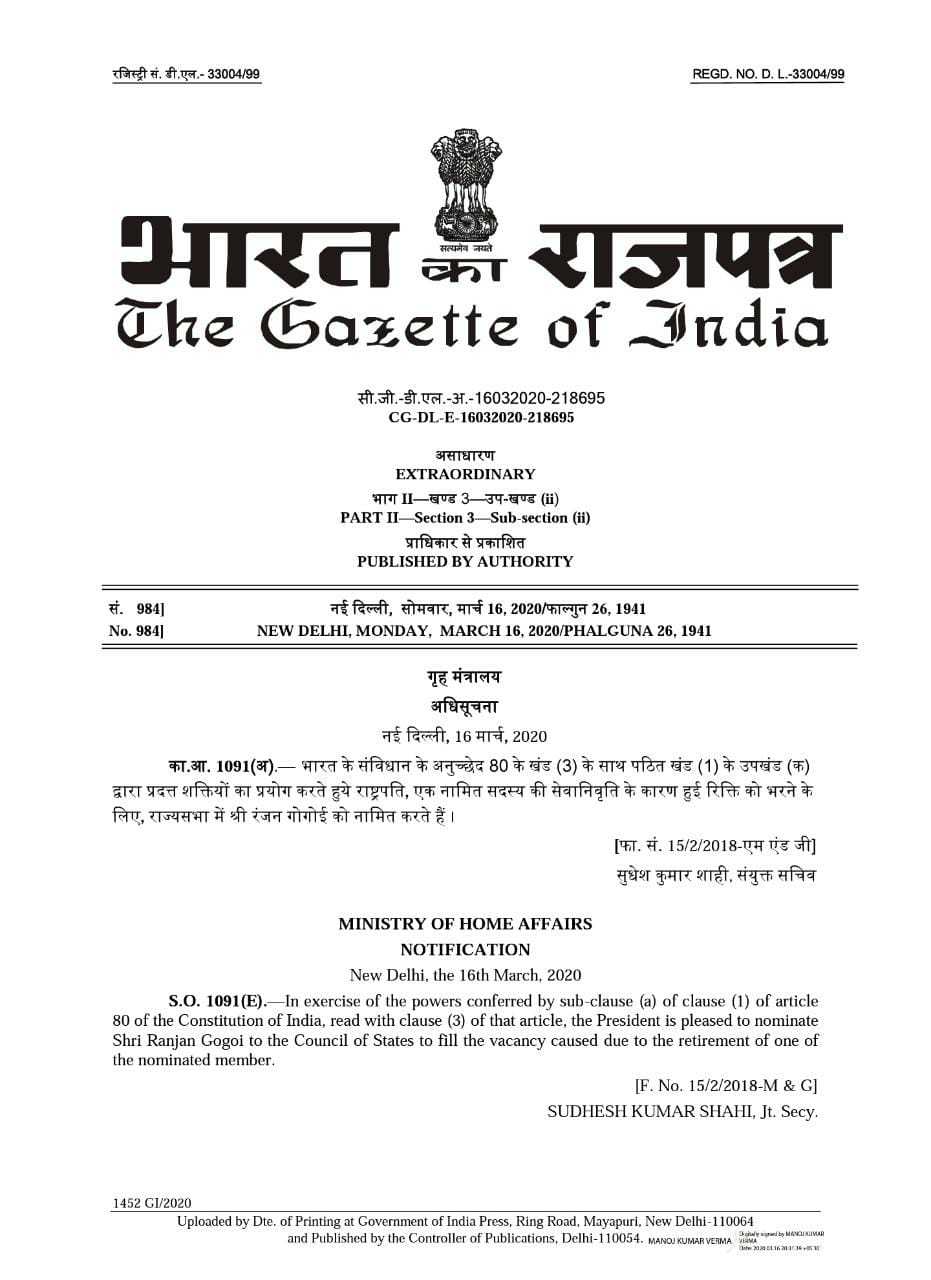 The vacancy was created due to the retirement of KTS Tulsi.

Gogoi headed a bank of five judges that issued the verdict on the delicate Ayodhya land dispute on November 9 of last year.

He retired as CJI later that month.

He also directed the banks that spoke on issues such as the entry of women into the Sabarimala temple and the Rafale fighter jet agreement.

Government: CAA is not an answer to all religious persecution in the world | India News