On March 12, 8 new cases were reported in China, Reuters reported, a dramatic decrease in the number of cases from just a few weeks earlier. The city of Wuhan, the epicenter of the outbreak, reported five new cases, for the second consecutive day the count has been less than 10, while no locally transmitted infections were reported in the rest of the country. The Shanghai financial center reported two new cases, while the capital Beijing saw one case, all imported by people traveling to China from affected areas outside the country, according to the country’s Ministry of Health.

Although China still has the majority of reported cases globally, a report by the World Health Organization (WHO) says the country’s outbreak appears to have peaked in late January. China’s drastic containment measures have brought the effective rate of virus reproduction, the rate at which an individual infects others, from 3.8 new cases per existing case to 0.32. When this figure falls below 1.0, the outbreak is generally considered to be over. 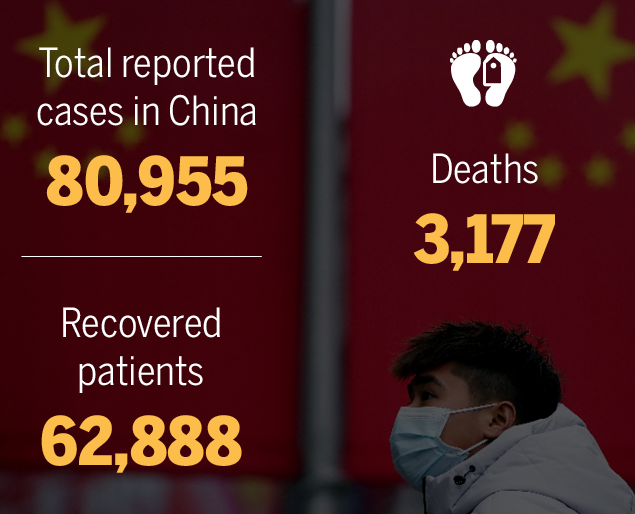 China’s measures, while extreme, did indeed contain the virus


Nicholas Chistrakis, a professor of natural and social sciences at Yale University, called China’s containment efforts a “social nuclear weapon.” He says that China’s “collectivist culture” and its authoritarian rule allowed the scale and seriousness of his response.

If we want to understand how powerful a SARS-CoV-2 (COVID-19) opponent is, let’s take a look at what is required … https://t.co/0M3UPlUXZ3

* Since January 23, restrictions were imposed on the movement in the provinces of more than 930 million people. Cities were closed and hundreds of millions of people stayed home for weeks.

* There were restrictions on local travel and food deliveries, vehicle inspection. Stores in many cities were only open for a limited time.

* When shoppers were allowed out, they had to queue in line 1.5 meters from each other.

* Several experts and supplies in abundance were dispatched to Wuhan, where the virus is believed to have originated, to contain the spread at its source.

* Body temperatures were verified and travel histories were recorded at entrances to residential areas and offices.

* Permits were issued that allowed only one person per household to leave.

* Workers organized on a large scale primarily to deliver food to homes and medicine to hospitals. 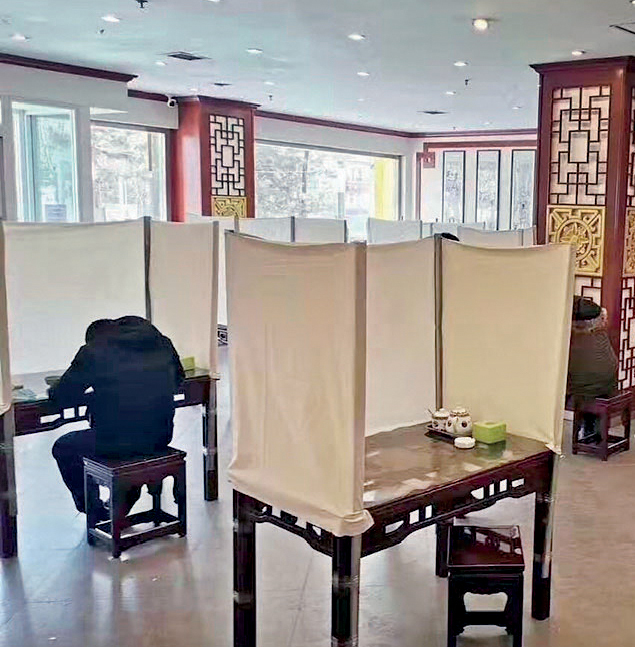 A restaurant in China uses protective shields for diners

A restaurant in China uses protective shields for diners

Telecommunications operators helped the government track and restrict the movement of people. A system called the Health Code assigns people one of three color codes based on their travel history, the time they spent at the critical points of the outbreaks, and exposure to potential carriers of the virus. Green, yellow, or red states let guards at checkpoints know who to let through.

Several Chinese companies even started using facial recognition technology to detect people with fever or those who don’t wear masks.

Social media platforms allowed users to inform others that they may be infected or disobey the rules. In some cities, people were offered rewards for reporting violations. 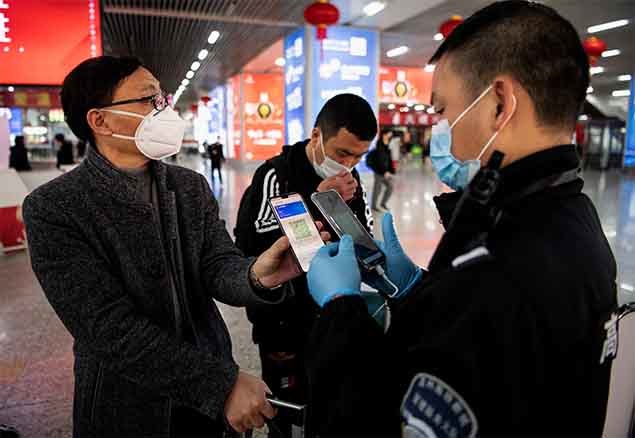 But China’s response was clouded by early mistakes.

Although China’s response received praise from WHO, it was despite mismanagement in the early stages.

The first case was reported on December 8 in Wuhan, but no action was taken until January 14.

Dr. Li Wenliang, a 34-year-old ophthalmologist in Wuhan, had tried to warn others about the spread of a SARS-like illness, but the government silenced and punished him for spreading “rumors.” Later, Li died of the disease while helping with relief efforts. 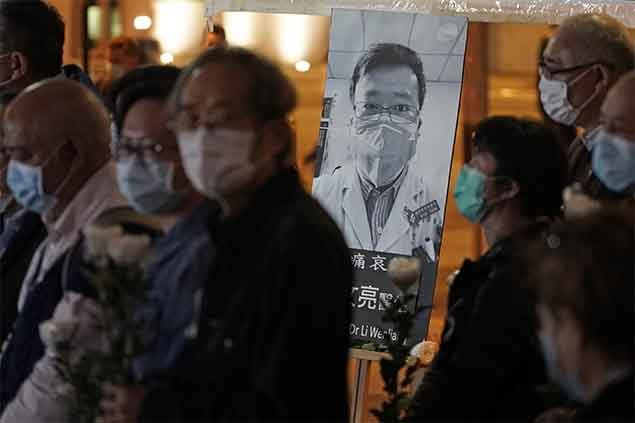 Li Wenliang was reprimanded by the authorities for warning of the coronavirus outbreak. Died while attending relief efforts (AP Photo)

Li Wenliang was reprimanded by the authorities for warning of the coronavirus outbreak. Died while attending relief efforts (AP Photo)

The government used censorship and propaganda to minimize the severity of the virus, sparking public anger when the first warnings turned out to be true.

Authorities also cracked down on discussing the virus both online and offline. In January, eight people were arrested for spreading “rumors” that the new virus was linked to SARS, which experts later said was true.

The way the Chinese livelihoods and personal freedoms have been affected has led many experts to believe that no other country could implement similar measures.

Countries studying China’s approach would need to consider how it has changed almost every corner of Chinese society. Experts also question whether such extreme measures would even be feasible in countries that do not have political systems like that of China.

Some say South Korea and Singapore would be better role models, a similar degree of discipline applied in a much less draconian way. 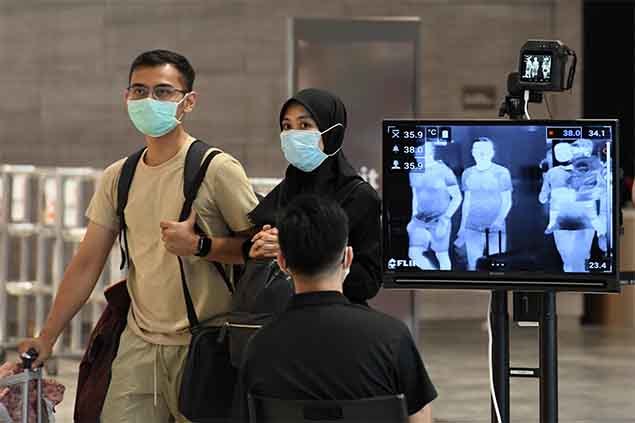 
Despite reporting the third-highest number of cases outside of China, South Korea has a much lower death rate, 0.7%, than the global figure of 3.6%. On March 13, the country reported more recoveries of coronavirus than new infections for the first time since the outbreak emerged in January. The Korea Centers for Disease Control and Prevention (KCDC) recorded 110 new cases compared to 114 a day earlier. In contrast, 177 patients were discharged from hospitals where they had been isolated for treatment. 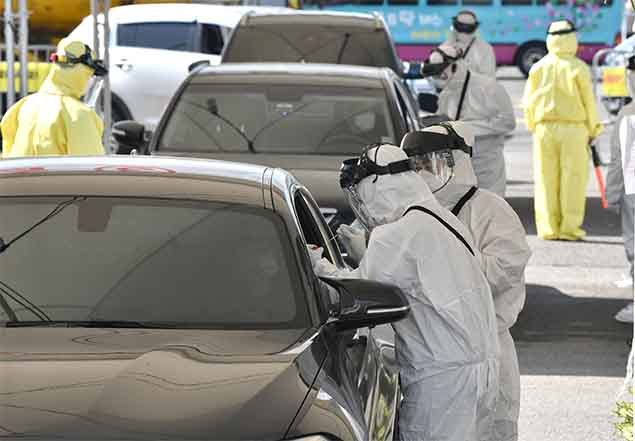 * South Korea’s containment measures have not been as extreme as China’s, even Korea’s worst-hit city, Daegu, was not completely isolated.

* South Korea coincidentally conducted an exercise on a coronavirus outbreak in December, which meant that officials were prepared when the outbreak actually came a month later.

* Rapidly increased its testing capacity, analyzing 20,000 tests per day with response times between 6 and 24 hours. Test kits were also provided free of charge to those who finally tested positive to discourage people from hiding their infections.

* But South Korea also turned out to be fortunate: The vast majority of cases came from the religious services of a Christian sect whose membership is primarily made up of younger people, who are also less susceptible to severe Covid-19 cases.