A Facebook user named Race Pathan posted a photo of yoga guru Baba Ramdev to claim that he had to be admitted to AIIMS after an overdose of cow urine to prevent the coronavirus.

The photo had a fragile-looking Ramdev in a hospital bed, surrounded by a group of doctors.

A loose translation of the Hindi legend that Pathan gave the photo says: “Baba Ramdev, famous for Salwar, admitted to AIIMS, the doctor says he consumed cow urine to avoid the coronavirus.”

Several other Facebook users shared the same photo with the same claim. 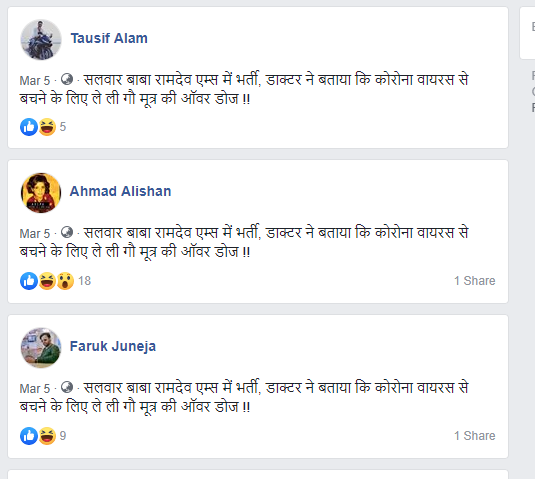 The photo is from 2011 when Ramdev had just broken his fast against black money. He had weakened due to fasting that resulted in his admission to a Dehradun hospital. The news that Ramdev consumes cow urine as a preventive measure against coronavirus is also false.

VERIFICATION AND METHODOLOGY
Using the keywords “Baba Ramdev weak hospital”, we found the original 2011 photograph in a
report by India Today. 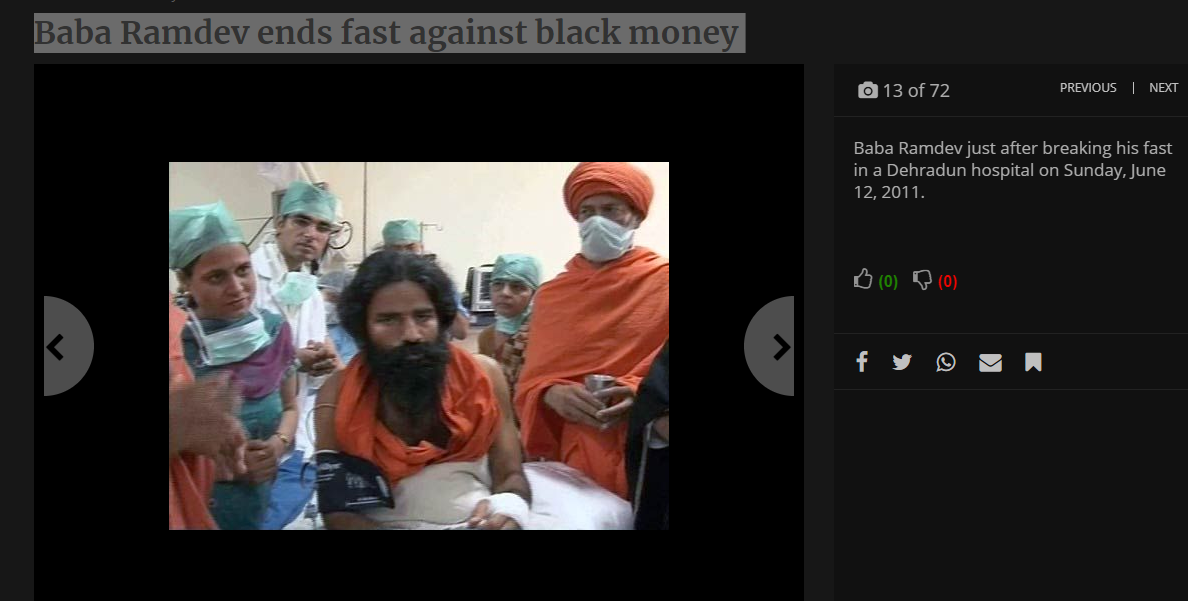 Entitled “Baba Ramdev ends fast against black money,” the report had the same image, along with several other images, when Ramdev had finished his fast at a Dehradun hospital. The photo was taken on June 12, 2011.

Swami Ramdev’s spokesperson, Tijarawala SK, also visited Twitter on March 5, 2020 and dismissed the claim that he became ill due to excessive consumption of cow urine.

Sharing screenshots of the news debates Ramdev attended in recent days, Tijarawala said: “This is all rubbish. It is a very shameful act. The Honorable Ramdev is perfectly healthy. He has been giving interviews to several news channels for the past few days. And today he travels to Bangalore. ”

Times Fact Check has found that claims that Baba Ramdev became ill due to an overdose of cow urine to prevent the coronavirus from being fake. The photo used to make the claim is from 2011, when the yoga guru had become fragile due to continued fasting against black money.

Bank News Yes: 'There is no doubt' about the merger of the Bank Yes with the SBI: Administrator Prashant Kumar | India Business News