Coronavirus News: How does the coronavirus attack? Study of 56,000 patients reveals it stage by stage | Delhi News

Rumita Patel
|  Mar 10, 2020
NEW DELHI: There is widespread panic around the world about Covid-19 caused by the new coronavirus. But what does this insidious agent of infection do to the human body? There are some answers after a review of almost 56,000 cases of Covid-19 from China, the country of origin of the dangerous spread.

The human lower respiratory tract consists of the trachea (trachea) and the bronchi, bronchioles and alveoli that form the lungs. These structures attract air from the upper respiratory system, absorb oxygen in the blood and release carbon dioxide in return. 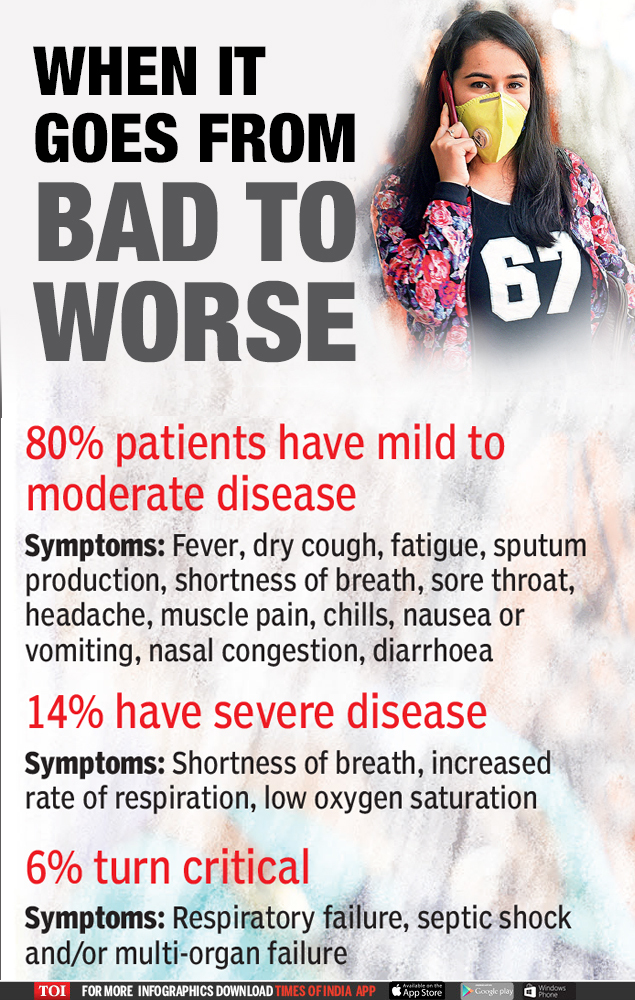 A review of Covid-19 cases that had become severe and critical, comprising 14% and 6% of total cases, respectively, showed infection caused by the virus that damages the lungs, leading to difficulty in breathing in which the patient begins to breathe faster, more than 30 times per minute and a decrease in the level of oxygen in the blood.

If the infection spreads to more than half of the lung, the organ’s oxygen transfer capacity is affected. As a result, the level of oxygen in the blood decreases. This lack of oxygen gradually affects the brain, heart, and then the other organs. 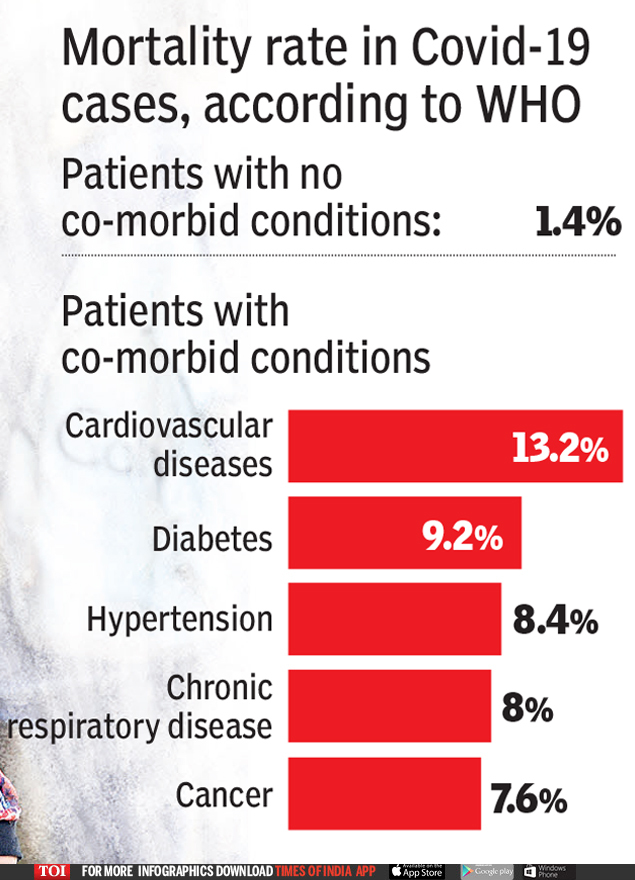 “In severe cases when the lung is damaged, complications can be limited to symptoms such as shortness of breath and low oxygen saturation. But if this continues despite treatment, the patient may begin to become restless and fall unconscious due to lack of oxygen in the brain. It can also affect the heart, kidneys and other parts of the body, which leads to multi-organ failure, ”said Dr. Arup Basu, senior pulmonology consultant at Sir Ganga Ram Hospital.

According to the report of the WHO Joint Commission in China, 13.8% of the cases reviewed involved serious illnesses and 6.1% became critical. “People with a higher risk of serious infection or death include people over 60 and those with underlying conditions such as hypertension, diabetes, cardiovascular disease, chronic respiratory diseases and cancer,” the report said.

Dr. Basu explained that patients without other conditions generally recover from acute respiratory distress syndrome (ARDS) caused by an infected lung. “Those with no history of underlying disease succumb to the condition only when there is a secondary bacterial infection,” he noted. “However, when patients already have serious or chronic conditions, it is possible that the viral infection may cause septic shock or dysfunction or multiorgan failure.” This explains why the review reported that the majority of deaths occurred among people with comorbidities.

Dr. Rommel Tickkoo, associate director of the department of internal medicine, Max Saket, said the treatment for Covid-19 is symptomatic because there is no specific medication or cure for it. “The handling of a serious case of Covid-19 involves fan support, fluid rehydration and the fight against sepsis,” said Tickkoo. He noted that even in swine flu infection, severe symptoms are similar to those of Covid-19, as is the management of the disease. However, unlike swine flu with a death rate of 0.03%, according to WHO data, the Covid-19 death rate is much higher, at around 3.4%.

Histological examination of the post mortem samples of a 50-year-old Wuhan man showed how the infection completely damaged the lung. The medical report said there was “obvious desquamation of pneumocytes and hyaline membrane formation,” indicating acute respiratory distress syndrome.

A doctor said: “In a country like India, where the infrastructure for managing severe or critical symptoms is limited, it is even more important to prevent Covid-19 from spreading.”