CHRISTCHURCH: The captain of India, Virat Kohli, was upset Monday after being asked about his lively celebrations for the dismissal of Kane Williamson on the second day of the second Test before clarifying that the match referee Ranjan Madugalle did not have Problems with what happened.

However, when Williamson was asked about the incident, the New Zealand captain downplayed the incident and said he was “typical of Virat, who plays with a lot of passion.”

After the loss of seven wicket from India here on Monday, one of the local journalists sought Kohli’s reaction to allegedly insulting Williamson and that did not go well with the captain of the visiting team. India lost the 0-2 series.

“What do you think? I am asking you the answer,” the irritation became great on the face of the Indian patron when an acute aftershock occurred to him.

“You need to find an answer and ask a better question. You can’t come here with half questions and details of what happened. Also, if you want to create controversy, this is not the right place. I talked to the match referee (Madugalle) and no he had problems with what happened, “Kohli said.

It was on day two when Williamson was fired by Jasprit Bumrah and Kohli was encouraged as usual in his celebrations. Kohli also gestured to the crowd to shut up. 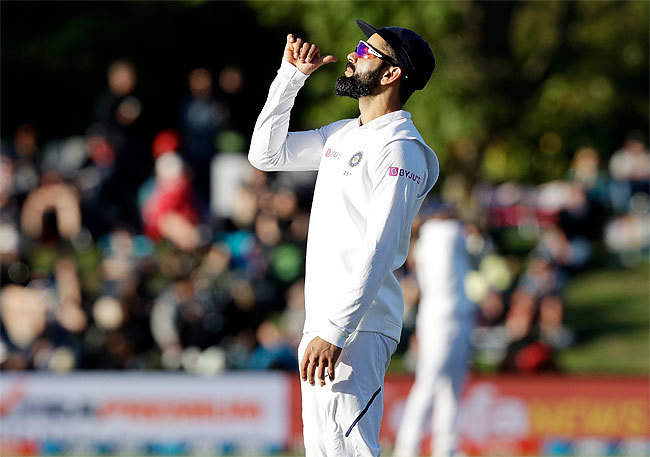 When Williamson was asked about Kohli’s celebrations, he simply laughed.

“It’s Virat and he is passionate in the field. I don’t think we need to read too much,” Williamson told PTI.

FALSE ALERT: No, the Hindus did not bury the Muslim woman, the living child