Pakistan Weekly News: agreement between the United States and the Taliban, ‘warning’ by tech giants, Trump’s visit to India and more | India News

NEW DELHI: From Pakistan “cheering” the Afghanistan peace agreement to Internet giants that threaten to suspend services in the country, here is a summary of everything that was news in the neighboring country in recent days:

Here is his weekly summary of Pakistan: 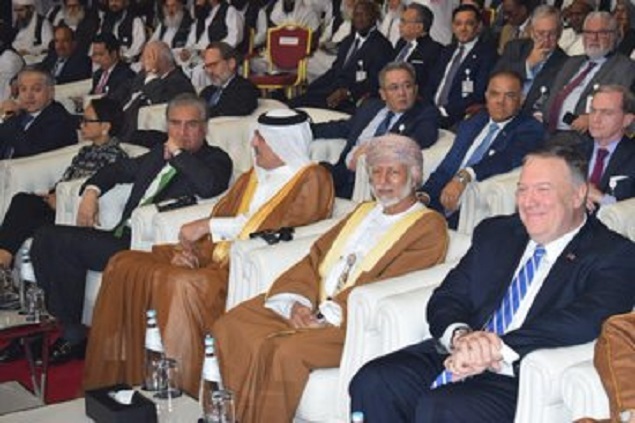 After the signing of the peace agreement between the United States and the Afghan Taliban in Doha on February 29, Pakistan “hailed” it as an “important step” towards peace in Afghanistan after 19 years of war and expected the factions Afghans will take this opportunity to reach a mutual agreement.

Pakistan was represented at the signing ceremony in the capital of Qatar by its Foreign Minister Shah Mehmood Qureshi.

In a sense, the peace agreement is a kind of victory for Pakistan, which has been the main defender of the Taliban.

Pakistan had been pressured by the United States to bring the Taliban to the negotiating table and, prima facie, has complied.

“Pakistan played a key role in the negotiations between the United States and the Taliban that led to the signing of the agreement,” said The Dawn.

Pakistani media also stressed how Pakistan “fulfilled” its share of responsibility in terms of facilitating this peace agreement.

The United States and the Taliban signed a historic peace agreement in Doha on Saturday to achieve lasting peace in war-torn Afghanistan and allow US troops to return home to the longest US war. 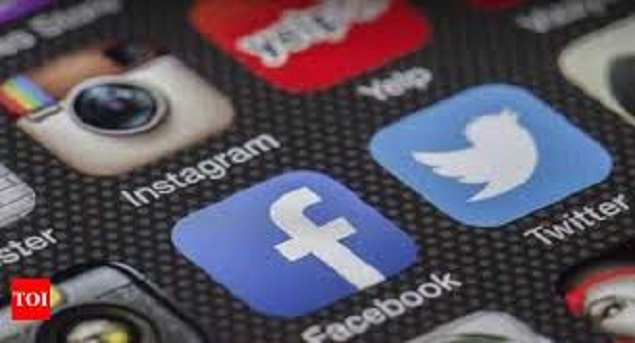 Internet giants, including Facebook, Google and Twitter, have threatened to suspend their services in Pakistan because of the new censorship rules introduced by the government, according to a media report.

Pakistan’s Tehreek-e-Insaaf government announced a new set of rules to regulate social media activity and has given all digital companies and social media platforms three months to adhere to the new regulations.

Under the new rules, social media companies will be required to disclose any information or data to a designated research agency, when requested. Failure to comply with any of the provisions will result in a fine of up to Rs 500 million.

However, internet giants threatened to suspend their services in the country if the rules are not modified, according to the report.

When writing about censorship, the newspaper Dawn said: “Censorship would deprive users of a discharge valve, a learning tool to exchange ideas, experiences and thoughts with the world in general at a cost close to zero and take away a help vital essential in this century. ” 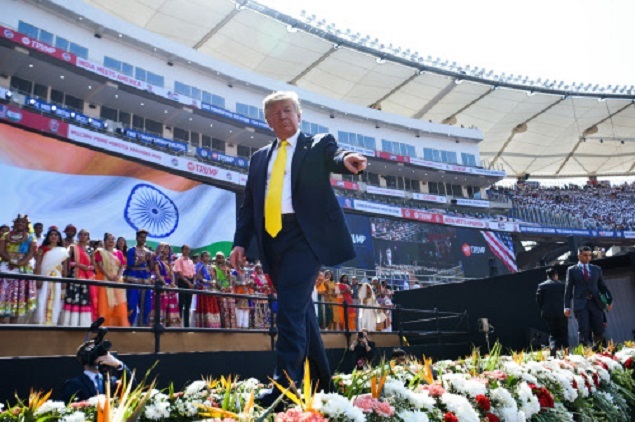 The two-day visit of the president of the United States to India from February 24 to 25 was news in Pakistan, as the media focused on how Donald Trump “praised” the country and his prime minister Imran Khan.

The Dawn newspaper mentioned the mega event of Prime Minister Modi and Trump in Ahmedabad and focused on how the president of the United States praised Pakistan during his speech. “Our relationship with Pakistan is very good and, thanks to these efforts, we are beginning to see signs of great progress with Pakistan. And we have the hope of reduced tension, and greater stability and future harmony for all the nations of South Asia, “the Trump newspaper quoted.

Another website The News International had a story with the headline: “Trump tells India that ties with Pakistan are very good.” He said: “The cries of appreciation for Trump at the Motera stadium became silent when Trump said” the relationship between Pakistan and the United States is very good. ”

Most Pakistani media highlighted how President Trump emphasized “good relations” with Pakistan during his visit to Pakistan.

Christian woman in blasphemy row: I was invited to live in France 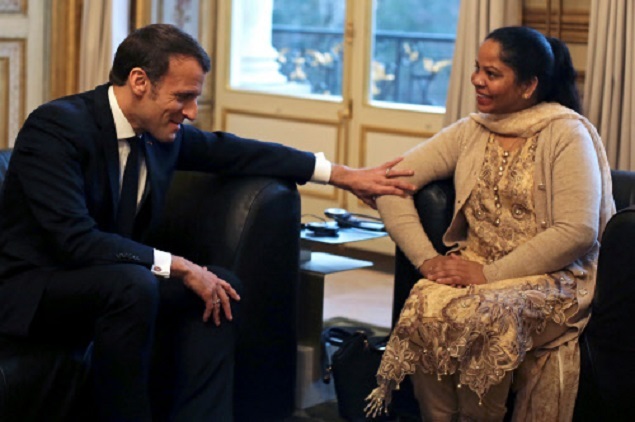 Asia Bibi, the Pakistani Christian woman who spent years on death row after a blasphemy conviction in 2010, said President Emmanuel Macron invited her to live in France.

Bibi was acquitted of a blasphemy conviction last year and has since been living with her family in Canada.

“France is the country from where I received my new life … Anne-Isabelle is an angel to me,” he said, referring to the French journalist Anne-Isabelle Tollet, who undertook a long campaign for his release and later co-wrote the book of Bibi ‘Enfin Libre! (Finally free).

The mayor of Paris, Anne Hidalgo, will grant an honorary citizenship certificate granted to Bibi by the city in 2014, while still behind bars.

However, speaking outside the headquarters of the Elysee Palace in Macron, he said he needed time to make a decision about moving to France, saying that for now he wanted to focus on his health and his family.

An Elysee official said: “France is willing to welcome you if you wish, in accordance with the procedures for an asylum application.”

Bibi, an agricultural worker and mother of four children, was convicted in 2010 for making derogatory comments about Islam. She spent eight years in death row. She was released in October 2018 after the Supreme Court of Pakistan revoked her sentence.

Pakistan says the United States invited to invest in CPEC

In an interesting move, Pakistan has invited the United States to join the China-Pakistan Economic Corridor (CPEC), an ambitious $ 60 billion infrastructure project.

On February 27, Pakistan’s Prime Minister of Commerce Imran Khan Abdul Razak Dawood said the government made the offer during a meeting with the US trade delegation headed by Commerce Secretary Wilbur Ross on Wednesday, The Express Tribune reported.

Khan’s commercial adviser, Razak, said: “The United States has shown interest in the processing of energy, oil and gas, agriculture and food (from Pakistan).”

When sharing details of the meeting, the adviser said that US officials have also expressed interest in electronic commerce. “They have agreed that the United States International Development Finance Corporation would assist in the development of new businesses in Pakistan,” said Dawood.

China has pledged to invest money in Pakistan as part of the CPEC under which it planned to build a series of special economic zones.

CPEC, which connects Xinjiang of China with the Gwadar port of Pakistan, is considered the flagship project of the multimillion-dollar Strip and Road Initiative (BRI), which aims to promote China’s global influence with infrastructure projects financed by investments Chinese all over the world. 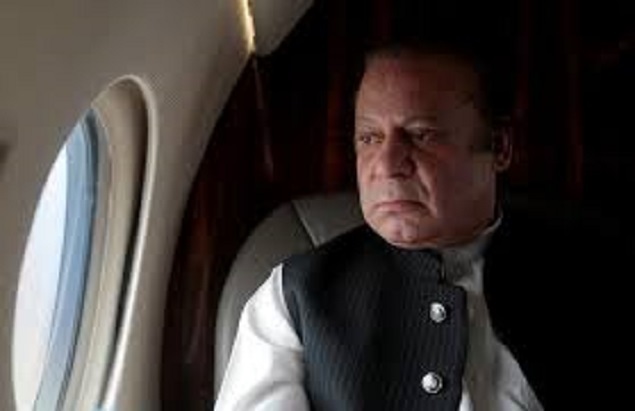 Pakistan’s former prime minister, Nawaz Sharif, has been declared “fugitive” by the government for violating bail requirements by not submitting his medical report from his doctors in London, Dawn Newspaper reported.

According to Sharif’s doctor, the three-time prime minister suffers from a complex disease of the coronary artery of multiple vessels and a substantial ischemic and threatened myocardium for which he must undergo surgery.

But the Pakistani government decided not to extend Sharif’s bail and declared him a “fugitive.” However, the government did not give details on how Sharif could be declared a “fugitive” legally, the newspaper said.

On December 24, 2018, an accountability court sentenced Sharif to seven years in prison in the corruption case of Al-Azizia Steel Mills and acquitted him in the Flagship case.

News from the Nirbhaya case: The delay in hanging shows the system failure | Delhi News