Rumita Patel
|  Feb 27, 2020
NEW DELHI: Their homes are gone, their livelihoods destroyed. But the approximately 40 Muslim residents of Ashok Nagar in northeast Delhi found brotherhood and hope amidst the smoking ruins.

When a crowd set fire to their homes and shops on Tuesday, Hindu neighbors gave them more than relief: they opened their homes to the victims.

A mafia of 1,000 members entered the colony near Badi Masjid around 1 pm They broke into the mosque where at least 20 people offered prayers. “I was in the mosque when suddenly a large group of people came in and started shouting slogans. We ran to save our lives,” Khursheer Alam recalled, standing in front of the remains of his house, which was among the six looted and burned by The troublemakers. .

The mafia also shattered the mosque and set it on fire. Mohammad Tayyab, a local, said the mafia arrived at the building’s terrace around 1:30 p.m., and raised the tricolor and saffron flag. These were removed by the locals on Wednesday morning.

The locals in the area kept asking the troublemakers not to damage any property, but they didn’t listen. They were all strangers. “Most of the men in the group covered their faces and were armed with iron bars. Soon they began to burn the stores in the area. We feared they would kill us,” said Rajesh Khatri, a resident of Ashok Nagar. .

After pointing to the stores, the men headed towards the six houses. “There are only six Muslim families living in the neighborhood and these men knew for sure because they did not attack any other houses. They left nothing, ransacked everything. Now we are homeless,” said Mohammed Rashid.

“However, when we thought we would be reduced to living on the streets, our Hindu friends in the neighborhood helped us. They have been with us for the entire time and have stayed in their homes. We have been living here for the past 25 years. and never in these years have we had a single discord with any of our Hindu neighbors. We all coexist here as a family, “said Rashid. 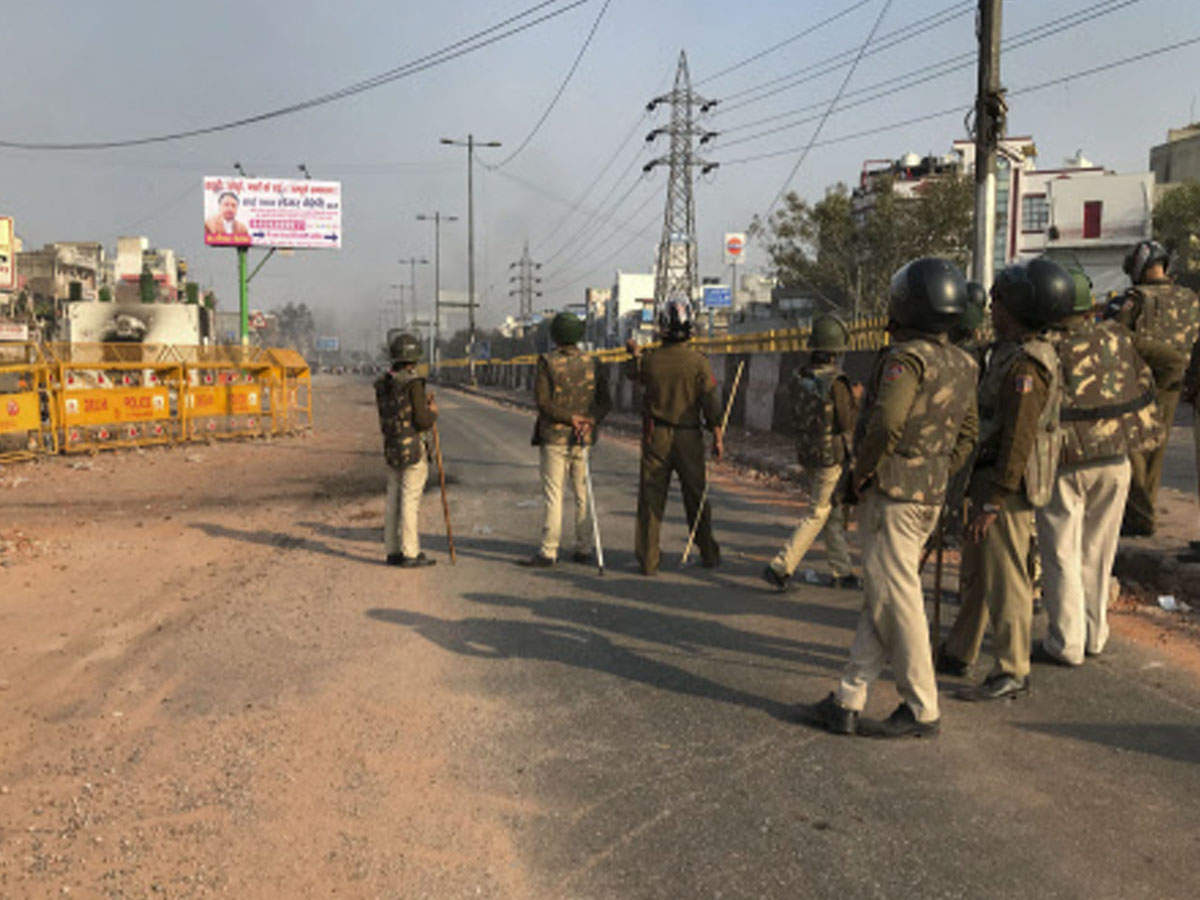 Sources said the special branch and the intelligence wing had sent multiple wireless radio alerts to the northeast district and the police after the BJP leader’s tweet, Kapil Mishra, on Sunday. The clashes broke out the same afternoon and turned into complete riots the next day, but the police did not act on time. The police, however, denied being lax with these alerts.

Pintu, his neighbor, said: “We will support them no matter what. We are also Hindus, but we can never think of harming people or their property. Some of the stores that have been burned were owned by these families only. Now their homes and their livelihoods are destroyed. We will not let them be alone in their misery, “he said.

Neeraj Kumar, another resident of Ashok Nagar’s number five gali, said people in the area were helping each other after the violence. “We did not recognize any of the troublemakers. The people who stay here will not be harmed since we have lived peacefully for years. There were two waves of attacks. One around 1 pm and another around 4 pm,” Kumar said. .

Danish, whose home was one of six that caught fire, said they were helpless against the mob. “We called the police several times, but they arrived an hour late. At that time, much of the damage was already done and they ransacked most of the houses. The police took our family to the police station for security, where we passed the night, “he said.

It was not only Muslims who suffered. Raj Kumar, who sold slippers in a store directly under the mosque, caused his establishment to be looted and burned. “They didn’t forgive anyone. Although my shop had been closed for the past few days, I had no idea that this would happen in Ashok Nagar. I just came to inspect the store on Wednesday morning and discovered that it had been reduced to ashes,” he said. Kumar

Donald Trump: India is amazing, much progress was made in bilateral relations during the visit | India News