Home | India | Top Headlines | Riots in Delhi: he could not have let anyone cross his path: Delhi policeman who faced the barrel | Delhi News

Riots in Delhi: he could not have let anyone cross his path: Delhi policeman who faced the barrel | Delhi News

NEW DELHI: “Agar mere saamne koi mar jaata, toh bahut dukh hota hamesha … (if someone had died in front of me, it would have hurt forever),” police chief Deepak Dahiya (31) told TOI on Tuesday . A day earlier, Dahiya had met face-to-face with a troublemaker, who pointed a gun at him while he himself was challenging with only one lathi in his hand.

Dahiya comes from Sonepat and was included in the Delhi police in 2010 as an agent. He cleared the exam for the post of police chief and is currently receiving training in Wazirabad. 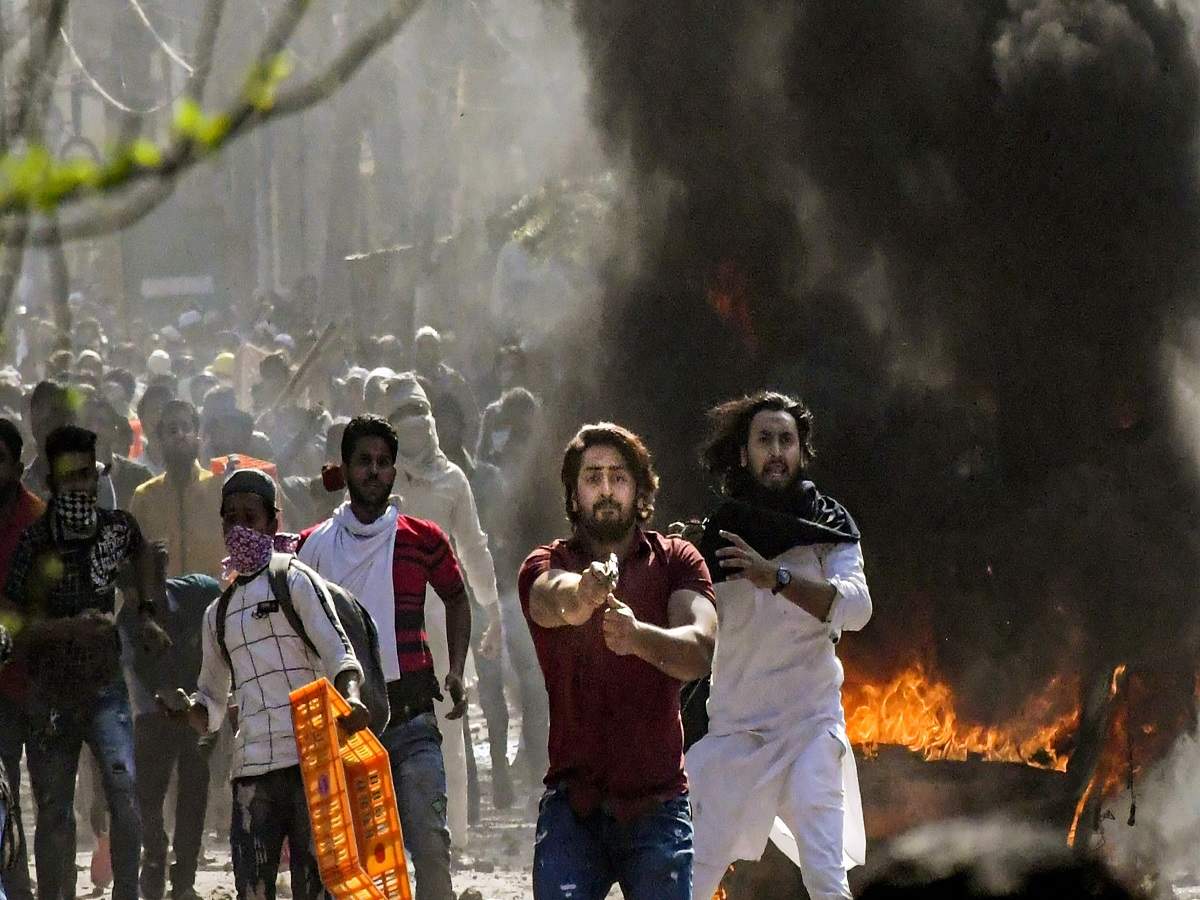 Delhi clashes: man who aimed a gun at the face of a detained policeman

The man who fired several rounds during violent clashes in northeast Delhi was arrested by police on Monday night. The man was identified as Mohammed Shahrukh, who was caught by the camera in front of a lone policeman. Then he opened multiple rounds of fire with a crowd of hundreds inciting him. He even pointed the gun at the policeman’s face at close range.

Recalling the events on Monday that catapulted him to the front page of the newspapers, Dahiya said: “I was deployed in Maujpur Chowk. Things suddenly took an extremely violent turn and people began throwing stones at each other. As I approached the scene of violence, I heard a shot. I saw a man in a red sweatshirt … he was holding a gun. I immediately jumped to the other road to divert his attention.

Live: the army should be called, says Kejriwal

Dahiya explained that in such situations, a policeman is trained to put the lives of civilians above his own. “I was charging ahead … I approached him to divert his attention … He could not have allowed anyone to get in his way. My priority was to make sure there were no victims,” ​​he said. When asked what he was thinking about that particular moment, Dahiya said: “Kaam hain mera, karna hello hai … (it’s my job and I have to do it)”.

Dahiya’s wife and two daughters reside in Sonepat, along with the rest of her family. Until Tuesday morning, they did not know that he had been so close to death. “I didn’t tell them anything, but my picture went viral on social media. My wife called me worried. I tried to dodge her questions, but although my face was not visible in the photographs, she recognized me by the blue stripes on the jacket … I kept quiet because I know she has full confidence in me, “he said.

Dahiya comes from a family of men in uniform. His father retired from the Coast Guard of India. He has two younger brothers: one with the Delhi police and the other with the coast guard.

There are no provisions for relief of disturbance-related deaths: Yogi Adityanath | India News

There were no Pakistani planes within 150 kms of our attack package, says former IAF chief in the Balakot airstrike | India News