Coronavirus in India: 5 in the Manesar camp develop symptoms, sent to the Army Hospital in Delhi | Delhi News

NEW DELHI: On a day when a third case of coronavirus was confirmed in Kerala, five of the evacuees brought from Wuhan in China and held at a quarantine center in Manesar were taken to the Army Base Hospital in Delhi after showing symptoms of cough and cold .

Authorities said all five were taken to the hospital as a precaution since coronavirus infection had not yet been confirmed in any of them. “Samples of the five were sent for various tests to AIIMS. We have received the test result from a person and it is negative. The results of the other four are expected, ”they said. 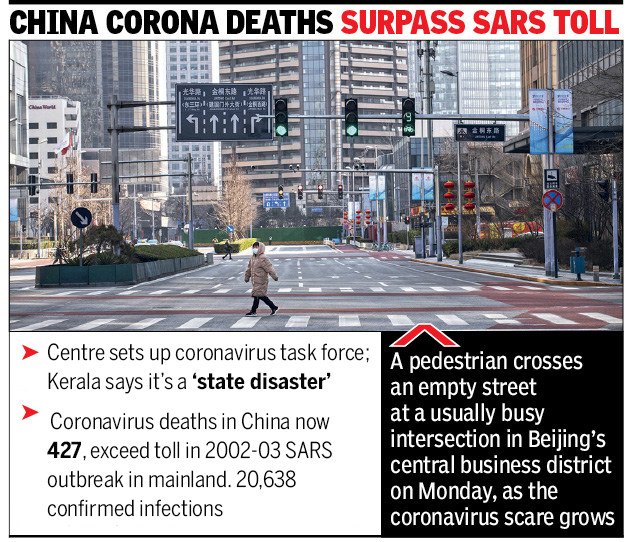 In Kerala, after a third confirmed case of coronavirus on Monday, the government declared the outbreak as a “state-specific disaster.” The label will help the government allocate more funds to prevent the spread of the disease, while the police will obtain additional powers to deal with the situation. 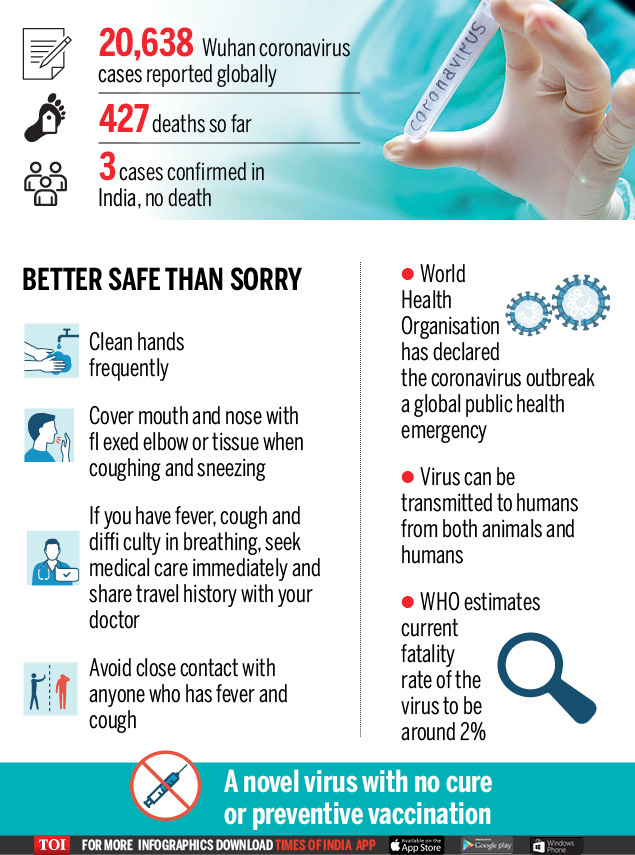 Coronavirus: 13 suspicious patients admitted to RML in one week

On Monday, a 19-year-old medical student, who returned from Wuhan, tested positive for coronavirus in the Kasaragod district of Kerala. The student had flown from Wuhan to Kolkata and from there took another flight to Kochi before boarding a train to Kasaragod on January 27.

In a special operation, the Indian government evacuated over 600 people, mostly students, from the new areas affected by China’s coronavirus over the weekend.

They are housed in two quarantine facilities established by the Army in Manesar, from where the five suspected cases were taken to the hospital, and by the ITBP in the Chhawla camp.

Base hospital sources said any of the evacuees who show symptoms of coronavirus infection will be isolated from the group and admitted to the hospital.

“The only way to reduce the risk of spreading the disease is through a strict examination of people who come from the affected areas. In addition, anyone who is positive for viral infection should be treated separately to reduce the risk of transmission This can be done better in this Army facility because of the strict discipline that follows here, “said a senior doctor at the Base hospital, who did not want to be cited. The base hospital is the backbone of any disaster management operation in the country It has created a full-fledged isolation room with a capacity of almost 100 beds that can be expanded further according to the requirements.

The RML hospital said Monday that a total of 13 suspicious patients were admitted to the hospital in the last week.

“The reports of eight patients have been negative and have been discharged. Reports of five others are expected, ”said an official.

Virologists say that the coronavirus is like SARS and MERS, two other viral infections that have caused outbreaks in the past in different countries. “This is a new virus and people are not immune to it. Therefore, strict control of people coming from affected areas is the only way to control its spread. If the infection spreads in India, it can It is not easy to address the transmission, since the coronavirus is a respiratory infection that can spread through the air, ”said a senior virologist at AIIMS.

The World Health Organization has declared that the outbreak of coronavirus is a global public health emergency. Recommends that the general public clean their hands frequently using an alcohol or water and soap-based hand sanitizer. “Avoid close contact with anyone who has a fever and cough. If you have a fever, cough and shortness of breath, seek medical attention early and share your previous travel history with your doctor, ”officials said.

An AIIMS doctor who was appointed at the ITBP-administered quarantine facility outside Delhi said they use protective equipment to reduce the risk of infection. “Those evacuated at ITBP facilities are happy. They are receiving food on time. In addition, regular monitoring of your symptoms is performed. Once it is ensured that they are not carriers of the virus, they will be discharged, “he said.

China News: China, desperate to stop the coronavirus, turns its neighbor into a neighbor | World News