Home | Sports | ‘Thappad’: The first look poster of the Taapsee Pannu starrer is right on point and will leave you intrigued! | Hindi Movie News

‘Thappad’: The first look poster of the Taapsee Pannu starrer is right on point and will leave you intrigued! | Hindi Movie News

After impressing one and all with his hard-hitting films like, ‘Mulk’ and ‘Article 15’, filmmaker Anubhav Sinha is all set with his next titled, ‘Thappad’. Starring Taapsee Pannu in the lead role, the film has already created a lot of buzz ever since it was announced.
Ahead of the much-awaited trailer launch on January 31, 2020, the makers have unveiled the first look poster of the film and it is sure to leave you intrigued. In the poster, rightly as the title suggests, Taapsee can be seen as though she has been slapped hard by someone. Her intense expression of shock and pain is clearly evident on her face. It would not be wrong to say that it is indeed a thought-provoking poster.

Check out the poster here: 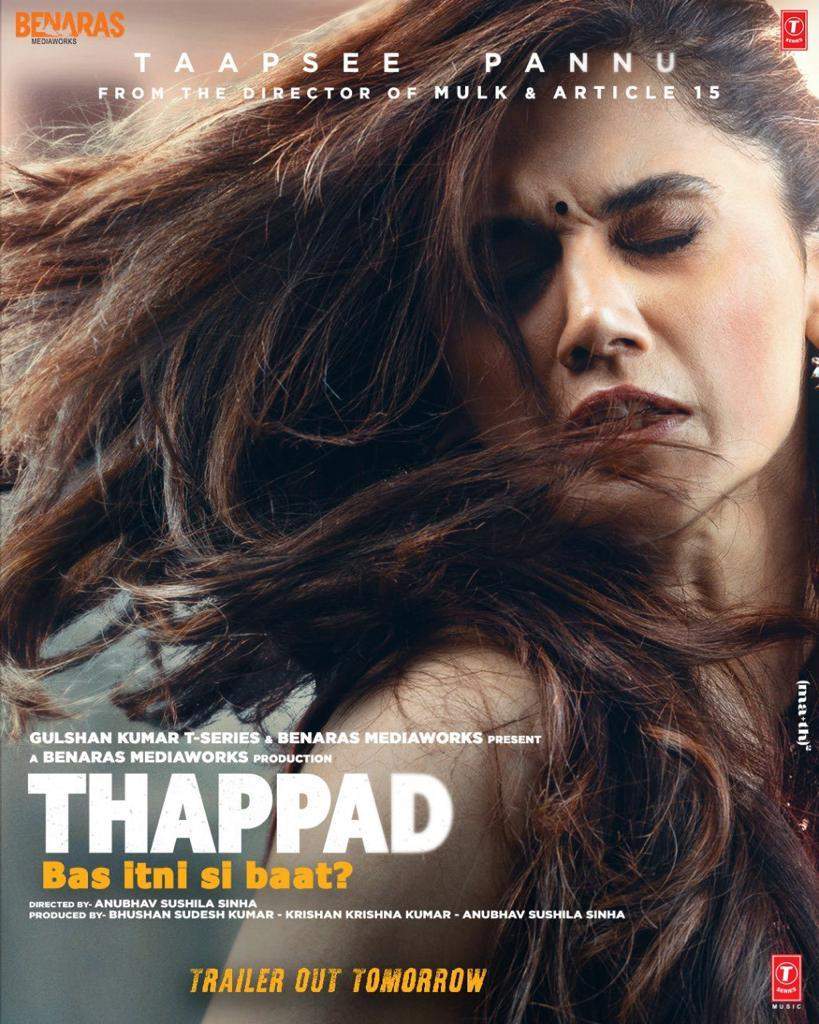 Although not much has been disclosed about the Anubhav Sinha directorial but fans can expect a high on the content quality driven film.
Apart from Taapsee, the movie features Ratna Pathak Shah, Manav Kaul, Dia Mirza, Tanve Azmi, Ram Kapoor and others.

On the work front, she will also be seen in ‘Shabaash Mithu’ where she will be seen playing the role of India’s Women Cricket team captain Mithali Raj.