NEW DELHI: The Election Commission on Wednesday ordered the removal of BJP leaders Anurag Thakur and Parvesh Verma from the list of star campaigners for Delhi polls over their controversial remarks.

An order issued by the poll body on Wednesday barred the two leaders who made objectionable comments while campaigning during election rallies. 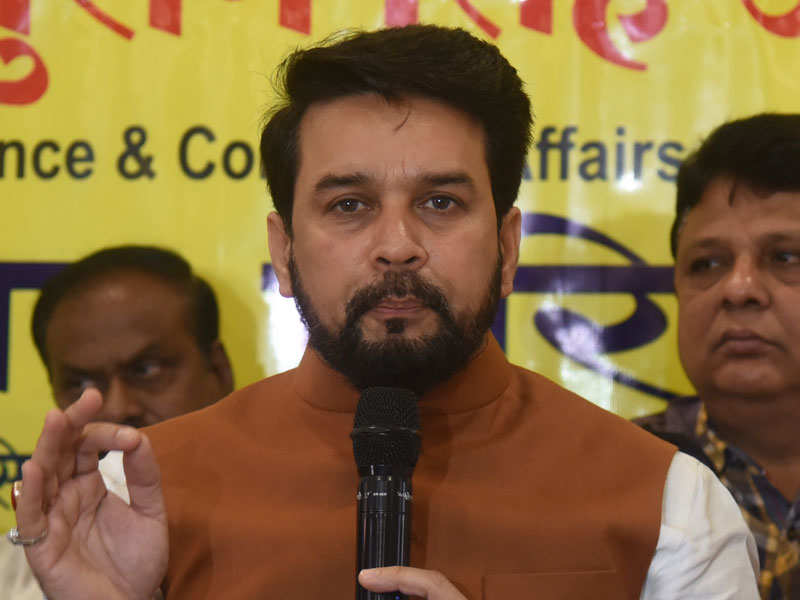 Triggering a row, Union minister Anurag Thakur on Monday egged on participants of an election rally to raise a slogan that “traitors should be shot”, after he lashed out at anti-CAA protesters. At the rally in Delhi, Thakur shouted “desh ke gaddaron ko” to which the crowd responded “goli maro sa*** ko” (shoot down the traitors).

“The Election Commission has ordered the removal of Anurag Thakur and Parvesh Sahib Singh Verma from the list of star campaigners of the Bharatiya Janata Party for the general elections to the legislative assembly of the NCT of Delhi with immediate effect and until further orders,” it stated.

During an election rally here, BJP leader and Union minister Thakur egged on the crowd to raise an incendiary slogan – “traitors should be shot at” – after he lashed out at anti-CAA protesters, officials said.

West Delhi MP Verma on Tuesday said what happened in Kashmir with Kashmiri Pandits could happen in Delhi, warning that lakhs of anti-CAA protesters in Shaheen Bagh could enter homes to kill and rape women.

The EC asked him to respond to the notice before noon on Thursday. It said if he fails to respond, the EC will take a decision without any further reference to him.

‘Thappad’: The first look poster of the Taapsee Pannu starrer is right on point and will leave you intrigued! | Hindi Movie News