KOCHI: The mobile phone of Abdulla S S, a Thiruvananthapuram native currently in Bur Dubai on visit visa hunting for jobs, has not stopped ringing ever since the screenshot of reply email he received from a prospective employer that asked him to join anti-CAA protests at Shaheen Bagh in Delhi went viral.

Hours after Abdulla, a mechanical engineer, send out the mail with a desparate header ‘Willing to work without salary for training period’, he got a reply from a person identified as Jayant Gokhale. 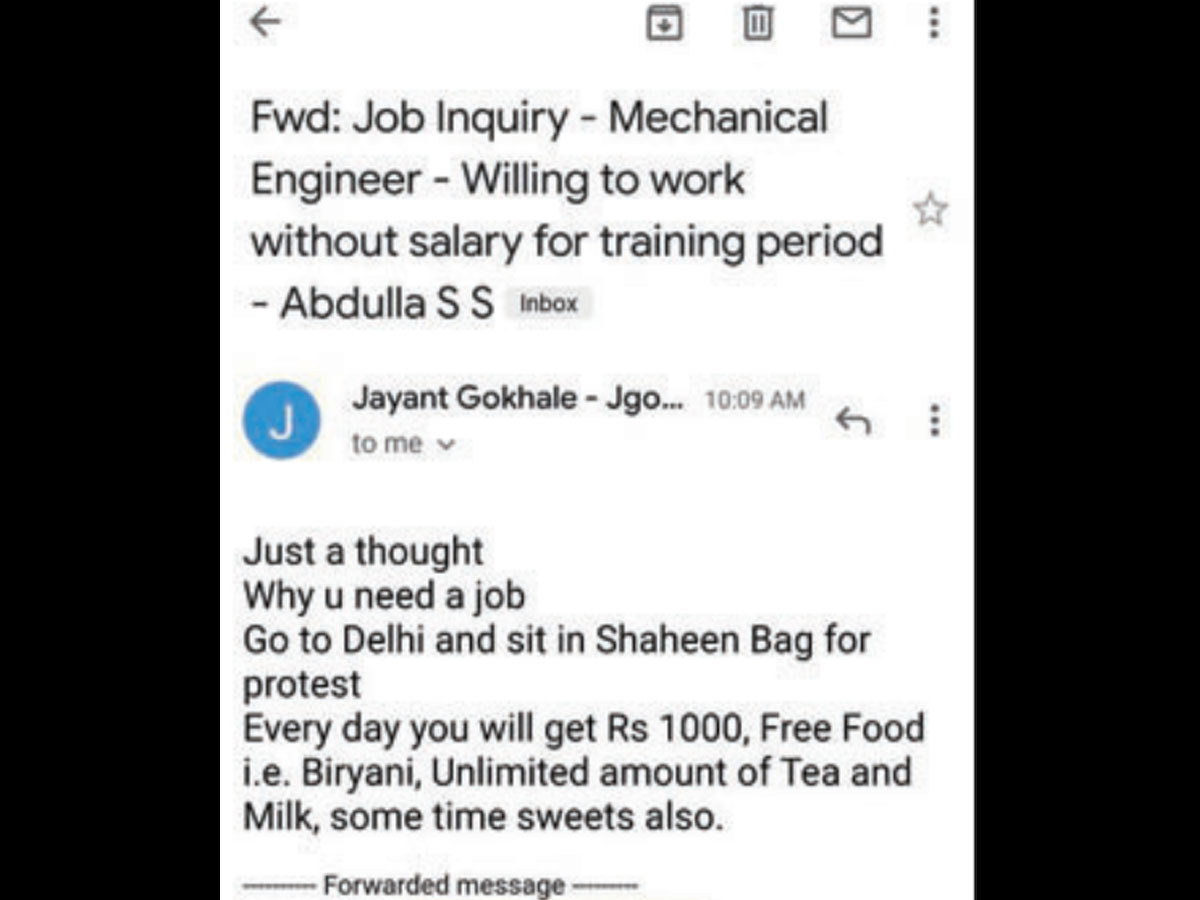 Screenshot of the email

“Just a thought. Why u need a job. Go to Delhi and sit in Shaheen Bagh for protest. Every day you will get Rs 1,000, free food i.e biryani, unlimited amount of tea and milk, sometimes sweets also,” the mail said. Several people who shared the post on social media criticized the sender of the mail for harassing a job seeker on the basis of religious identity and suggesting that Shaheen Bagh protesters are paid, an allegation levelled by those supporting CAA.

Abdulla said he had been sending numerous job applications. The reply referring to the Shaheen Bagh protest was for one of the many mails he had sent. “I had sent a screenshot of the mail to my brother’s friend and I think it was he who posted it on social media. Now, many people are calling with offers of help. I am also getting abusive calls thinking I am the employer,” said Abdulla over phone from Dubai.

Some want him to move legally against the person who sent out the mail. “I don’t want to file any legal complaint. My only concern is securing a job,” said Abdulla.