Think Virat Kohli and you will think of a fierce competitor who gives his 100 percent on the field every single time, both as a batsman and as India and Royal Challengers Bangalore captain.

The number one player in the ICC Test and ODI rankings for batsmen is a force to reckon with for every opposition team in the world. Under Virat’s captaincy Team India reclaimed the number 1 Test rank in the world. He recently became the first Indian to score 40 centuries as captain. He is also the most successful Indian Test captain ever with 33 Test wins under his belt. And the list goes on and on.

In other words, Virat the batsman and the India captain has conquered the world.

But, one tournament where Virat the captain still remains empty handed in terms of silverware is the IPL. In the 12 seasons of the Indian Premier League so far, Virat has played for only one team, the Royal Challengers Bangalore. And RCB have never won the IPL title.

In fact, one of the big questions before every IPL season is will RCB break their title jinx and will Virat Kohli, who was appointed as the official captain of RCB ahead of the 2012 season finally win the IPL title?

In the run up to IPL 2020, it’s not surprising that the fans have begun asking the same question. In fact one fan during the first India vs New Zealand T20 international in Auckland on Friday was seen holding a banner which read “13 kya hoga Kohli-ya?”. A witty take on the famous dialogue from the blockbuster film Sholay used to ask the question – will season 13 be Virat’s season? 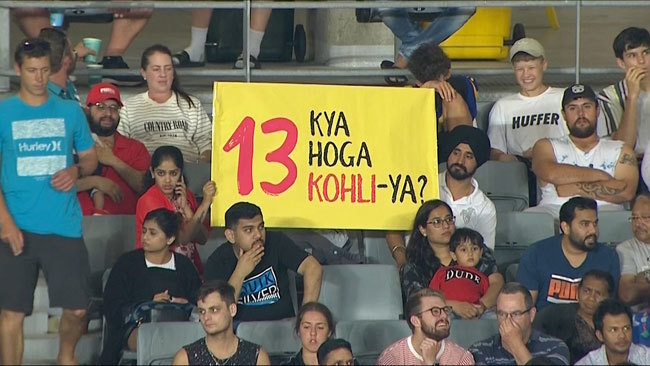 Virat the batsman has set the stage on fire in the IPL many times. In fact, the 973 runs he scored, with 4 centuries and 7 fifties in the 2016 season, when RCB finished as the runner-up, is a record that will be very hard to break. In fact, Virat is the leading run getter in IPL history with 5412 runs.

But Virat the RCB captain is still waiting to break the team’s title jinx.

From the inaugural season of the IPL in 2008, the complexion of the Royal Challengers Bangalore team has changed multiple times. Many different batting and bowling combinations have been tried, coaches have changed, but the quest for the holy grail of franchise based domestic T20 cricket continues for Virat and his team. The sheer unpredictability of the team is perhaps best showcased in the fact that RCB hold the records for both the highest (263/5 in 2013) and lowest (49 all out in 2017) team totals in IPL history.

So, will IPL season 13 prove to be the lucky one for Virat and his team?

For most Indian fans there is an emotional connect also of sorts with RCB, regardless of which team they might support in the IPL. And that connect is because of Virat’s incredible popularity across the country. So, most fans do feel bad when RCB struggle. 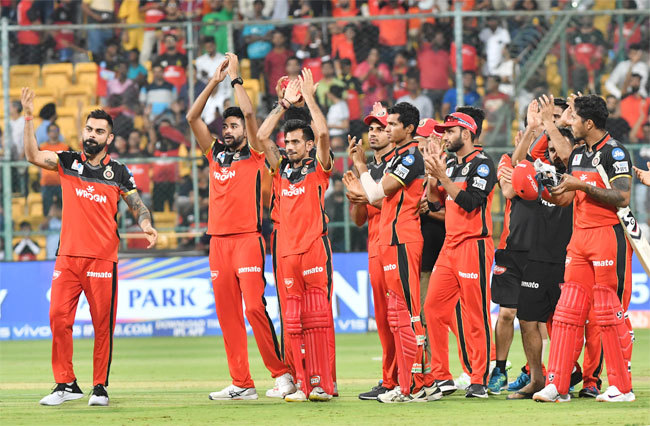 There have been 8 seasons with Virat at the helm of affairs at RCB (from 2012 onwards). In that time the franchise has managed to finish in the top 3 only twice, finishing last on the points table in 2017 and 2019.

T20 will be the flavour of the year in 2020 and 2021, with two back to back T20 World Cups lined up. In that context, the IPL will be a very important platform for cricketers from across the world to sharpen their T20 skills.

If the team backs their captain and every player manages to step up to the plate, IPL season 13 could well see RCB under Virat Kohli’s captaincy finally break their title jinx.