This year the President has approved conferment of 141 Padma Awards including 4 duo cases (in a duo case, the Award is counted as one). The list comprises 7 Padma Vibhushan, 16 Padma Bhushan and 118 Padma Shri Awards.

34 of the awardees are women and the list also includes 18 persons from the category of Foreigners/NRI/PIO/OCI and 12 posthumous awardees.

Jaitley, Swaraj, Fernandes and Parrikar have been given the award posthumously, the officials said.

Ekta Kapoor, Kangana Ranaut
+ are among 118 who have been awarded Padma Shri.

Singers Suresh Wadkar and Adnan Sami, as well as veteran TV actor Sarita Joshi have been conferred with the fourth highest civilian award of the country.

“Congratulations to all those who have been conferred the Padma Awards,” he tweeted.

The prime minister said the awardees include “extraordinary individuals who have made exceptional contributions to our society, nation and humanity”.

Congratulations to all those who have been conferred the Padma Awards. The awardees include extraordinary individua… https://t.co/LcAUKQBi5r

There are 21 ‘unsung’ heroes who were given Padma Shri this year including Jagdish Lal Ahuja, who serves free food to patients and attendants outside PGI hospital in Chandigarh; Mohammed Sharif from Faizabad, who has performed last rites of over 25,000 unclaimed bodies’ and veterinarian from Assam Kushal Konwar Sarma who is known for treating elephants. 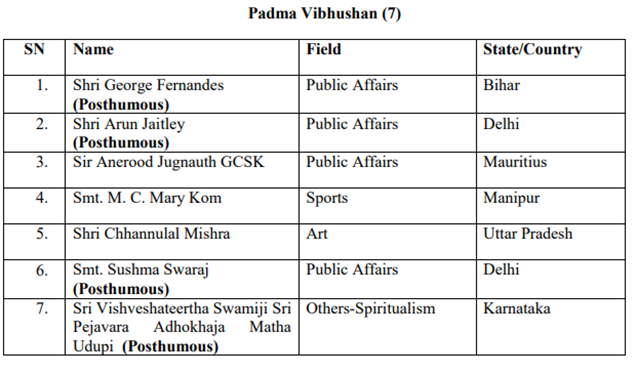 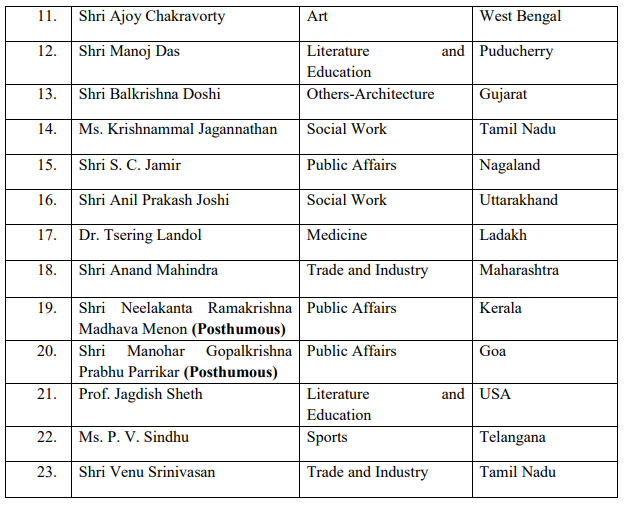 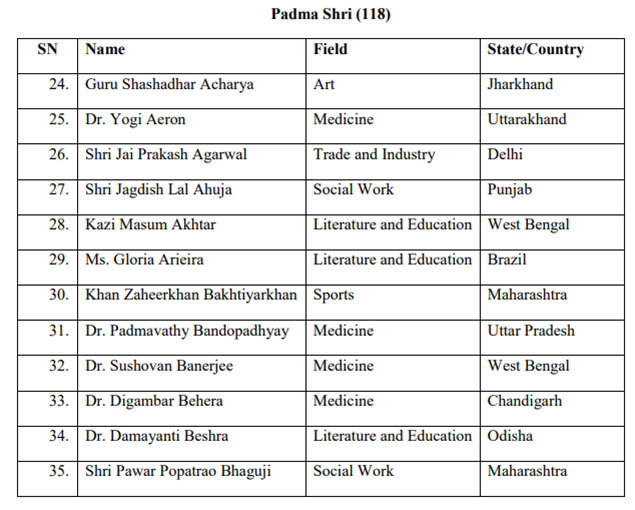 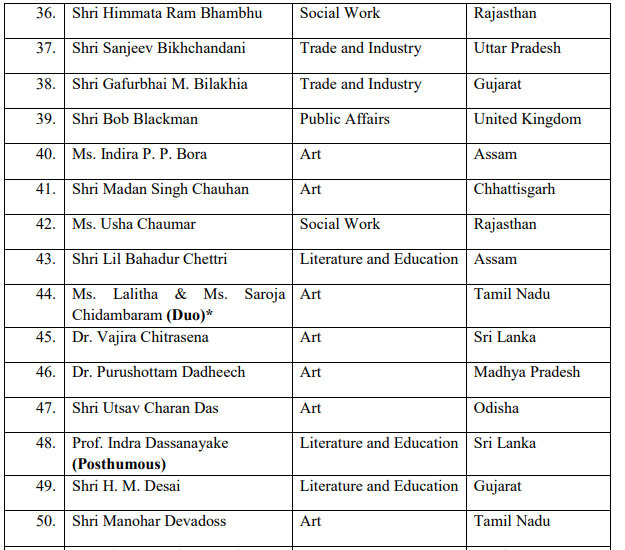 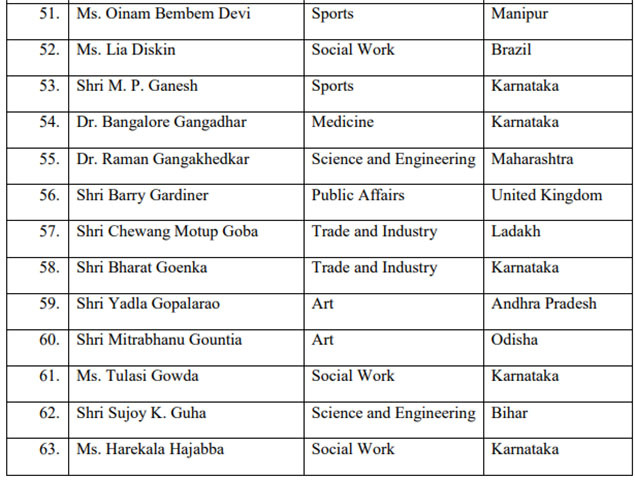 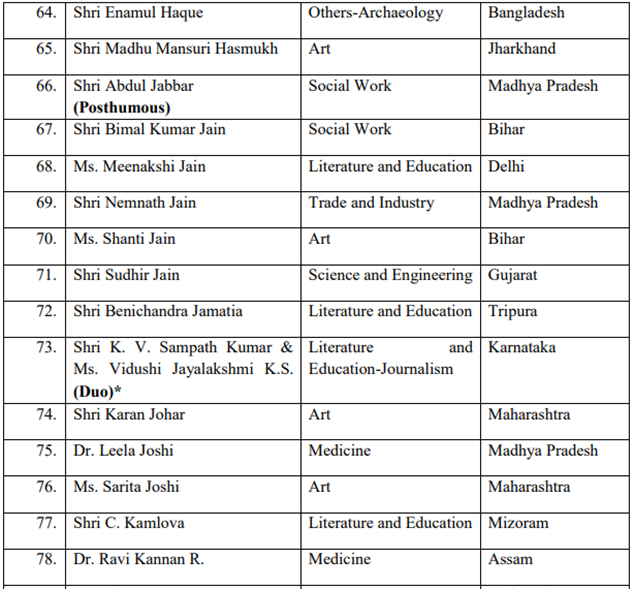 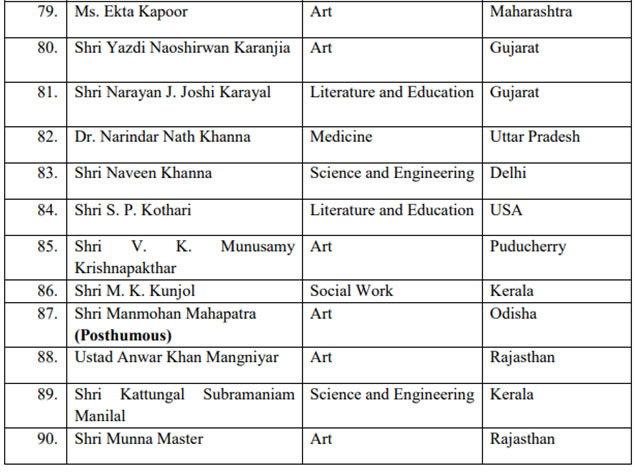 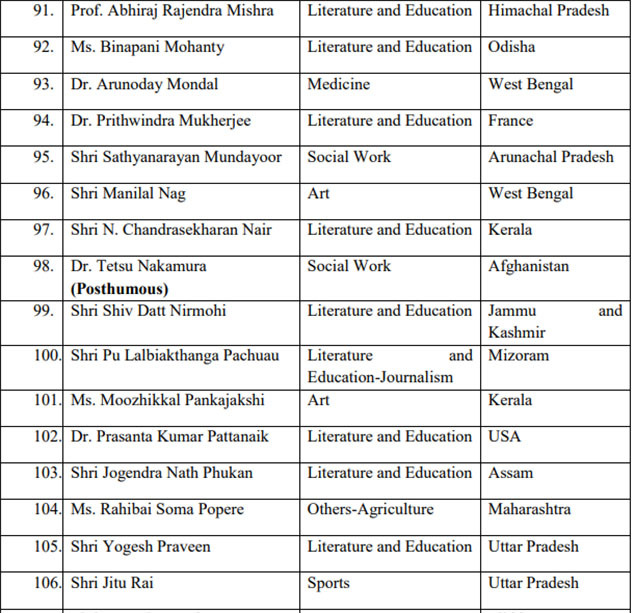 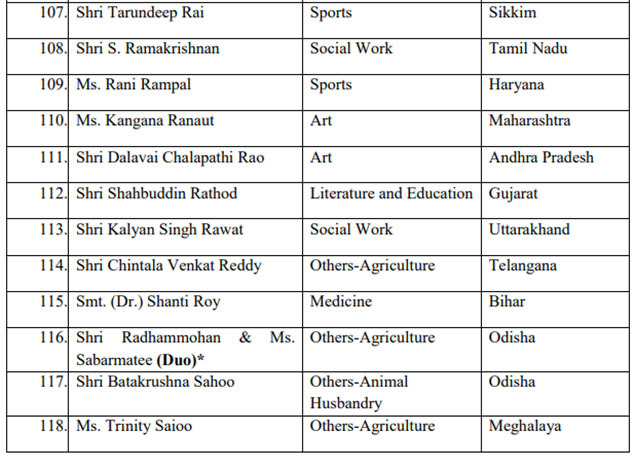 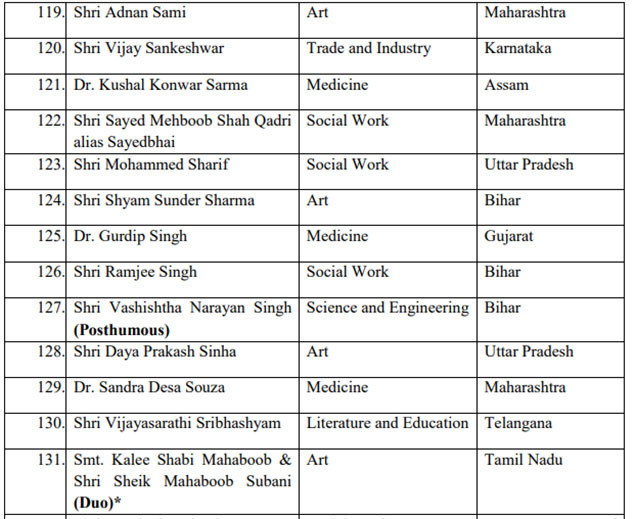 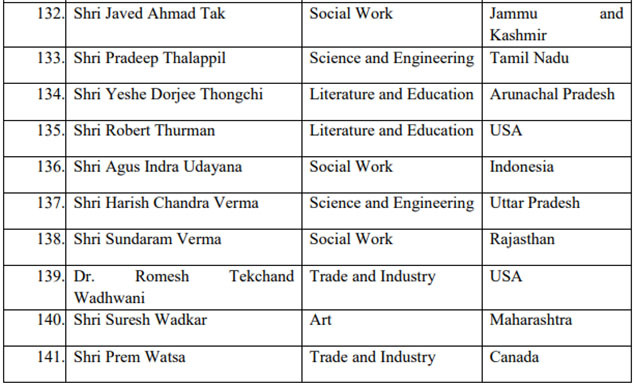