The governor identified five growth drives that could be prioritised to push growth. These are food processing industries, tourism, e-commerce, startups and efforts to become a part of the global value chain.

Speaking at his alma mater, St Stephen’s College in Delhi, Das said that estimating a country’s growth potential was turning out to be a major challenge for central banks. “Nonetheless, a view has to be taken on the true nature of the slack in demand and supply-side shocks to inflation for timely use of counter cyclical policies,” he said. Estimating the country’s growth potential is crucial for a central bank as it is believed that easing credit beyond a point will be akin to pushing a string. 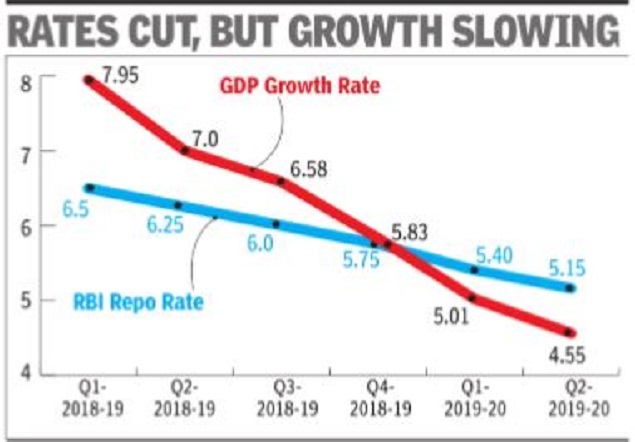 Pointing out that the government is focusing on infrastructure spending which will augment the growth potential of the economy, Das said that states should also play an important role by enhancing capital expenditure which has high multiplier effect. His comments come days ahead of the Union Budget on February 1.

“One of the major challenges for central banks is the assessment of the current economic situation.The precise estimation of key parameters such as potential output and output gaps on a real time basis is a challenging task,” said Das.

He said that monetary policy worldwide was in a state of flux because of shifting trend growth in several economies, global spillover effects and disconnect between the financial cycles and business cycles in the face of supply shocks.

He said the RBI was dealing with this uncertainty by constantly updating its assessment of the economy based on fresh data and survey-based forward-looking information juxtaposed with model-based estimates for policy formulation. He added that this approach had helped the RBI cut rates last year in anticipation of a slowdown.

Das said that although the global experience with financial stability as an added policy objective is still unsettled, the RBI was giving due importance to it. In addition, there was a focus on financial inclusion and on promoting secured, seamless and real-time payments and settlements. “This renewed focus on financial inclusion and secured payments and settlements are not only aimed at promoting the confidence of the general public in the domestic financial system but also improving the credibility of monetary policy for price stability, inclusive growth and financial stability,” said Das.