NEW DELHI: The Centre on Thursday announced the formation of

committees and a group of ministers to sell properties of Chinese and Pakistani nationals
+ seized by the Indian government after the 1962 war against China and the 1965 and 1971 wars against Pakistan. There are 9,406 ‘enemy properties’, worth over Rs 1 lakh crore, hundreds of crores worth of enemy shares and gold and silver jewellery worth Rs 38 lakh held by the government.

The Enemy Property Act enacted in 1968 regulates such properties. The act was amended in 2017 to ensure that the heirs of those who migrated to Pakistan and China will have no claim over the properties left behind in India. Pakistan had also sold similar Indian-owned properties it had seized (including in East Pakistan).

This was in violation of the Tashkent Declaration signed in 1966 that said that the two countries would discuss the return of the assets taken over by either side in connection with the 1965 war.

Where are these properties 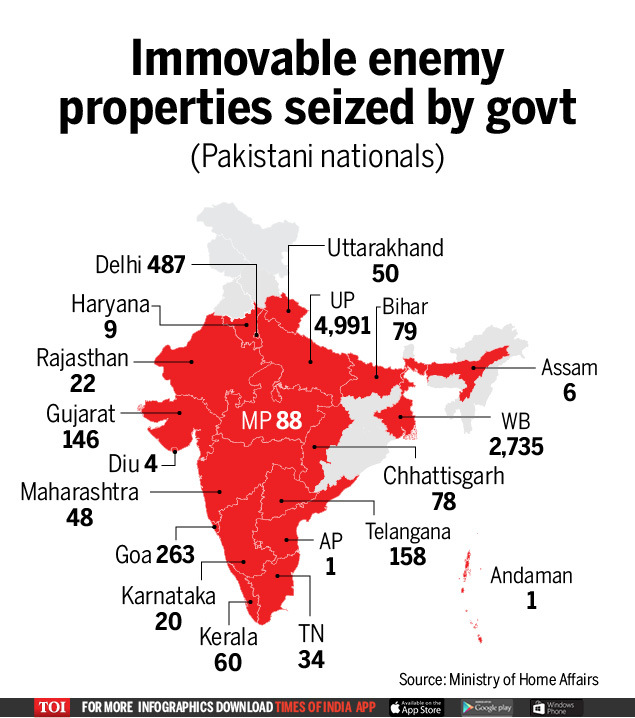 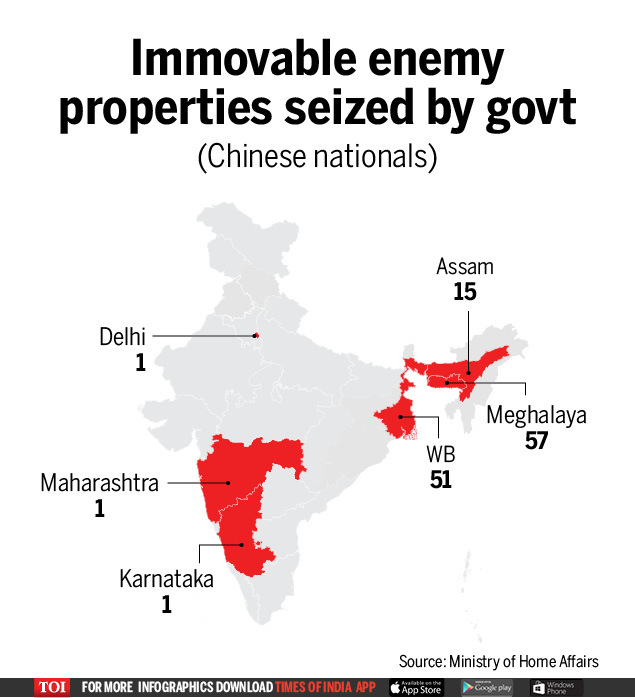 Why Centre wants to sell these seized assets

The government has been trying to sell the seized assets. Last year it appointed a committee to help sell over 6.5 crore shares that were under the custody of the Custodian of Enemy Property for India and raised Rs 1,874 crore including Rs 1,150 crore from the sale of 4.44 crore shares of IT major Wipro.

It had sold Rs 779 crore worth of such shares in 2018-19. The Centre still holds shares of 257 listed companies and 327 unlisted companies. In March 2019, the Union Cabinet had also cleared the mechanism for monetisation of immovable ‘enemy property’ assets, a process it now wants to speed up.

At a time when a slowing economy has put pressure on government revenues, asset monetisation (of which selling enemy properties is a part) offers a way to raise money in the short term.

Meanwhile, Vodafone Idea, Bharti Telecom and Tata Teleservices, which together owe over Rs 1 lakh crore in AGR (adjusted gross revenue)-related dues to the government, missed the January 23 deadline to pay up. Only, Reliance Jio cleared its dues of Rs 195 crore.