JAIPUR: The T20 World Cup is just 10 months away and Australian batting superstar Steve Smith will like the home team to lift the trophy. Yet, Smith feels that one man stands between Australia and the trophy is Virat Kohli.

“Virat is an absolutely terrific player. His numbers just speak for themselves. I think he’s an incredible player in all three formats and I think we will see him break many records. He’s already broken plenty of them and I see him breaking many more over the years. He has the hunger for runs and doesn’t stop getting them. Hopefully he can stop getting them against Australia, that’ll be nice,” Smith, who will be turning out for Rajasthan Royals in the IPL, told TOI in an email interview. 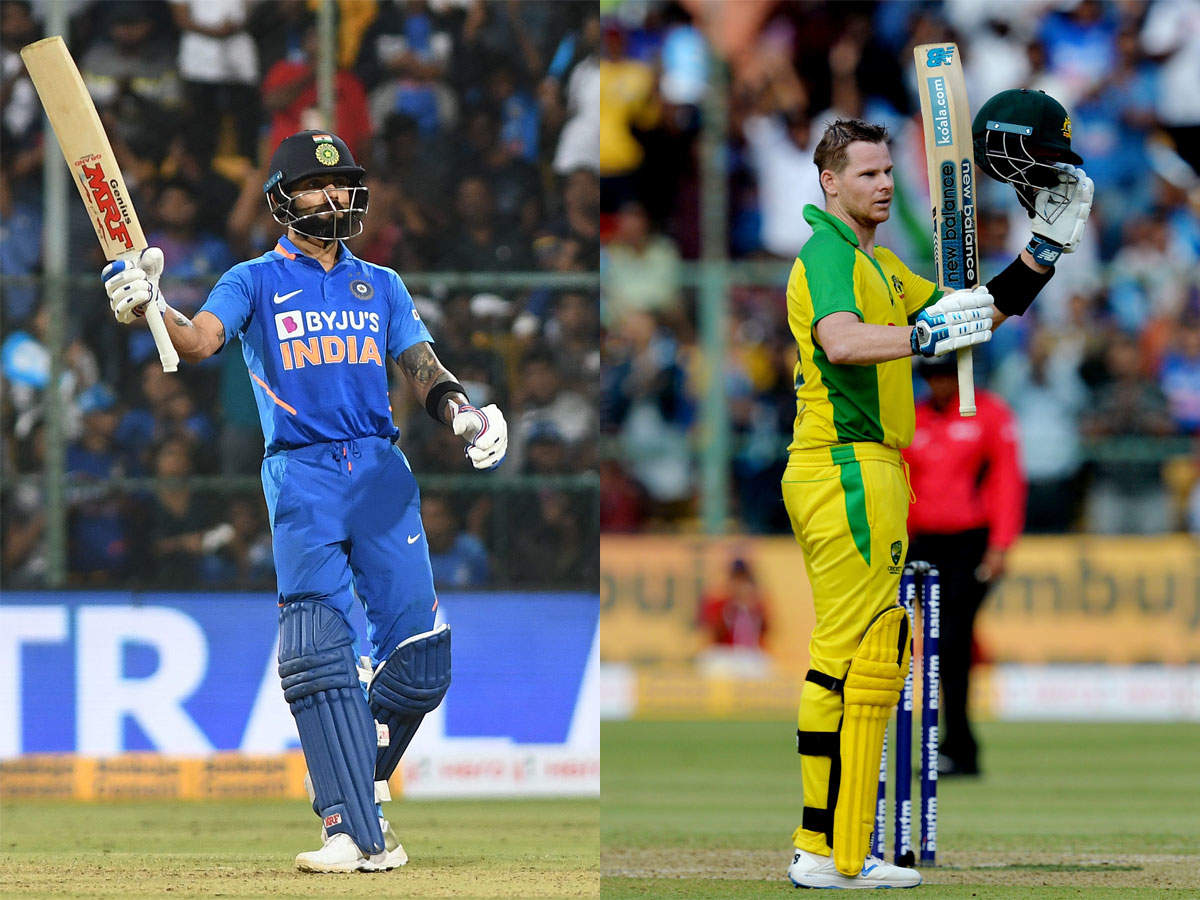 Virat Kohli vs Steve Smith: Who is the better batsman?

It’s a debate that is rekindled every couple of months. Virat Kohli vs Steve Smith: Who is the better batsman? The latest to voice his opinion is former England captain Michael Vaughan, who countered one gentleman on twitter who cast his vote for Smith as the best all-format batsman currently, saying that he feels Kohli is the one who deserves that tag.

“As a captain he’s already made India the number one side in the world in Test Cricket. From what I have seen, he sets really good standards for them. He is a lot about fitness and is health conscious. He’s got the Indian side into a really good place. He leads them exceptionally well,” Smith added.

Excerpts from the interview:

You have made a great comeback, first against England and then NZ and India. What do you attribute this consistency to?

I guess, hard work is the first one. I am obviously quite experienced now having played a lot of cricket. For me it’s just about training my skills and making sure I’m in a good headspace to go out and perform and do what I can for the team. My job is to score runs for the team and fortunately in my comeback I was able to play really well in England and back home during the summer. At home, I probably did not score as many runs as I would have liked to, but I faced a lot of balls and helped wear the bowling attacks down and form some good partnerships, in particular with Marnus. I felt like I was hitting the ball pretty well, so overall not too disappointed but yeah would’ve liked a few more runs.

Marnus Labuschagne looks up to you as a batsman in the Test and ODI formats. What makes him such a terrific batsman? Is the Aussie batting order more settled now?

Marnus has come up by leaps and bounds in the last year. He has shown such quick and amazing improvement as a player who knows his game really well. We talk a lot about the game, he wants to learn and get better. He is an incredibly hard worker who just wants to improve and you have got to admire that. The way he played throughout the summer was magnificent and hopefully that form can continue.

Yeah, Andrew fits in really well in the Australian setup. He’s got tremendous knowledge of the game and is a very cool character who is calm under pressure. I see him fitting in well with the Royals too. I have got a good rapport with him, which is important in a captain-coach relationship.

What is your assessment about the Indian pace attack of Jasprit Bumrah, Mohd Shami and new man Navdeep Saini?

It’s a terrific attack led by Bumrah who’s the number one bowler in the world. He has been terrific upfront as well at the back end. I think they’ve got a very good attack, you add a couple of spinners, they’re quality as well and makes them pretty well rounded.