GHAZIABAD: A two-seater aircraft made an emergency landing on the Eastern Peripheral Expressway in Ghaziabad district on Thursday.

As per the initial reports, the plane had two pilots on-board and both are safe but the left wing of the aircraft was completely damaged during the landing near Sadarpur village.

“The plane had two pilots on-board and both of them are safe,” said Naithani. 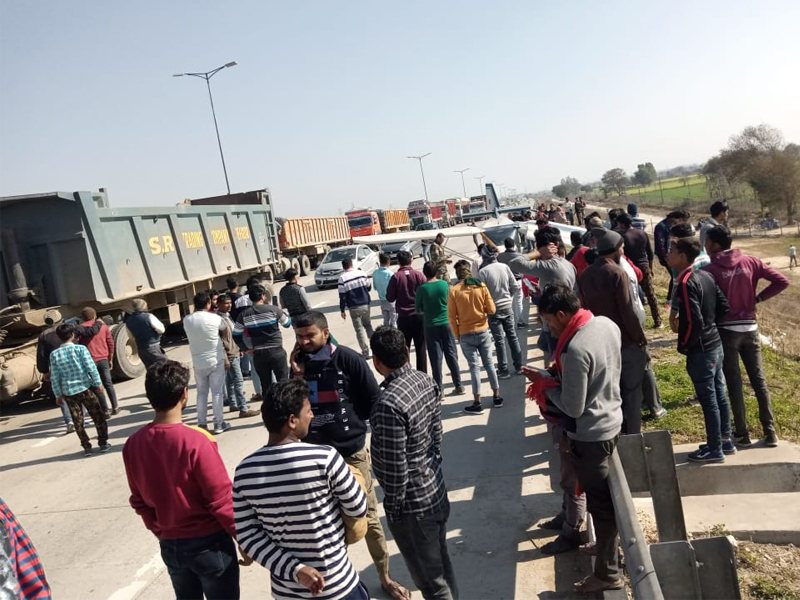 The left wing of the aircraft was completely damaged during the landing.

The exact cause of the incident is yet to be identified but it is believed that a technical glitch forced the pilot to make an emergency landing.

“The incident is said to have occurred due to a technical glitch in the plane but its cause could be ascertained by authorities concerned only,” the officer said.

A team of officials from Hindon Air Force base has reached the spot.

The Eastern Peripheral Expressway or National Expressway 2 is a 135-km-long, six-lane expressway passing through the states of Haryana and Uttar Pradesh. It is located around 50 km from the national capital.

(With inputs from agencies)