WASHINGTON: Pakistan’s leadership has “limited options” to respond to India’s decision on Jammu and Kashmir as many analysts view that Islamabad has “little credibility” on the issue given its long history of covertly supporting militant groups there, according to a US Congressional report.

The Congressional Research Service (CRS) in its second report on Kashmir in less than six months also said that Pakistan’s ability to alter the status quo through military action has been reduced in recent years, meaning that Islamabad likely must rely primarily on diplomacy.

CRS is the independent research wing of the US Congress which prepares periodic reports on issues of interest for US lawmakers so that they can take informed decisions inside the Congress. Currently, two resolutions are pending in the House of Representatives, one of which is being sponsored by Indian-American Congresswoman Pramila Jayapal. 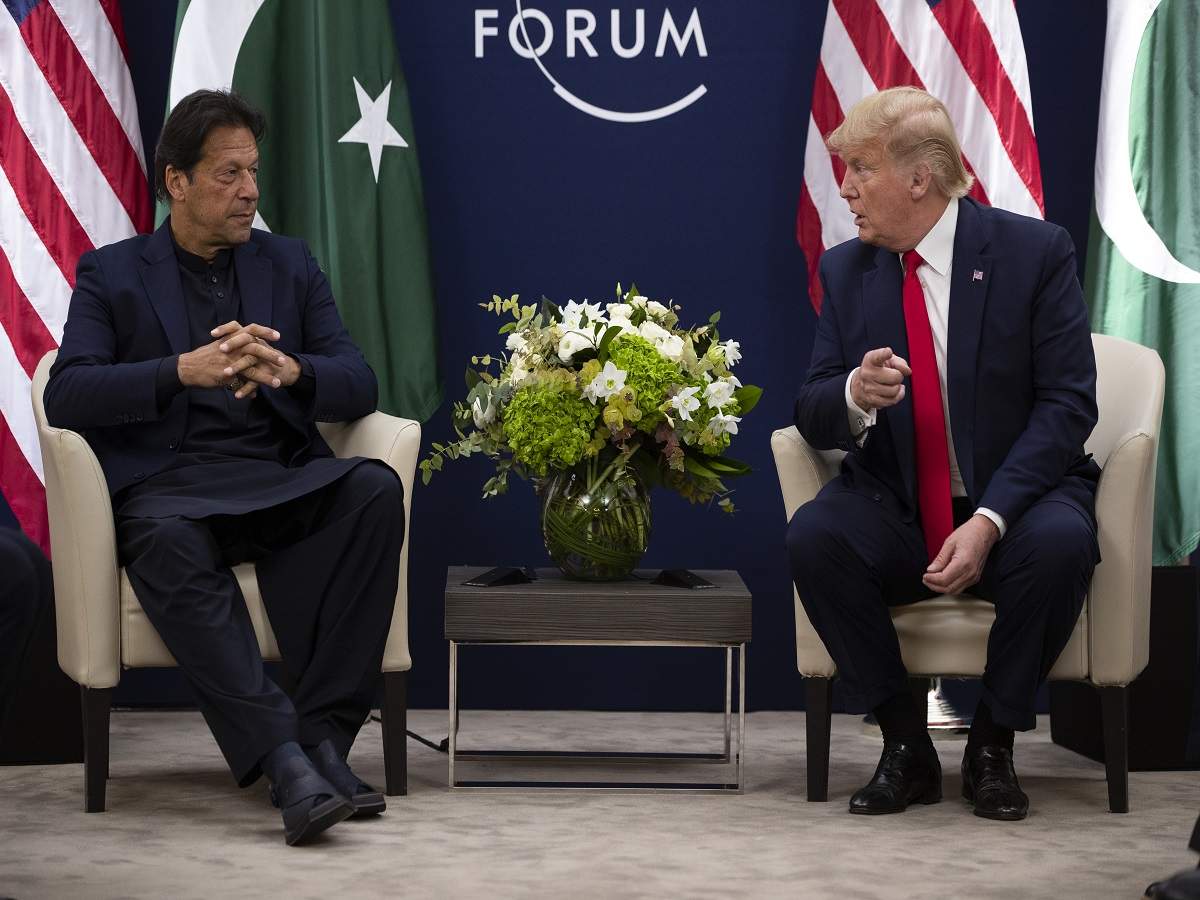 “We’re working together on some borders, and we’re talking about Kashmir and the relation to what’s going on with Pakistan and India. And if we can help, we certainly will be helping. And we’ve been watching that and following it very, very closely,” said US President Donald Trump ahead of his meeting with Pakistan PM Imran Khan at the World Economic Summit.

In its report dated January 13, CRS said that post August 5, Pakistan “appeared diplomatically isolated”, with Turkey being the only country to offer solid and explicit support for Islamabad’s position.

Ties between India and Pakistan came under severe strain after New Delhi revoked Jammu and Kashmir’s special status and bifurcated it into two Union Territories on August 5, evoking strong reactions from Islamabad.

Pakistan has been trying to rally international support against India on the issue. However, India has maintained that the move was “entirely an internal matter”.

The 25-page report said that Pakistan called for a UNSC session and, with China’s support, the Council met on August 16 to discuss Kashmir for the first time in more than five decades, albeit in a closed-door session that produced no formal statement.

“Many analysts view Islamabad as having little credibility on Kashmir, given its long history of covertly supporting militant groups there. Pakistan’s leadership has limited options to respond to India’s actions, and renewed Pakistani support for Kashmiri militancy likely would be costly internationally,” it said.

“Pakistan’s ability to alter the status quo through military action has been reduced in recent years, meaning that Islamabad likely must rely primarily on diplomacy,” the CRS said.

“Given also that Pakistan and its primary ally, China, enjoy limited international credibility on human rights issues, Islamabad may stand by and hope that self-inflicted damage caused by New Delhi’s own policies in Kashmir and, more recently, on citizenship laws, will harm India’s reputation and perhaps undercut its recent diplomatic gains with Arab states such as Saudi Arabia and the UAE,” it said.

According to CRS, the long-standing US position on Kashmir is that the issue should be settled through negotiations between India and Pakistan while taking into consideration the wishes of the Kashmiri people.

“The Trump Administration has called for peace and respect for human rights in the region, but its criticisms have been relatively muted,” it noted.

With key US diplomatic posts vacant, some observers worry that the US government’s capacity to address South Asian instability is thin, and the US President’s July offer to “mediate” on Kashmir may have contributed to the timing of New Delhi’s moves, it said.

The United States seeks to balance pursuit of a broad US-India partnership while upholding human rights protections, as well as maintaining cooperative relations with Pakistan, the report said.

CRS said that following India’s August 2019 actions, numerous Members of the US Congress went on record in support of Kashmiri human rights. H.Res. 745, introduced in December and currently with 40 co-sponsors, urges the Indian government to end the restrictions on communications in Jammu and Kashmir, it said.

An October hearing on human rights in South Asia held by the House Subcommittee on Asia, the Pacific, and Nonproliferation included extensive discussion of developments in Jammu and Kashmir. In November, the Tom Lantos Human Rights Commission held an event titled “Jammu and Kashmir in Context.”

US policy, it said, seeks to prevent conflict between India and Pakistan from escalating, and the US Congress supports a US-India strategic partnership that has been underway since 2005, while also maintaining attention on issues of human rights and religious freedom.

CRS in its report told lawmakers that over the past decade, Washington appears to have grown closer to India while relations with Pakistan appear to continue to be viewed as clouded by mistrust.

The Trump Administration “suspended” security assistance to Pakistan in 2018 and has significantly reduced non-military aid while simultaneously deepening ties with New Delhi. It views India as a key “anchor” of its “free and open Indo-Pacific” strategy, which some argue is aimed at China, it said.

“Yet any US impulse to “tilt” toward India is to some extent offset by Islamabad’s current, and by most accounts vital, role in facilitating Afghan reconciliation negotiations. President Trump’s apparent bonhomie with Pakistan’s prime minister and offer to mediate on Kashmir in July was taken by some as a new and potentially unwise strategic shift,” it said.