LONDON: Britain’s Prince Harry spoke on Sunday of his sadness at being forced to give up his royal duties in a deal with Queen Elizabeth and senior Windsors that will see him and his wife Meghan exit official roles to seek an independent future.

Buckingham Palace and the queen announced on Saturday that Harry and Meghan would no longer be working members of Britain’s monarchy, no longer use their “Royal Highness” titles and would now pay their own way in life, freeing them to forge new careers.

The new arrangement was struck to end a crisis the couple sparked by announcing earlier this month they wanted to cut down on official engagements and spend more time in North America, while remaining active royals. 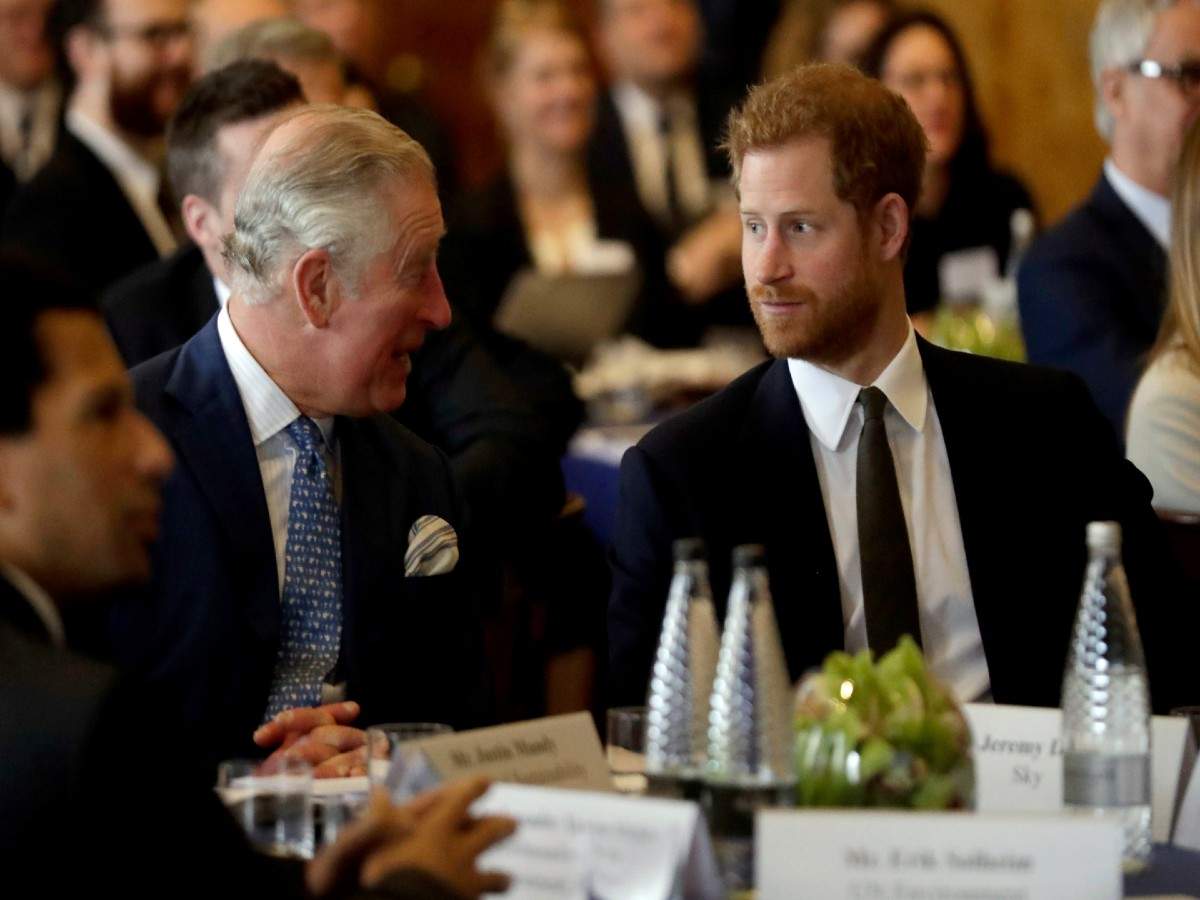 But the changes have come at a terrible cost for Charles, who has seen his brother Prince Andrew disgraced and his once close sons, Prince William and Prince Harry, become estranged. The trials and tribulations of Andrew and Harry – one tainted for a close friendship with a convicted sex offender, the other unwilling to continue his high-profile role – will take both out of their royal duties, leaving a smaller, more modest royal apparatus.

In a speech to the Sentebale charity on Sunday, a clearly upset Harry said the final outcome was not what he and his American wife, a former actress, had wanted.

“Our hope was to continue serving the queen, the Commonwealth and my military associations without public funding. Sadly that wasn’t possible,” the prince, the sixth-in-line to the throne, said.

“I’ve accepted this knowing it doesn’t change who I am, or how committed I am. But I hope that helps you understand what it had come to, that I would step back from all I have ever known to take a step forward into what I hope can be a more peaceful life.”

Under the arrangement, Harry will remain a prince and the couple will keep their titles of Duke and Duchess of Sussex as they begin a new life split between Britain and North America where they will spend the majority of their time. But they will not take part in any future ceremonial events or royal tours.

Royal commentators said it amounted to an “abdication” from the “firm” – as the royals are known – and showed that, under the warm words in which she said Harry and Meghan were much loved, the queen had taken a firm and decisive line by insisting on a clean break. 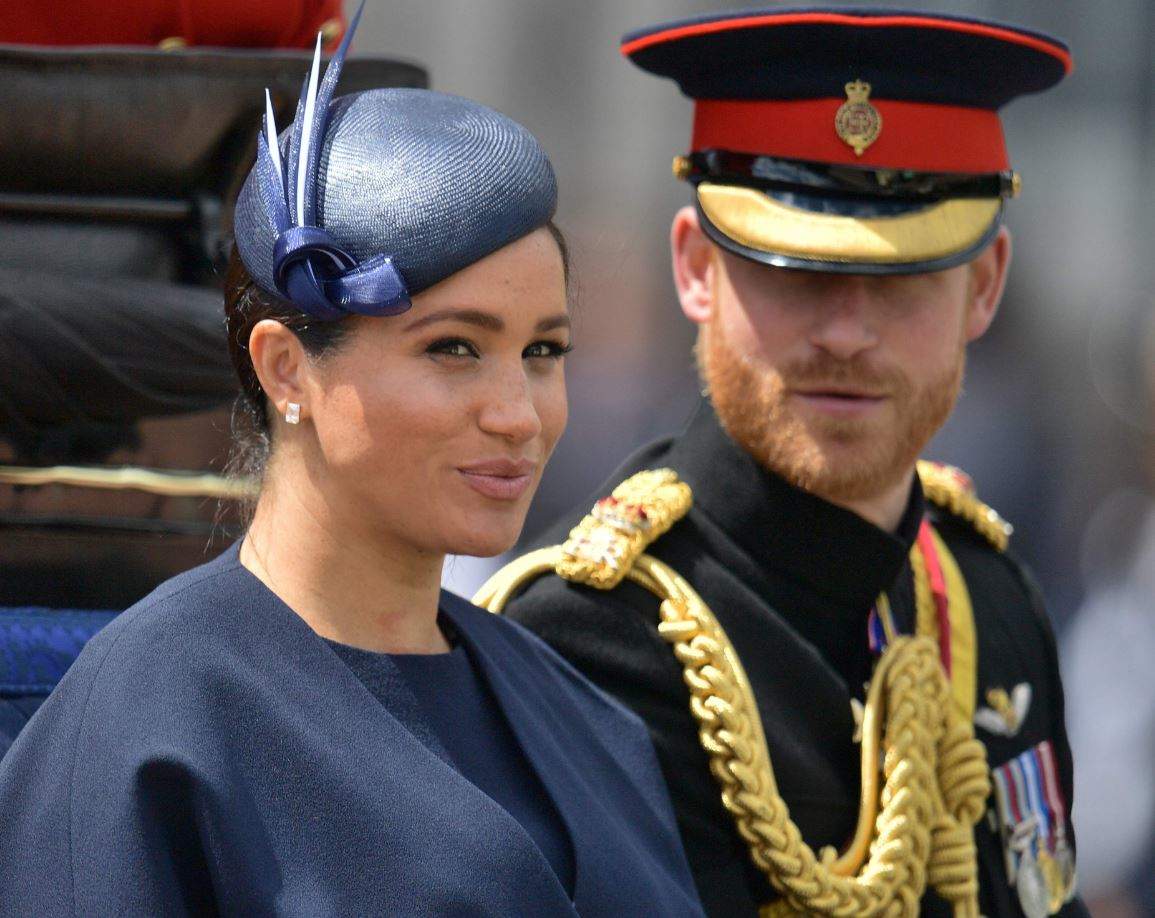 British newspapers raked over Tuesday’s meeting at which Queen Elizabeth II agreed to allow the young couple to split their time between Canada and the UK until a solution was found. “It means only one thing — Harry and Meghan have won!” royal commentator Philip Dampier wrote in the Daily Express. “They metaphorically held a gun to her head and she has given in.”

“It brings me great sadness that it has come to this,” said Harry. He said the decision to step back had followed months of talks and had not been a decision he had come to lightly. They were not walking away, he explained.

“As far as this goes, there really was no other option,” he added.

He told the audience at the charity he founded to help children with HIV in Africa that he wanted them to hear the truth from him “not as a Prince, or a Duke, but as Harry, the same person that many of you have watched grow up over the last 35 years but with a clearer perspective”.

“The UK is my home and a place that I love. That will never change,” he said.

The couple’s plans for independence, announced after a long break over the Christmas period in Canada, caught the rest of the royal family by surprise earlier this month and left the queen and other senior members hurt and disappointed, according to royal sources.

However, in a TV interview aired in October, both had made it clear how they were struggling with the immense media attention. The couple also began legal action against one newspaper for printing a letter she sent to her estranged father, Thomas Markle.

Harry said he felt his wife had faced “bullying” from some tabloids similar to that faced by his mother Princess Diana who died in a car crash while trying to escape paparazzi photographers.

“I was born into this life and it is a great honour to serve my country and the queen,” he said.

“When I lost my mum 23 years ago, you took me under your wing. You’ve looked out for me for so long but the media is a powerful force and my hope is one day our collective support for each other can be more powerful because this is so much bigger than just us.”

Buckingham Palace have said the couple would no longer receive public money and that they would repay the cost of refurbishing their cottage in Windsor, which official figures show amounted to 2.4 million pounds ($3.1 million).

But certain details, such as their future security arrangements or whether the couple could continue to use the “Sussex Royal” title for their website and branding, have either not been finalised or publicly revealed.

Meghan is currently in Canada with their baby son Archie and Harry is expected to join her soon.

Prime Minister Boris Johnson said earlier on Sunday he believed that the whole of Britain would want to wish the very best to the couple for their future.

“As I said before … I was sure that the royal family, which has been around a very long time, will find a way forward,” Johnson told Sky News.

However, Meghan’s father was less generous to the couple.

Markle told Britain’s Channel 5 news in a documentary recorded before Saturday’s announcement but aired on Sunday that he believed Meghan was tossing away “every girl’s dream” and damaging the monarchy.

“They are destroying it, they are cheapening it, they’re making it shabby,” he said.