KUALA LUMPUR: India’s move to restrict palm oil imports from Malaysia will create a huge challenge for the world’s second biggest producer of the edible oil as India has been its top market for the past five years. 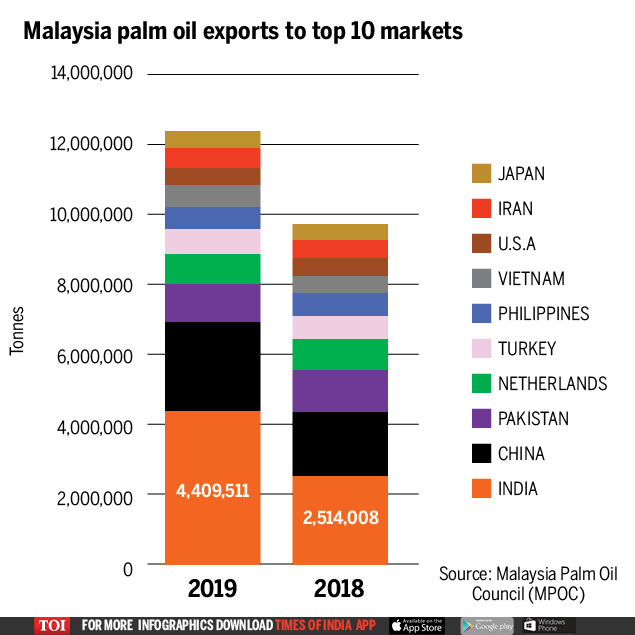 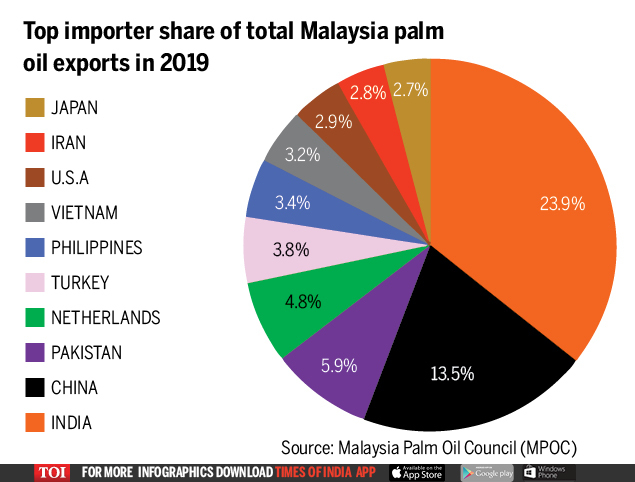 India has been Malaysia’s top import market since 2014, according to industry data. 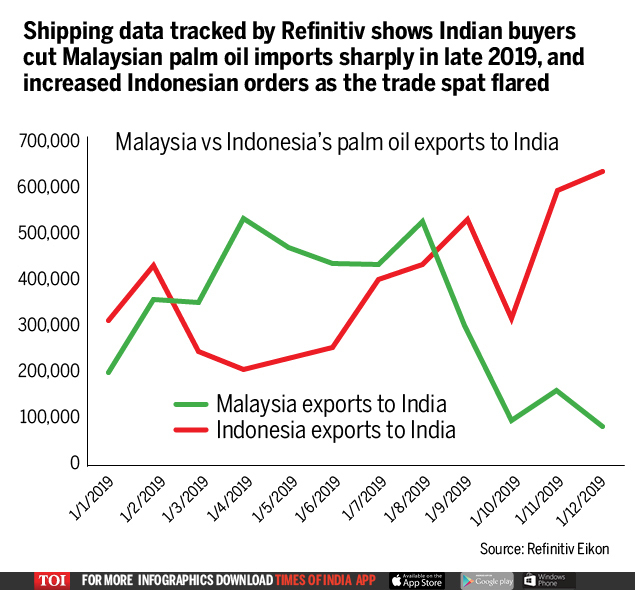 Malaysia is talking to the Indian government and trade officials in a bid to resolve concerns over New Delhi’s import restrictions, Teresa Kok, Malaysia’s minister in charge of palm oil, said on Thursday.

She has flagged Africa and central Asia as emerging markets for Malaysian palm oil, and said Malaysia will continue efforts to increase share in the Middle East.

India imports of palm oil from Malaysia vs Indonesia 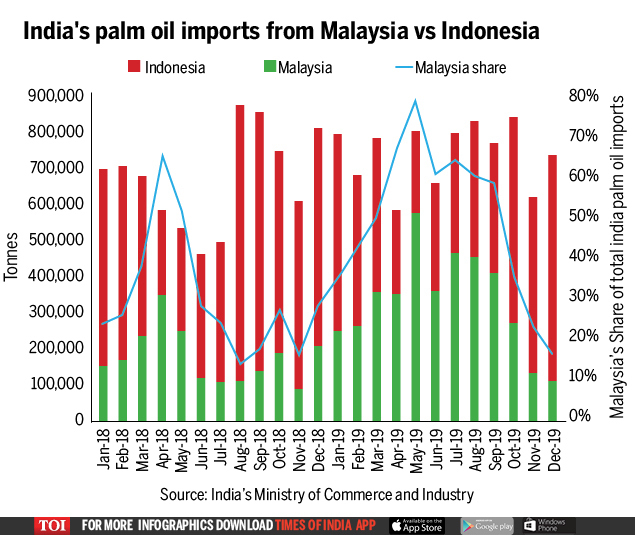 But replacing India and getting other countries to buy Malaysian palm oil may not be easy.

Indonesia, the world’s biggest producer of palm oil, boasts lower production costs and has a bigger share of the market in many palm oil-consuming countries. It has also historically offered palm oil at cheaper prices than Malaysia, although recently Malaysian export prices have slumped below Indonesian rates as Indian buyers retreated from the market. 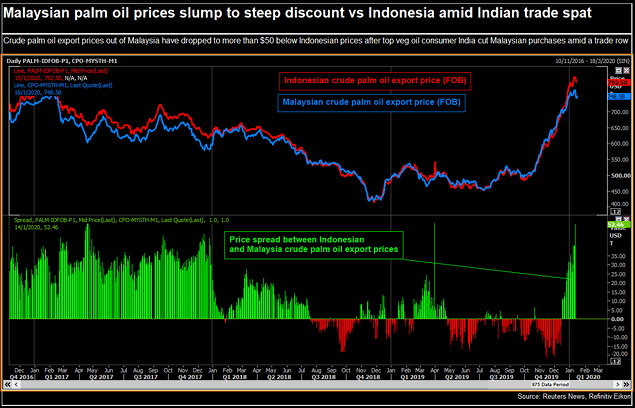 On Wednesday, Reuters reported that India was planning to widen curbs on Malaysia beyond palm oil, a move that could further hurt Malaysian revenue.

India is the seventh biggest market for all Malaysian exports, while Malaysia is India’s 17th largest export market.