AHMEDABAD: Since childhood, he saw his father toil hard as a labourer in Chokha Bazaar, the wholesale grains market in Kalupur area. In fact, it was his father Jivant Sabhagani hard work which inspired Jayesh, 21, to toil hard with his books.

Hard work of both father and son paid off on Thursday as Jayant cracked the CA final exam in the first attempt with an all-India rank (AIR) of 35. Five students from Gujarat have scored ranks in the top 50. 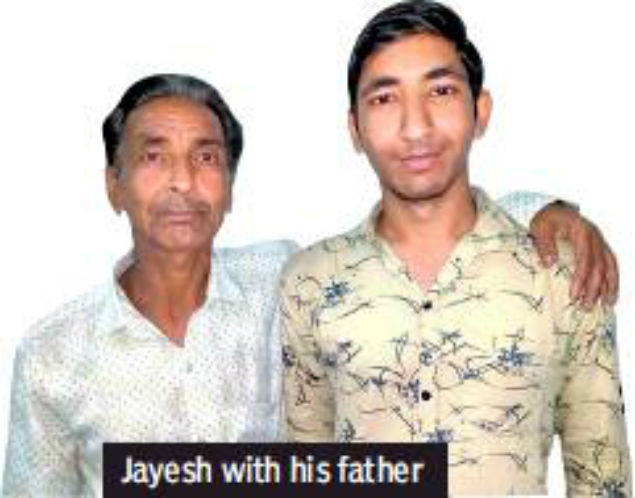 “My father and mother both have studied only up to class 8. While my father never said it in as many words, I could feel him telling me to study well and change the course of our lives,” Jayant told TOI, adding that his father was elated with his success.

Did not spend big on coaching’

Jayesh Sabhagani said that his mother Varsha, a homemaker, constantly inspired him to use education as a weapon to beat poverty and create a better life for the whole family. “I have seen my parents struggle all their lives. I now wish to pay them back by giving them a life full of comfort and happiness,” said Jayesh. Jayesh says he did not spend big bucks on private coaching and opted for study material provided by the Institute of Chartered Accountants of India (ICAI).

“I put in five to six hours of studies daily and ensured I do not disconnect with daily life. If you enjoy studies and do not worry about marks, cracking CA is actually not a big deal,” says Jayesh. Jayesh concedes he never planned for cracking CA in second attempt he never thought of failure as an option. “If one is clear of one’s aim and ready to work hard, impossible is nothing,” says Jayesh.