A family legacy of serving the country wearing the olive green uniform had been brewing in the mind of Tania Shergill since her childhood. When the opportunity came, she was more than happy to grab it.

Now a captain with the Indian Army’s Corps of Signals, Tania led all-men contingents and became the first woman Parade Adjutant in the history of the Army Day function on Wednesday.

Wearing a khaki uniform and holding a ceremonial sword she marched down in front of an august audience at the Cariappa Parade Ground in Delhi Cantonment, she literally stood tall. 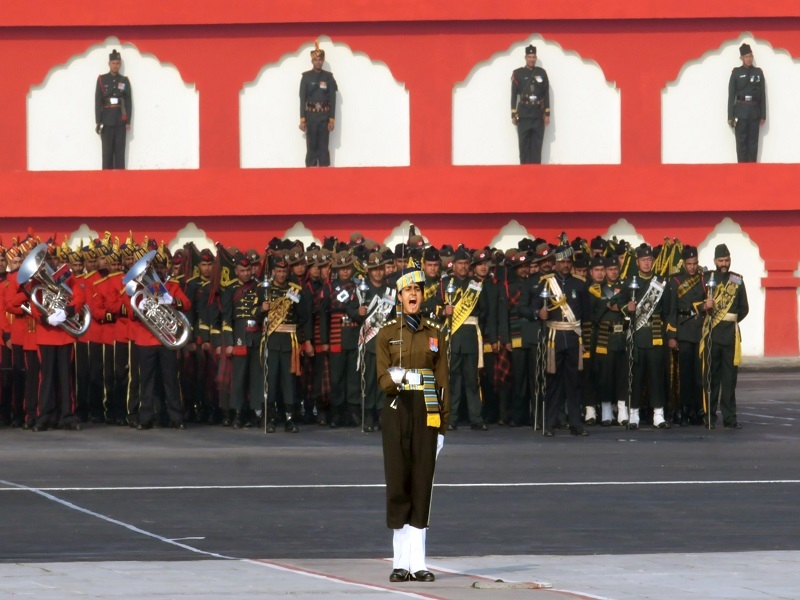 Tania will also lead the Army’s contingent during the Republic Day parade on January 26 in Delhi. This, of course, is not the first time that women officers have led marching contingents in the R-Day parade.

In 2015, the Army, Navy and IAF had even fielded all-women marching contingents for the first time on PM Modi’s directive that “Naari Shakti” should be the predominant theme of the R-Day parade.

A graduate of the Officers Training Academy (OTA), Chennai, Tania comes from a family where “Army tales and anecdotes” were part of dinner table talks and morning walks and joining the armed forces came “very naturally” to her. Tania poses for a photo with her father
Surat Singh Shergill

“It was a feeling of great pride, a sense of accomplishment and worthiness, and pure blessing,” an ecstatic Gill told PTI after the grand event.

Tania is currently posted at 1-Signal Training Centre in Jabalpur in Madhya Pradesh.

“I had applied while I was in the final year of my engineering course and later got selected. After my training at OTA. I got commissioned into the Corps of Signals in 2017. When the selection was on for the Parade Adjutant, I knew that if I would get selected, I would be the first woman to do that job in the parade’s history,” she said adding that her great-grandfather had taken part in the World War I. 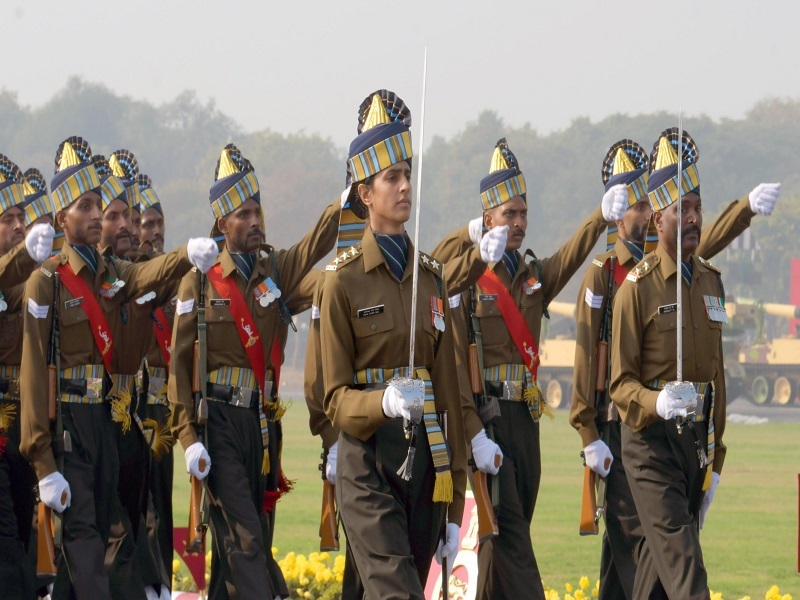 Wearing a khaki uniform and holding a ceremonial sword she marched down in front of an august audience at the Cariappa Parade Ground in Delhi Cantonment, Tania literally stood tall.

Hoshiarpur-born Tania, who holds a B.Tech. in electronics and telecommunications from Nagpur University, was commissioned in the Army in 2017 at OTA in Chennai.

Captain Tania’s family mostly lived in Mumbai where her mother worked as a teacher. After her parent’s retirement, the family moved to Garhdiwala, a small town in Hoshiarpur district of Punjab around nine years ago.

(With inputs from Ajay Sura of TNN and PTI)