DSP Davinder Singh
+ , held for alleged corruption and links with terrorist organisations, was about to be elevated as superintendent of J&K police as per his seniority after having served as a deputy superintendent for 25 years in the police department.

The promotion file of several deputy SPs is under process in the office of J&K home commissioner, and Davinder Singh would have made the grade if he had not been busted in the company of Hizb-ul-Mujahideen members while travelling in a Maruti car on January 11, police sources said .

The controversial cop’s long run, who was not only involved in extortion cases, but was in league with terror outfits, continues to be animatedly discussed in official and political circles both in Srinagar and in Delhi even as the NIA took over the investigation regarding Singh’s ferrying Hizb terrorists. 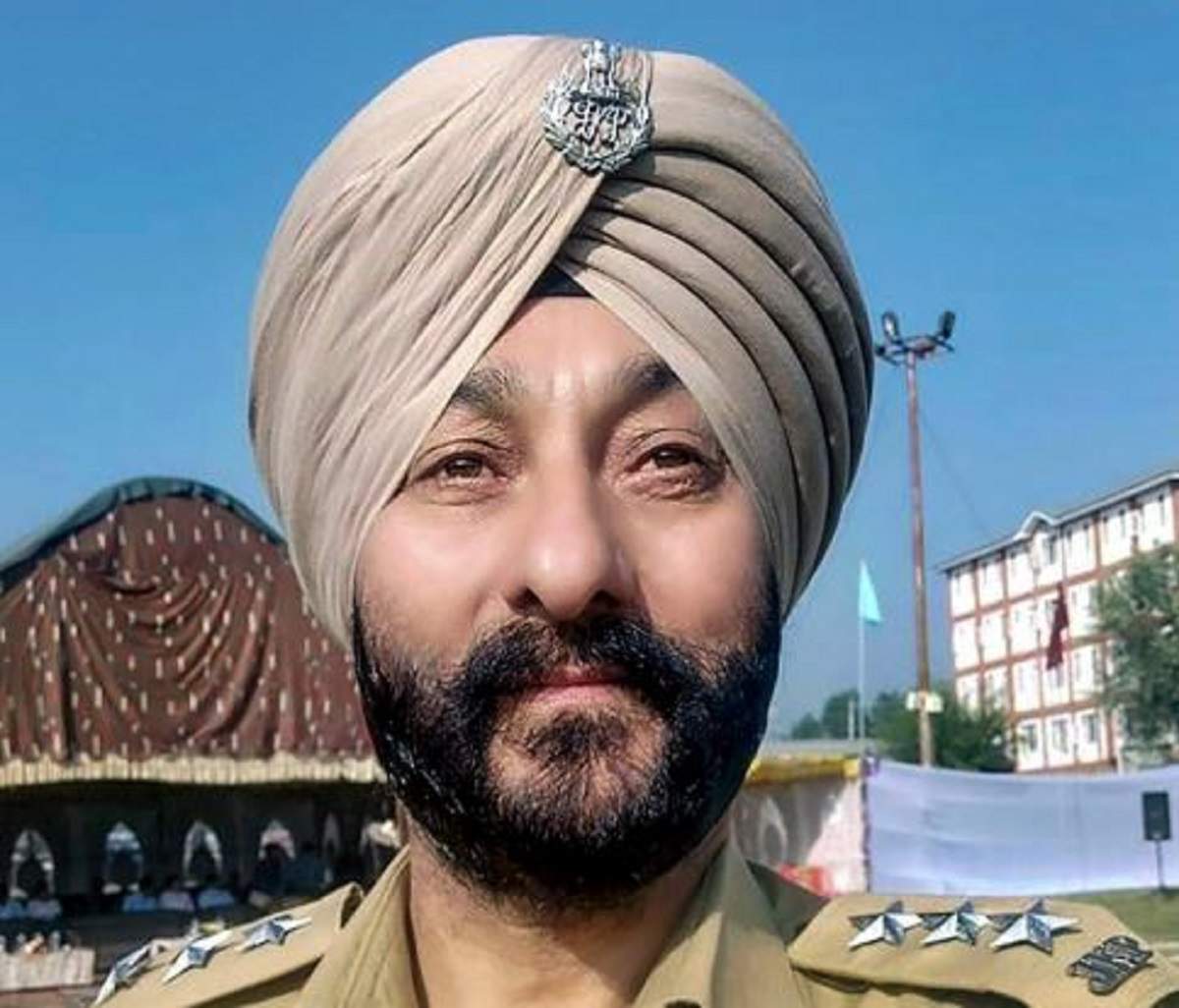 DSP Davinder Singh, who was arrested along with two terrorists and a Hizb overground worker in Kulgam, has told his interrogators that he had received Rs 12 lakh from the terrorists to ferry them to Jammu and then Chandigarh for their onward journey to New Delhi, IG (Kashmir) Vijay Kumar said. Sources said the terrorists planned to carry out attacks on Republic Day.

Singh was held with top Hizbul commander Syed Naveed Mushtaq at a checkpoint on Srinagar-Jammu highway. Mushtaq was reportedly travelling with associates, including a terrorist who recently moved to J&K. Singh has been accused of allegedly ferrying the militants out of the Valley.

The DSP has three FIRs filed against him in extortion cases though his “utility” seems to have ensured he was never long in the dog house. His arrest has brought up his connections with Parliament attack convict Afzal Guru who was hanged for the terror attack. Guru’s wife Tabassum had blamed Davinder Singh of demanding Rs 1 lakh for releasing him, claiming she paid after selling of gold ornaments.

Guru had alleged that he was asked by Singh to ferry Pakistani terrorist Mohammad to New Delhi and purchase a car for him and his accomplices. Guru said he was to arrange accommodation for the five Pakistani terrorists in an affidavit in Supreme Court through his lawyer Sushil Kumar in 2004.

Though Afzal Guru had gone to PoK for arms training with JKLF, he had surrendered to BSF in early 1997 after he was disillusioned with Pakistan. He, however, remained a suspect in police’s eyes, and his wife claimed that among those who picked him up after an incident of terrorist violence included Davinder Singh.

Singh had joined the police force as an SI in early 90’s and got out of turn promotions after the creation of an elite force called special operation group in 1994. In March, 2003, the then CM Mufti Sayeed disbanded the Special Operations Group, following the complaints of misuse of power. There were 49 cases of human right abuse cases against 53 SOG officials. The official figures reveal as many 25 officials were dismissed and this was disclosed in the state assembly by the junior home minister A R Veeri of the Mufti government in 2003.

Singh was thereafter reinstated and posted in the traffic department and subsequently transferred to various places including Srinagar police control room, Before his arrest, the “delinquent” officer was at Srinagar international airport with anti-hijacking squad of the police, a highly sensitive assignment.

He also escorted a 15-member delegation of foreign envoys when the group was on a two-day visit to J&K on January 9.

Meanwhile on Tuesday, J&K police raided the house of a Hizb accomplice Irfan Shafi Mir, who was driving the car when Singh and others were held. The police party is said to have recovered Pakistani currency notes from the house of Mir, the sources said.

Surprisingly, Irfan, a lawyer by profession, was over ground worker of Hizb and visited Pakistan five times on an Indian passport. Irfan’s father Mohammad Shafi Mir was district Hizb commander in Shopian in early 90’s and is believed to have gone to Pakistan in 1993 and his son Irfan Mir used to visit his father in Pakistan, the sources said.

Jammu and Kashmir police on Tuesday said that a special investigating team (SIT) headed by some DIG rank police officer, has been constituted to conduct the probe in the criminal conduct and any such act in the past committed by arrested DSP Davinder Singh. In a series of tweets on its official twitter handle, the police said that a special investigation team is handling interrogation of the arrested accused officer and the militants which would probe his “criminal conduct in the instant case and his involvement in any such criminal acts in the past.” Another tweet by the police read that Jammu Kashmir Police is known for its professionalism and doesn’t spare anyone including its own cadres if found involved in any unlawful act or unbecoming conduct.

The J&K Police also denied Singh was awarded a President’s medal. In fact, the police said he was not awarded any gallantry or meritorious medal by the Union ministry for home affairs. The only medal awarded to him was by the erstwhile J&K state on Independence Day in 2018.