NEW DELHI: Over the past few days, seven Afghan nationals who were detained upon landing at the IGI Airport here have been made to excrete a fortune worth more than Rs 10 crore.

As many as 177 capsules of heroin, which the seven “couriers” had ingested for smuggling into the country, have been recovered by the Narcotics Control Bureau in a major haul of contraband linked to an international cartel possibly led by a Taliban leader in Kandahar. 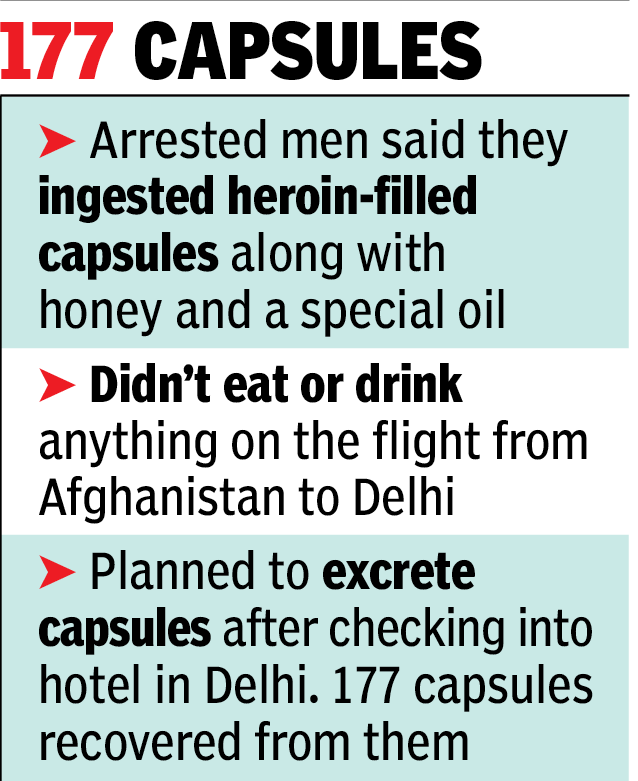 Officials said 10 dozen bananas, fed to the detained men over the past few days, aided the process of recovery after x-ray tests had shown the presence of the drug in their stomachs.

In all, nine Afghan nationals, the seven men along with two receivers based in Delhi, have been arrested so far, narcotics officials said.


How Afghans flew in with heroin 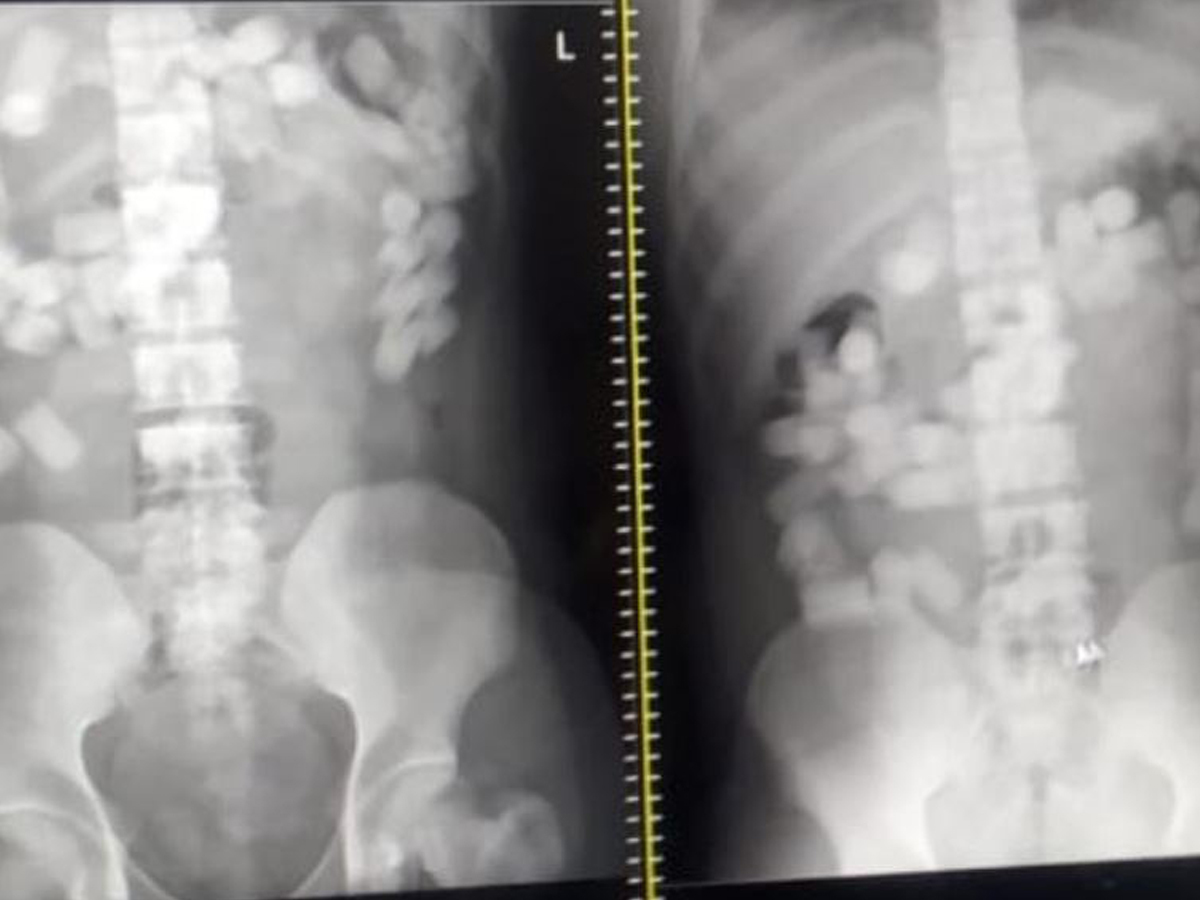 The operation started a few days ago when NCB sleuths led by zonal director K P S Malhotra swooped on the suspects who had landed at IGI in an Ariana Afghan Airline flight (FG 313) after receiving a tip-off. 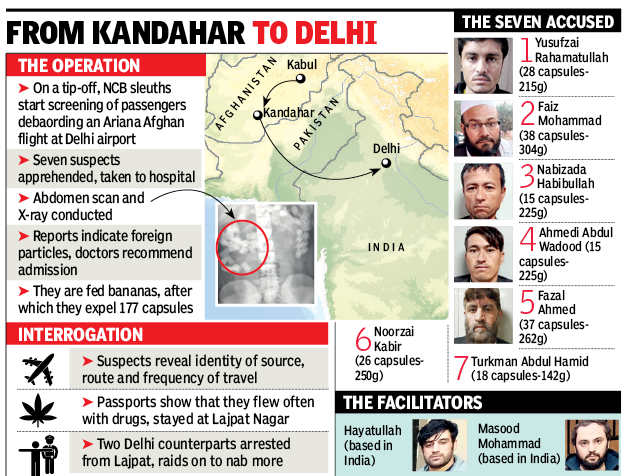 The suspects were detained and their bags checked. Though their belongings were clean, their movements and activities appeared suspicious.

They were taken for medical examination during which they underwent an abdomen scan and x-ray. “The presence of foreign substances was detected in their stomachs during the test,” Malhotra said.

Two others, Hayatullah and Masood Mohammad, are receivers based in Delhi.

After a weeklong admission at the hospital, the suspects expelled 177 capsules filled with heroin.

“The doctors recovered 28 capsules from Rahamatullah, 38 from Faiz, 15 from both Habibullah and Wadood, 18 from Abdul Hamid, 37 from Fazal Ahmed and 26 from Noorzai Kabir,” he added.

During interrogation, the accused revealed their modus operandi. They said an elaborate process is followed for smuggling the drugs into India. Before taking the flight, the Afghan carriers coat large heroin-filled capsules with honey and then swallow these by drinking a special oil.

They don’t eat or drink anything during the entire flight and excrete the capsules after checking into hotels in Delhi.

The operation comes in the background of NCB DG Rakesh Asthana’s directives to intensify the focus on the narco-terror networks, specially the Afghan heroin supply modules that are working in collaboration with Nigerian drug traffickers. “Delhi has become not only a market but also a transit point for Afghan cartels to pass on the drugs to faroff countries,” a senior officer of the bureau said. The NCB has now started a probe on the source and the network’s tentacles in Delhi. Many agents living in west Delhi and Lajpat Nagar are under the scanner.

According to police, the arrested passengers were merely the couriers who flew regularly from Kabul and Kandahar to Delhi on medical and tourist visas to hand over the drugs to the agents in the capital. The carriers are paid between Rs 50,000 and 1.5 lakh per trip, officials said.

Officials said the Afghan cartels operate in tandem with their African counterparts active in Delhi and Mumbai. The money paid by the African receivers is taken back by the Afghan carriers to be eventually used to launch terror attacks in the Indian subcontinent, the sleuths suspect.

BJP, Congress spar over whether DSP had link to Pulwama attack | India News