Latest Iran News: Iran attacks US forces in Iraq in retaliation for the assassination of General Suleimani World News

BAGHDAD/WASHINGTON: Iran said it launched a missile attack on U.S.-led forces in the early hours of Wednesday in retaliation for the attack of U.S. drones on an Iranian commander whose carnage has raised fears of a broader war in the Middle East.

Iran’s Islamic Revolutionary Guard Corps confirmed they fired the missiles to retaliate for the murder of Qassim Suleimani last week, according to a statement on state television.

The statement advised the United States to withdraw its troops from the region to prevent further deaths, state television said.

The Pentagon did not provide any reports of casualties in the attack. 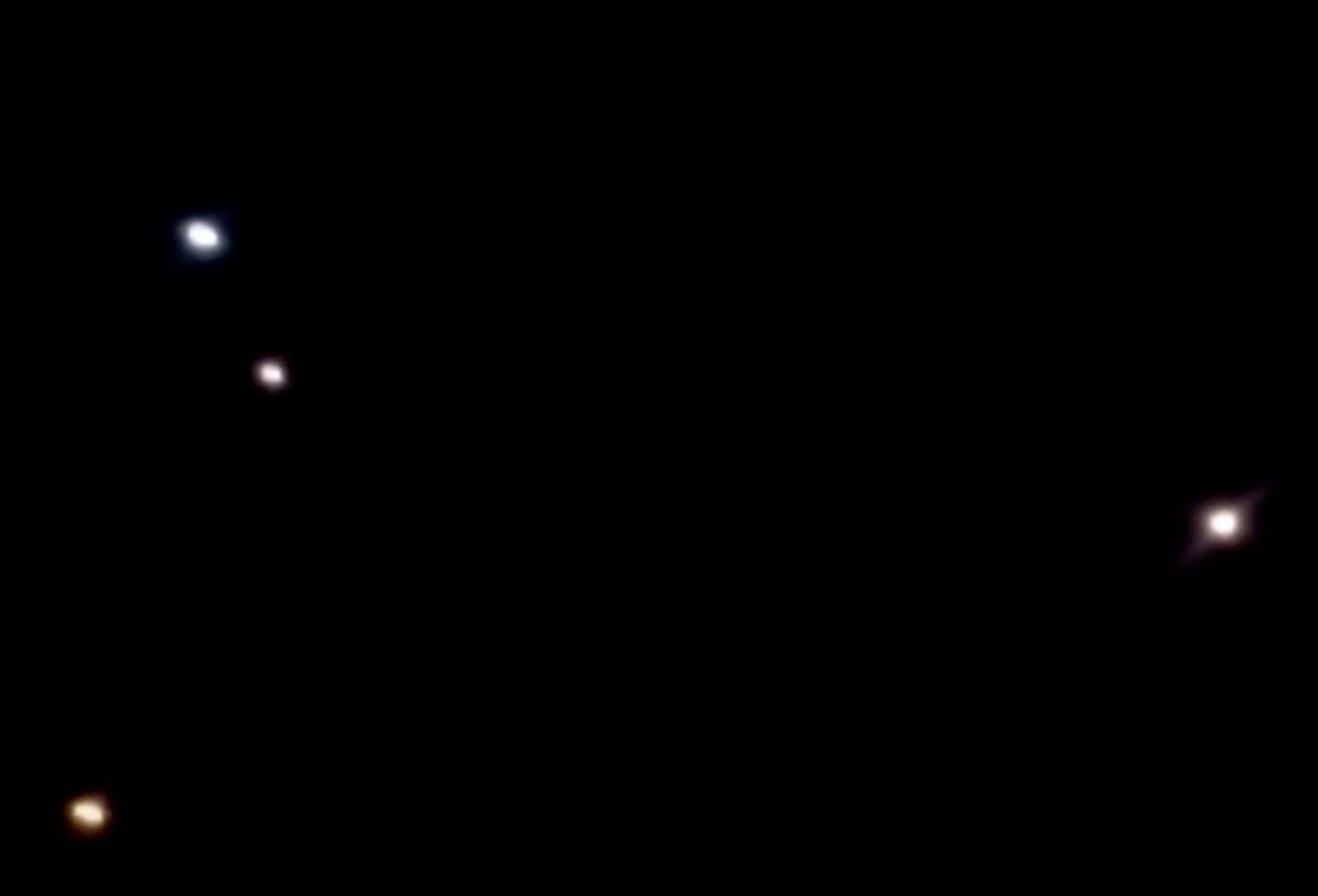 the U.S. Federal Aviation Administration said it would prohibit U.S. carriers from operating in airspace over Iraq, Iran, the Gulf of Oman and the waters between Iran and Saudi Arabia after Iran launched a missile attack on U.S.-led forces in Iraq. Tehran fired more than a dozen ballistic missiles from Iranian territory at at least two Iraqi military bases housing U.S.-led coalition personnel, the U.S. military said Tuesday.

“We are working on initial assessments of battle damage,” Pentagon spokesman Jonathan Hoffman said in a statement, adding that the targeted bases were al-Assad airbase and another in Erbil, Iraq.

“As we assess the situation and our response, we will take all necessary steps to protect and defend U.S. personnel, partners, and allies in the region.”

US President Donald Trump, who visited al-Assad airbase in December 2018, has been briefed on reports of the attack and was monitoring the situation, White House spokesman Stephanie Grisham said. 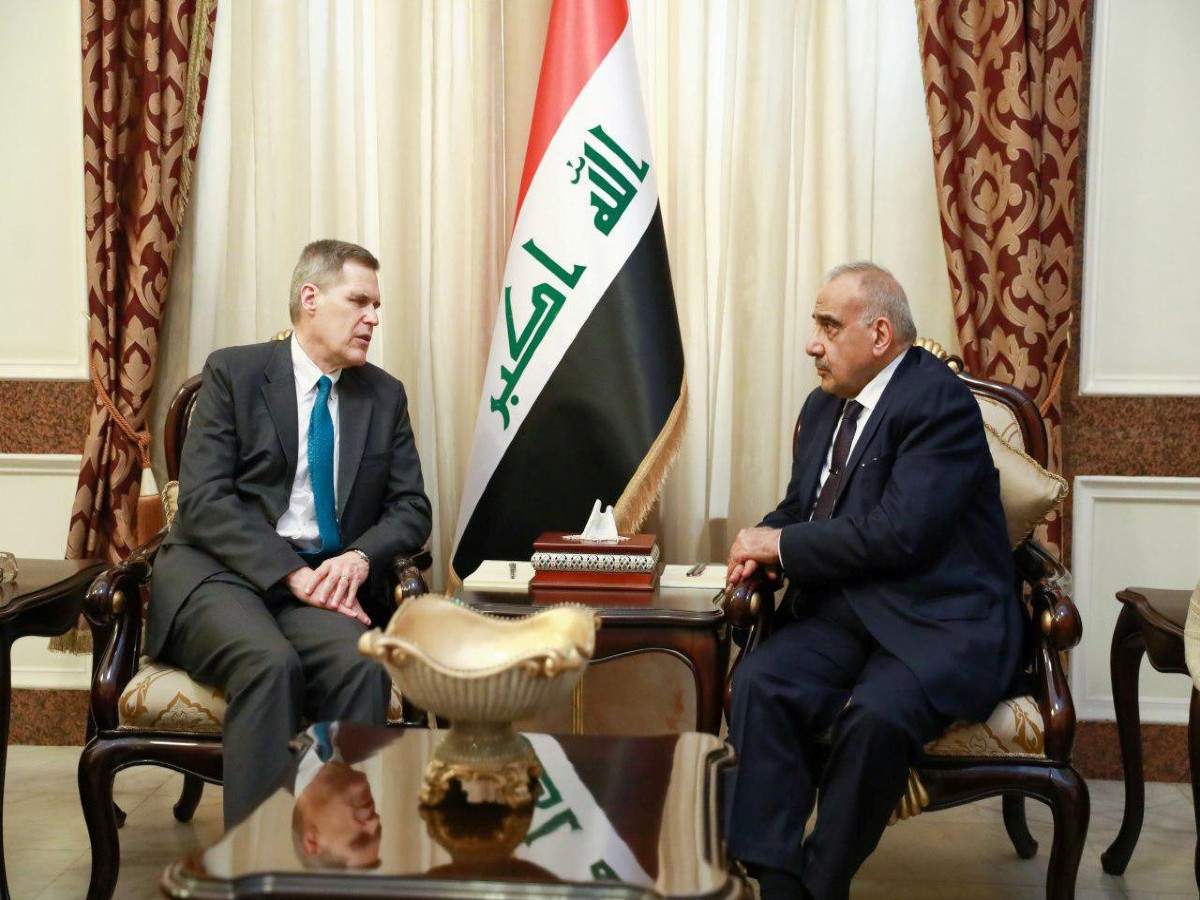 Iraq’s outgoing prime minister, Adel Abdul-Mahdi, said Tuesday that the United States has no choice and must remove its troops from the country, or else face an impending crisis, as the remnants of a senior Iraqi militia commander killed in a US drone strike was brought to Iraq from Iran for burial.

“We are aware of reports of attacks on U.S. facilities in Iraq. The president has been informed and is closely monitoring the situation and consulting with his national security team,” Grisham said in a statement.

U.S. Secretary of State Mike Pompeo and U.S. Defense Secretary Mark Esper arrived at the White House following news of the attack. It was unclear what answer, if any, the United States was planning.

Hours earlier, on Tuesday, Esper said the U.S. should anticipate Iran’s retaliation for Friday’s assassination in Iraq of Soleimani, commander of the Quds Force elite. 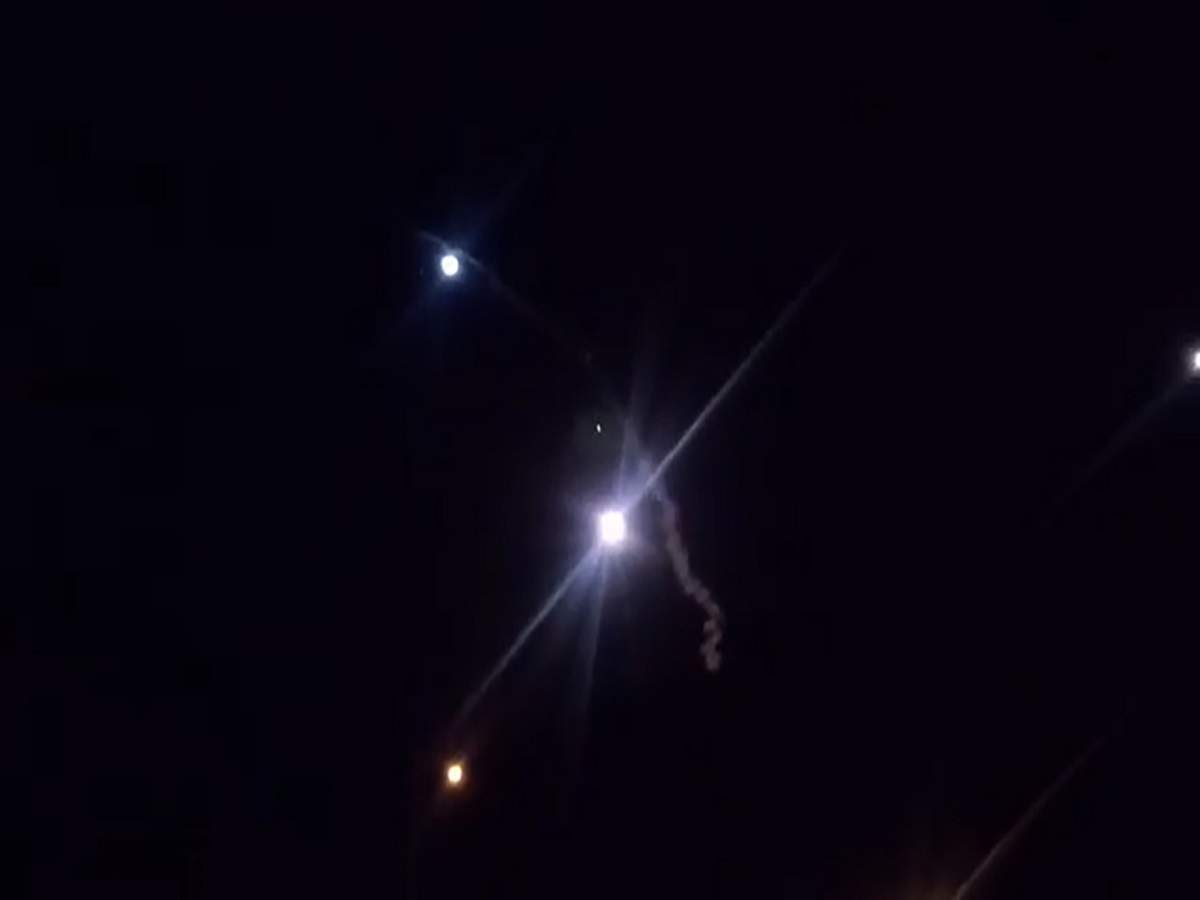 Iran’s minister tells U.S.: ‘Get out of here to our region’ after attacks

After Iran launched missile strikes on U.S. targets in Iraq, the country’s telecoms minister tweeted, “Get out of our region” in Iran’s first official reaction to the attacks. Iran said it launched missile strikes against U.S.-led forces in Iraq in the early hours of Wednesday in retaliation for killing Iran’s Quds Force commander Qassim Suleimani.

“I think we should expect them to retaliate in some way, form or form,” he said in a Pentagon news story, adding that such retaliation could be through Iran-backed proxy groups outside Iran or “by their own hands.”

“We are prepared for any contingency. And then we’ll respond appropriately to what they do.”

Stock markets in Asia fell sharply in the news of the rocket attack, while investor-safe havens, including the Japanese yen and gold, were fired higher. U.S. crude oil prices rose nearly 5 percent in concerns that any conflict could reduce oil supplies.

The U.S. Federal Aviation Administration said it would prohibit U.S. civil aviation operators from operating in airspace over Iraq, Iran, the Gulf and the Gulf of Oman. Singapore Airlines had already diverted all flight paths from Iranian airspace.

Suleimani, a key figure in the orchestration of Iran’s long-standing campaign to drive U.S. forces out of Iraq, was also responsible for building Tehran’s network of proxy armies throughout the Middle East.

He was a national hero to many Iranians, whether they favor clerical leaders or not, but seen as a dangerous villain by Western governments opposed to the arch of influence of Iran that crosses the Levant and enters the Gulf region.

A senior Iranian official said Tuesday that Tehran was considering several scenarios to avenge Soleimani’s death. Other senior officials have said that the Islamic Republic would match the magnitude of the murder when it responds, but that it would choose the time and place.

“We will take revenge, a hard and definitive revenge,” iran’s revolutionary guard chief, General Hossein Salami, told crowds that crowded the streets for Soleimani’s funeral Tuesday in Kerman, his hometown in southeastern Iran.

Soleimani’s burial went on after several hours of delay following a stampede that killed at least 56 people and injured more than 210, according to an emergency officer cited by Iran’s semi-official Fars news agency.

Soleimani’s body had been taken to the sacred Shia Muslim cities in Iraq and Iran, as well as to the Iranian capital, Tehran, before being buried in the “martyrs” section of the city’s cemetery, according to the semi-official news agency ISNA.

In each place, a large number of people filled the streets, singing “Death to America” and crying with emotion. The supreme leader, Ayatollah Ali Khamenei, wept as he led prayers in Tehran.

Driven by a strong public backlash over Soleimani’s murder on Iraqi soil, Iraqi lawmakers voted Sunday to demand the expulsion of all foreign forces from the country.

More than 5,000 U.S. troops remain in Iraq along with other foreign forces as part of a coalition that has trained and backed Iraqi security forces against the threat of Islamic State militants.

Some 115 German soldiers are stationed in Erbil and all are fine, a spokesman for the Bundeswehr operations said.

A NATO official told Reuters that it would take some of its hundreds of trainers out of Iraq. Canada said that on Tuesday some of its 500 Iraqi-based forces would be temporarily transferred to Kuwait for security reasons.

U.S. officials have said Suleimani was killed due to strong intelligence indicating that the forces under his command were planning attacks on U.S. targets in the region, although they have not provided evidence.

Ali Shamkhani, secretary of Iran’s Supreme National Security Council, said 13 “revenge scenarios” were being considered, Fars news agency reported. Even the weakest option would be “a historic nightmare for Americans,” he said.

Made in India heart valve technology can keep your heart beating strong!

A roadmap for General Rawat - analysis