Home | India | Top Headlines | From Pondicherry to Oxford, protests at all campuses against violence in JNU News – India

From Pondicherry to Oxford, protests at all campuses against violence in JNU News – India

NEW DELHI: From Pondicherry University to Oxford University in London, anger over violence at The JNU resonated in varsities across the country and even abroad as students protested against the attack on students and members of the faculty by an armed mob.

Students organized peaceful marches to register their protest against violence on the JNU campus with the hashtag “SOSJNU” trend on social media.

“Today it’s them, tomorrow it can be us. Violence in any form is reprehensible. We are at the forefront of our friends at JNU,” said Raiza, a student at Pondicherry University. 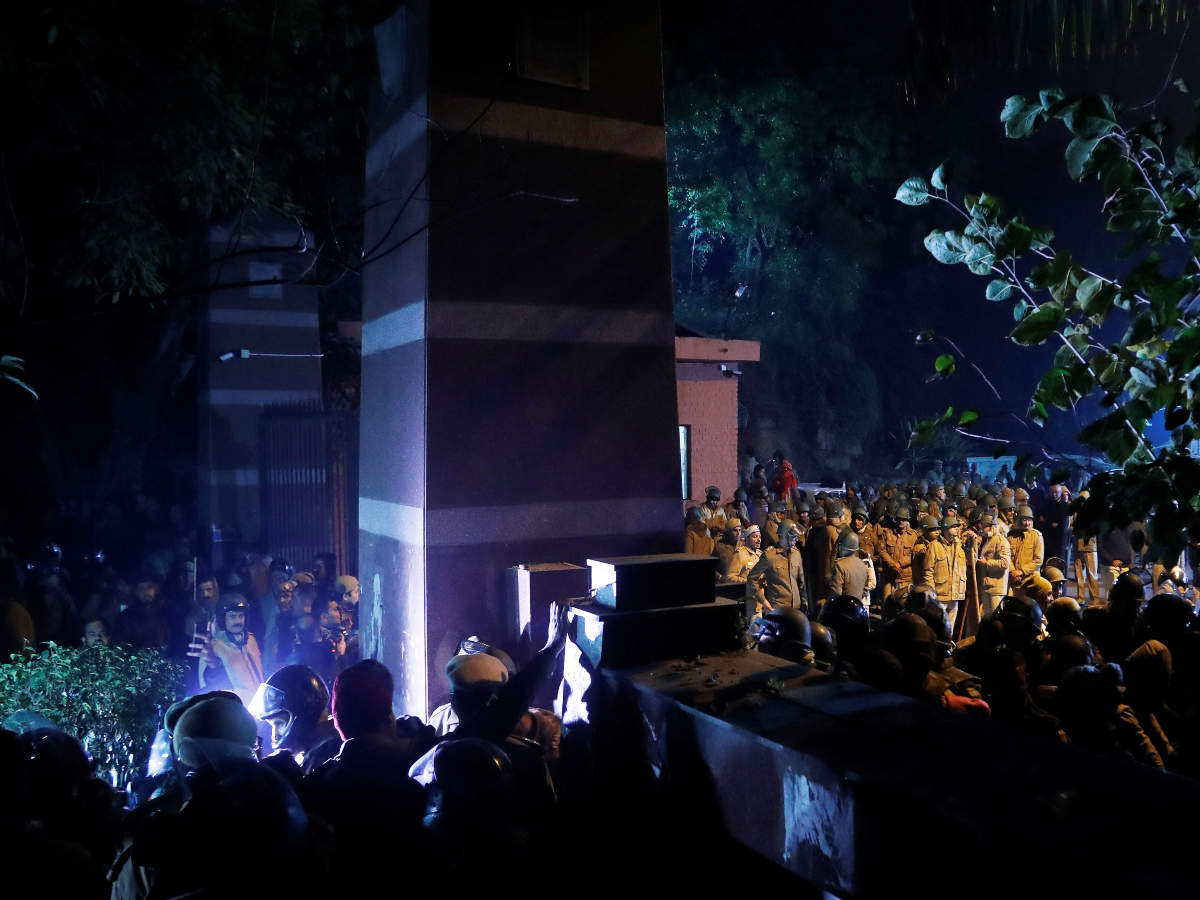 A day after JNU students were attacked by a masked mob in the city, JNUSU President Aishe Ghosh, who was also wounded in the violence, on Monday claimed that it was an organized attack and some “teachers affiliated with the RSS” were promoting violence. JNUSU Vice President Saket Moon said the student corps called the police for two hours, but did not get any help.

In Nepal, KhJ alumni gathered at Maitighar Mandala in Kathmandu to protest against on-campus violence.

In Mumbai, the protest of the students at the India Gate that began at midnight continued with more people flocking to the iconic monument to express their solidarity with the students.

Jitendra Awhad, Minister of Maharashtra, joined the students in the protest and sat down with them to discuss their demands.

“When people start to fear intellect, there is anarchy,” the minister told reporters as students shouted slogans condemning violence.

Students at the Indian Film and Television Institute in Pune also organized a demonstration outside the door of FTII, holding banners with messages such as – ‘FTIstands with JNU, condemns the violence of ABVP Goons’.

A day after the violence at JNU, some Panjab University students interrupted the direction of Haryana President Gian Chand Gupta. Carrying banners, students belonging to some left-wing student bodies shouted slogans against the BJP, RSS and ABVP as Haryana’s speaker was heading during a seminar.

The student protest also took place at Jadavpur University and the University of the Presidency in West Bengal.

Violence broke out at Jawaharlal Nehru University on Sunday night when masked men armed with sticks attacked students and teachers and damaged property on campus, leading the administration to call the police.

Many were injured and admitted to the All India Institute of Medical Sciences in New Delhi.

The president of the jNU Student Union, Aishe Ghosh, suffered a head injury. The 34 students who were admitted to the AIIMS trauma center were discharged on Monday morning.

JNUSU and ABVP blamed each other for the violence that continued for nearly two hours.

A day after the incident, Delhi police filed a case against people not identified by riots and property damage.