Humanity has a pretty messed up relationship with monetary value. There’s the $200 billion USD cryptocurrency market, where huge sums of capital seemingly with nothing more productive to do go to tumble and multiply, while public institutions and infrastructure slowly crumble form under-investment. How do we value the Earth as climate change continues to threaten life across the globe? How do we value human life as migrants and refugees are detained, families are torn apart, and people die while in the custody of border authorities?

Just how did we get into this twisted scenario, where the US stock market is closing in on a history-making bull run, while millions of people can’t afford healthcare? But more importantly, how do we get out of this spot?

A new work by Chinese artist and activist Ai Weiwei (currently based in Berlin) and New York-based Irish artist Kevin Abosch called PRICELESS seeks to spark a mentality-changing conversation around the value of human life, and specifically the treatment of refugees by nations, using the Ethereum blockchain.

“For me, [blockchain] is not about the technology, but an opportunity to set up a new system that could dismantle the old system, or at least offer a new possibility for communication,” Weiwei told me in an interview conducted over email. “It’s not about a potential for creating art, but, rather, to question the existing system and the potential to create a new system outside of the established one.”

Read More: I Went to the First Live Auction for Rare Pepes on the Blockchain

PRICELESS is primarily made up of two standard ERC-20 tokens on the Ethereum blockchain, called PRICELESS (PRCLS is its ticker). One of these tokens is forever unavailable to anyone, but the other is meant for distribution and is divisible up to 18 decimal places, meaning it can be given away one quintillionth at a time. A nominal amount of the distributable token was “burned” (put into digital wallets with the keys thrown away), and these wallet addresses were printed on paper and sold to art buyers in a series of 12 physical works. Each wallet address, a random-looking string of numbers and letters, is a proxy for a shared moment between Abosch and Weiwei (an example: “Walking In A Carefree Manner Down Schönhauser Allee”). In sum, technically worthless pieces of paper, imbued with a valueless token, and representing something even more ephemeral and, yes, priceless. The question: How do you value this?

“From the moment we’re born, people try to ascribe value to us—’Oh, that boy is so full of potential, or oh, that girl is worthless’—it’s something society does to us and it’s something we do to ourselves,” Abosch said. “Our project is just another thing to engage people in the hope that they will spend a little bit more time reflecting on the perversity of how most of us ascribe value to things.”

With a little bit of the token in the physical works on paper, there is still .999999975527498 PRCLS available to anyone, for free. If you were given just a tiny fraction of one PRCLS token, you’d still have enough to give a little bit to every single person on Earth, and according to Abosch and Weiwei, even the tiniest fraction of PRCLS has the same artistic value as a whole token. Weiwei and Abosch plan on more widely distributing PRCLS sometime in September, and will focus on getting it into the hands of institutions, academics, and generally anybody who can amplify the conversation around the value of human life and how fucked up everything is right now.

Weiwei and Abosch met years ago when they were introduced by a mutual friend, and PRICELESS marks their second collaborative artwork (the first was a photographic work called “Transmission” in 2016). Weiwei’s work often speaks to the unseen experiences of the humans caught up in the grinding gears of the state, and his 2017 film Human Flow sought to capture the individual impact of the global refugee crisis. Abosch’s work touches on questions of value, and recently he’s been using blockchain technology as his tool of choice—in his recent project IAMA Coin he tokenized himself and stamped blockchain addresses on paper in his own blood. When Weiwei asked Abosch to meet him in Berlin about a month ago to talk about how they could use the blockchain to make art that could inspire people to reconsider how they value human life, it made perfect sense. 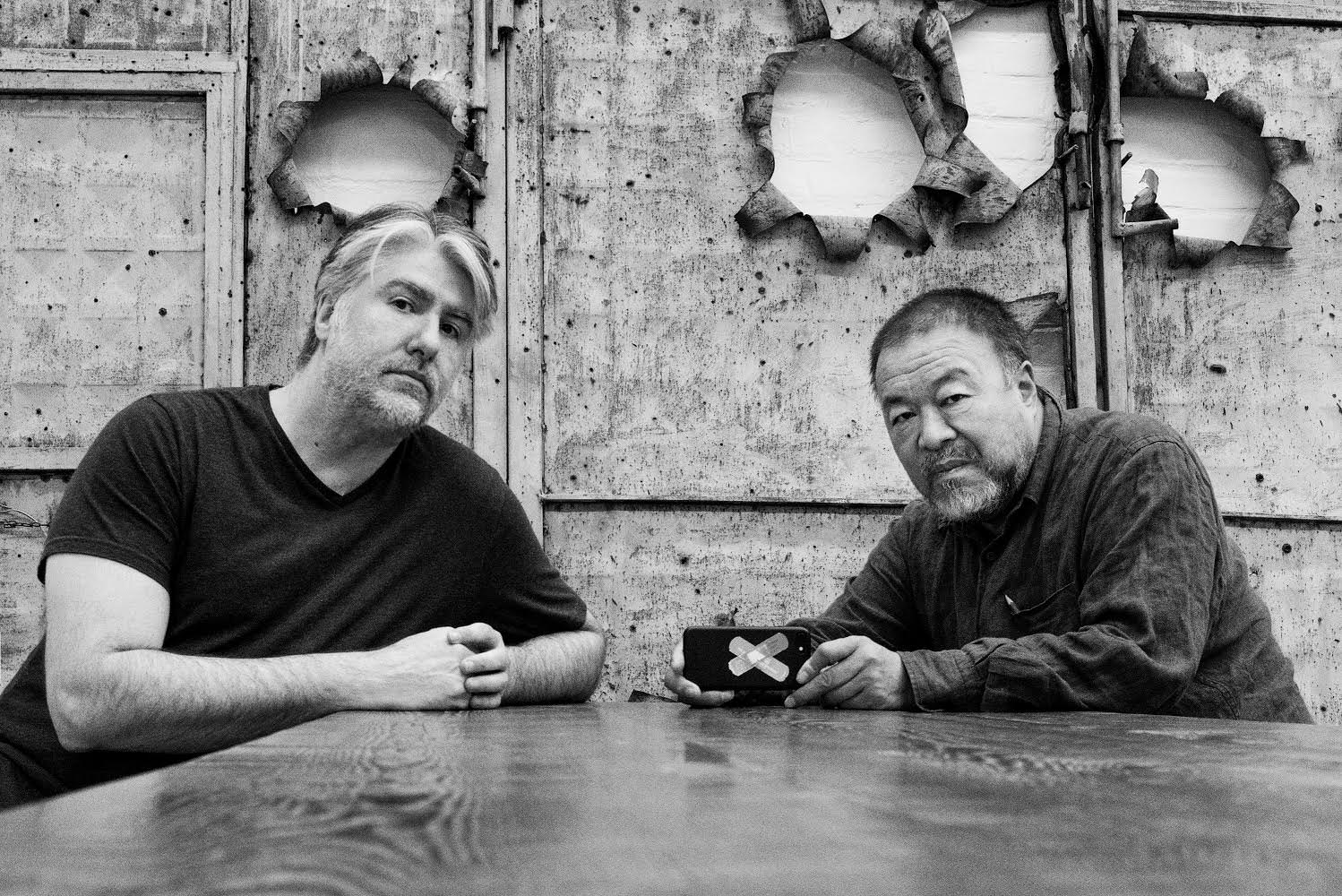 “Both of our work deals with these matters of identity, value, and human currency,” Abosch told me over Skype from his New York studio. “Our methodology is different, our work is clearly different—he works at such a fabulous scale ands I don’t—but when we got into this discussion about value and human life and activism, we both agreed that art is a form of activism when it’s operating at its highest level.”

Once the distributable token is in people’s hands, it’s up to them to ascribe it value, or not, Abosch said. People could treat their quintillionth of a PRCLS as the priceless work of art that Weiwei and Abosch envision, or some unintended (albeit unlikely) scenarios could arise: For example, the free-to-own virtual artwork—so unrare that every person on Earth could own it several times over, and explicitly intended to be “priceless,” or valueless—could theoretically, and inexplicably, become a kind of currency if people decide to trade fractions of the token amongst themselves.

Whatever happens, the point is to get people thinking about their relationship to things that are priceless, Abosch said. “A trillionth of something worth a lot of money is better than a whole of something that doesn’t, but I’ve said that this doesn’t have any value,” he told me. “Our intention was not to create a marketable token—what will happen with the token over time will reveal itself to us.”

“People can do what they want with it, but it would be nice if the conversation doesn’t die,” he added.

“Value is related to human judgement,” Weiwei said in an email. “Price is defined by humans and by society. To call something priceless is a bit absurd, it could be either worth a lot or nothing at all.”

The most important thing that can come out of PRICELESS isn’t digital tokens, or some new way to disrupt the art world; instead, Weiwei and Abosch are chasing a mental shift, one that will treat humans—no matter where they come from, what they look like, what they do for work (or don’t)—with the dignity and preciousness that the priceless deserves. PRICELESS won’t solve anything in material terms, it should be clearly said, but it’s the pair’s attempt as conceptual artists to intervene in a human disaster that they both clearly feel compelled to do something about.

Get six of our favorite Motherboard stories every day by signing up for our newsletter.