£100 Million to Make Digital Police with Mobile Fingerprinters and More…

The UK government is putting a £100 million towards the transformation of British police forces to bring them more in line with the digital age.

It aims to give the police force the capabilities to not only deal with digital threats such as cybercrimes and online fraud, but to be experienced and familiar with digital environments so they can be flexible as new predicaments unfold.

One of the issues that will be tackled in this round of investment is the delivery of a unified IT system across policing systems and different forces.

Some sections of the police force are already utilising digital services commonly seen in industry, such as Police officers in Crumbria who are using cloud based note-taking technology.

This allows police officers who are preparing to interview a suspect in the station access to the notes of their colleagues out gathering evidence and witness statements.

Minister for Policing and the Fire Service Nick Hurd commented in a released statement that “Criminals don’t stand still, and neither should our police forces. We’re determined to support police leaders in creating a modern, agile and responsive police service.” 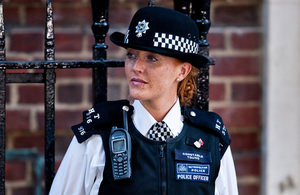 “The Police Transformation Fund is delivering real change in policing, and this new funding will continue to help forces improve efficiency and tackle threats like serious and organised crime.”

The Police Transformation Fund was established in 2016 to transform policing by investing in digitalisation.

Hold Out Your Hand Please

One key area that has been marked for transformation is forensics which will see new improvements brought into the field through the implementation of biometric services.

Police are already using a mobile fingerprinting system that enables them to fingerprint people in the street and receive the information from the main data base in less than a minute.

West Yorkshire Police, Assistant Chief Constable Andy Battle commented at the roll out of the fingerprint devices that: “We have seen first-hand, for instance, how this rapid identification has enabled speedy and accurate medical treatment based on the records available.”

“Its use also allows relatives to attend hospital to see their loved ones when time is of the essence. From an operational perspective, they quickly open investigative leads into serious crimes and can often reveal the associates of an otherwise unknown victim.”

“Likewise, they can immediately identify suspects who attempt to give false details and will prompt people to be more forthcoming in the first place,” he added. 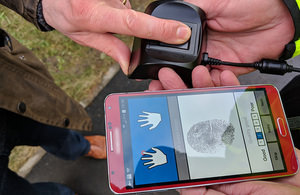 The system is impressive when you consider that it has to compare the thump print of an individual on the street with a database of 12 million records contained in the national criminal and immigration fingerprint database.

A portion of the allocated money will be invested in the development of a Digital Policing Portfolio that will create an online hub for the reporting of low level incidents.

The hub will see members of the community reporting low level incidents such as minor car crashes on the online hub. This will take the pressure of the police force to manually record the information at their local station which can time and resource consuming.