India To Finalize S-400 Deal With Russia Despite US Pressure: Indian Defense Minister 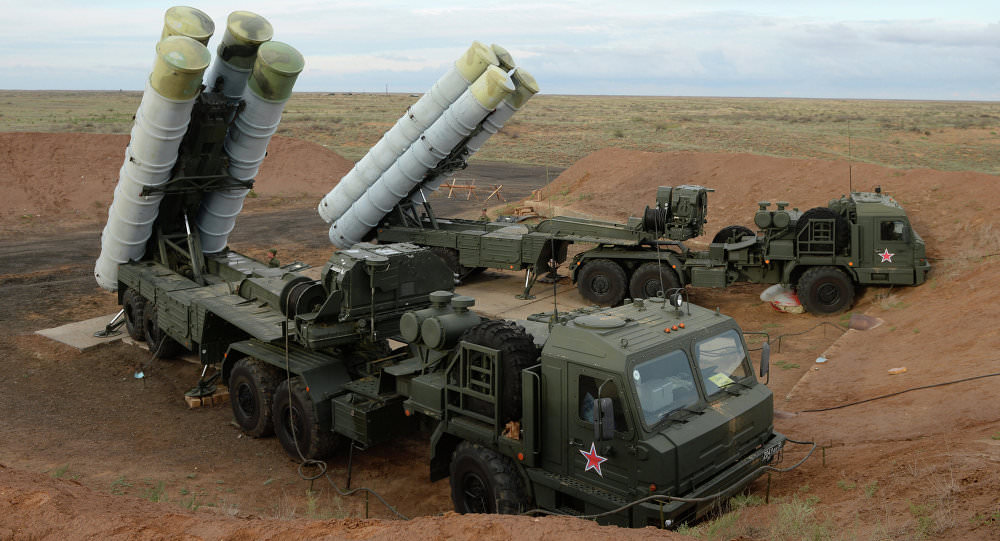 India will finalize the deal for almost $5.7 bn acquisition of five advanced S-400 Triumf air defence missiles from Russia. This was confirmed to the India Times by Defense Minister Nirmala Sitharaman in New Delhi on July 13th.

The S-400 missile systems, which can detect, track and destroy hostile strategic bombers, stealth fighters, spy planes, missiles and drones at a range of up to 400 km and an altitude of 30 km.

India has just reached the final phase and there has been an outcry because such a purchase is prohibited under the recent US law called CAATSA (Countering America’s Adversaries through Sanctions Act) which deters countries from purchasing Russian weapons. However, it is arguable if it should be applied to this situation, since the, Indian Times reports has been in the works since 2015, long before the US law was entered into force.

The Diplomat reports that Indian Defense Minister has stated “With Russia, we have had a continuous relationship of defense procurement of seven decades. We told the U.S. Congress delegation which met me in Delhi that this it is U.S. legislation and not a UN law. We have had this relationship, an enduring relationship with the Russians and are going ahead with buying the S-400.” Earlier this year, in May, Indian Times and the Diplomat reported that India and Russia have finalized the price and are now in the last stages and the deal shall not be hindered by US legislation.

There will be a dialogue between the Indian Defense Minister Nirmala Sitharaman and Foreign Minister Sushma Swaraj and their American counterparts – Jim Mattis and Mike Pompeo. This will happen in early September. Since the deal has begun prior to CAATSA, both Mattis and Pompeo have argued in defense of countries such as India who has new military projects with Russia worth $12 bn, as well as an operational need to maintain the huge inventory of Russian-origin weapon systems in its armed forces.

The Diplomat reports that in 2016, the Obama administrations declared India as a “major defense partner”, thus giving it access to sensitive US military technology, however India is not an ally, it is a strategic partner in the region.

The meeting between Defense and Foreign Ministers will also include discussions regarding bilateral military pacts such as COMCASA (Communications, Compatibility and Security Agreement) and BECA (Basic Exchange and Cooperation Agreement for Geo-Spatial Cooperation) which the US has tried to put forward for 15 years, reports the Indian Times.

Turkey, in a similar situation is about to finalize buying S-400 missiles and the US tried to pressure them in the same way. General Tod Wolters, the NATO Allied Air Commander, commented in front of Reuters that the news of this purchase was worrying, however he was trying to hold strong ties with Turkey. The US is attempting to block any sale of F-35 fighter jets to Turkey, because of worries that the S-400 system could receive vital information in the F-35 technology.

David Deptula, a retired Air Force general and industry consultant, commented in front of Reuters – “The Turks have to make a choice. They’re either going to be part of NATO or they’re going to move into the Russian camp in terms of defense.”

However, General Wolters is positive that the security threat that the integration of a S-400 in a NATO defense posed is yet to be determined, however it has not hindered communication with the Turkish military as a NATO ally. However Turkey is adamant that if there are sanctions against its decision to complete the deal with Russia, there will be a retaliation against the US.

India and Turkey show that it will not be hindered by US pressure, despite being its strategic partner, and in the case of Turkey ally, they also works towards their own interest in making deals with Russia, showing that they pursue their own interests above all.

The post India To Finalize S-400 Deal With Russia Despite US Pressure: Indian Defense Minister appeared first on .