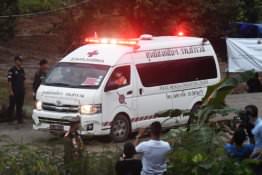 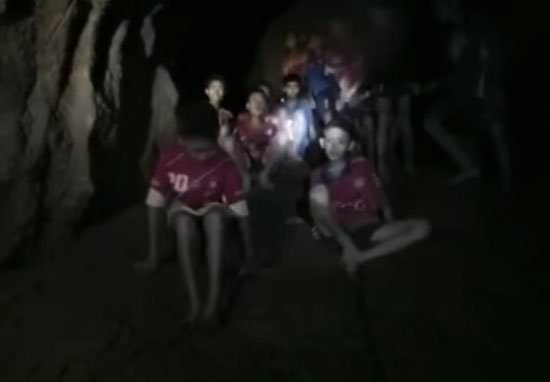 It looks like the effort to rescue a Thai youth football team has been successful.

A team, which consisted of divers and aid workers, have been working tirelessly to ensure the kids and their coach made it out of the cave in Tham Luang Nang Non, which is located in the northern Thailand province of Chiang Rai.

Just after 13:00 PM today (July 8) the first two boys from the football team emerged from the cave as rescue workers faced a race against time to beat an oncoming monsoon which would have flooded the cave ‘like a tsunami’.

Now it is being reported that half of the 12 boys stuck are now out of the cave.

Speaking to the press after the first two boys were rescued from the cave, Tossathep Boonthong, chief of Chiang Rai’s health department and part of the rescue team, said:

Two kids are out. They are currently at the field hospital near the cave. We are giving them a physical examination. They have not been moved to Chiang Rai hospital ye

According to The Mail On Sunday, as the rescue effort was taking place, Tham Luang Nang Non cave was filling up with water. It’s believed the boys would be leaving in complete darkness under the guidance of divers. They would also need to make their way through a rocky peak before going back down into dangerous waters again.

The rescue effort saw the addition of two more British divers added to the rescue team as they now face a race against time to get the boys and their coach to safety. Weather reports had indicated they were expecting a monsoon which could flood the cave ‘like a tsunami’.

Speaking to the media outside of the cave, the Governor of Chiang Rai, Narongsak Osatanakorn, who headed the operation to rescue the stranded team, said:

We’re trying to pump water out, but more and more is coming in from above and below. Our biggest concern is now the weather.

A heavy downpour comes down into the caves like a tsunami.

The children are learning how to dive. We’d like minimum risk, but we can’t wait until it rains heavily and worsens the situation.

If that happens, we’ll need to reassess. The key thing is the kids’ readiness to dive. If it rains, and the situation is not good, we will try to bring the boys out.

Despite the urgency of the situation and the whole world praying for the team’s safe return, the Moo Pa (Wild Boars) football team sent out letters to their families informing them not to worry. Each one of the boys sent out a letter which they signed off with their nicknames.

Chanin Wiboonroongrueng, aged 11, going by his nickname Titan, is the youngest member of the team. He wrote:

Mum and Dad, don’t worry about me, I’m fine. Tell my brother to get ready to take me out for fried chicken. 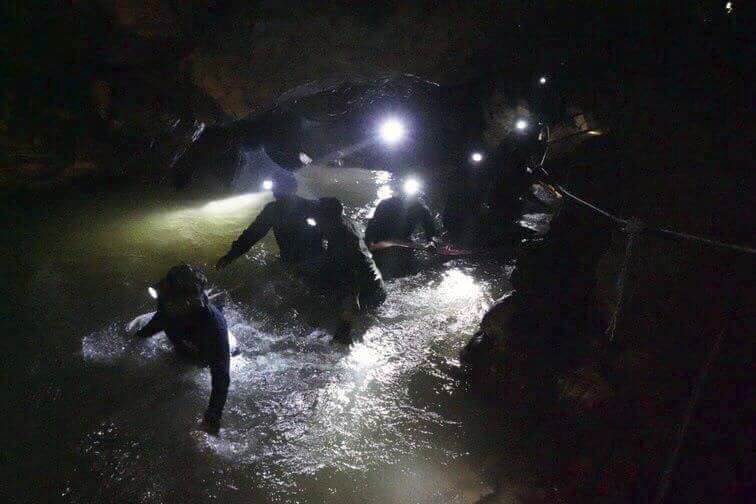 On Friday, July 6, it was announced a former Navy Seal died while delivering supplies to the Thai football team.

Petty Officer Saman Gunan lost consciousness on his way out of the cave, where he’d been delivering air tanks to those inside.

His dive partner managed to bring him out of the water, but Gunan did not regain consciousness. 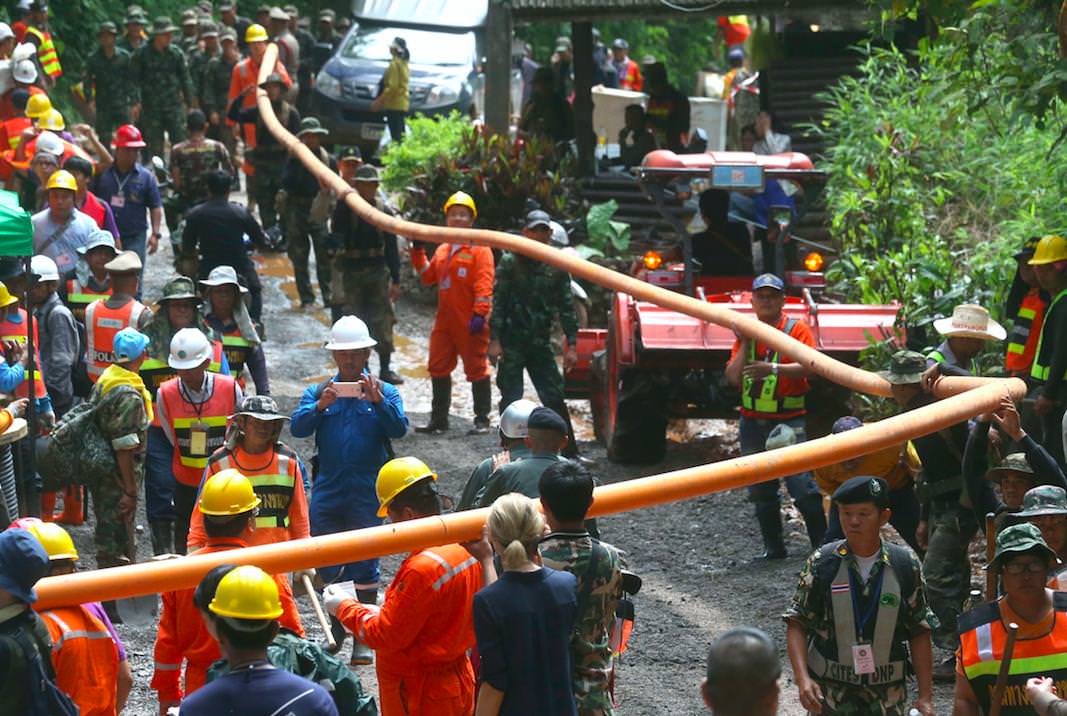 After 6 of the boys and their coach were rescued from the cave, they were taken to a nearby hospital to check for any injuries or illnesses they may have picked up during their two-week ordeal.

Well done to everybody involved in making sure these young boys made it out in one piece.

If you have a story you want to tell, send it to UNILAD via [email protected]