Home | World | The Best Photos of the Great American Eclipse

The Best Photos of the Great American Eclipse 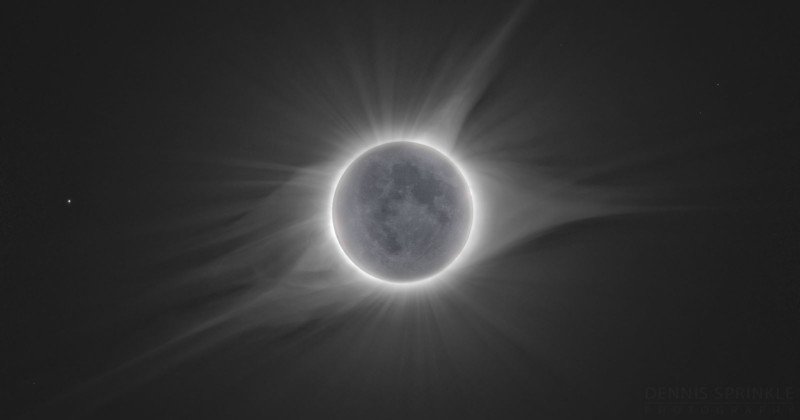 Of the endless stream of Great American Eclipse photos being shared online, there are some notable gems that are going wildly viral on social media. Here’s a roundup of the amazing shots that are wowing viewers across the Web.

Shot of a lifetime. This print is available for purchase in multiple formats to those who asked at https://fineartamerica.com/products/solar-eclipse-with-plane-kirsten-jorgensen-art-print.html #nikon #nikonusa #nikonphotography #eclipse #eclipse2017 #photography #photograph #picoftheday #photooftheday #d5200 #dslr #instagood

The Progression Over Oregon

Photographer Jasman Lion Mander put together this beautiful composite photo showing the eclipse’s progression spread across the sky over Oregon. You can buy a print of the photo by messaging him on Facebook.

The Progression Over Nashville

Photographer Richard Sparkman shared this composite of the progression over Nashville, Tennessee. You can purchase prints from his website here.

And finally the 2017 total solar eclipse! On assignment for @natgeo & @airbnb this was the view today on 10:10 morning Eastern Time from 45000 ft high, flying on the edge of stratosphere, some 400km off the coast of Oregon above the cloud-covered Pacific Ocean. Like all other eclipses I’ve seen the horizon colors were amazing but this time at such a high altitude the sky became pitch black, almost felt like flying in space. Wow! @natgeocreative @airbnb @twanight #eclipse2017 #solareclipse #eclipse

Photographer Babak A. Tafreshi was soaring at 45,000 feet for National Geographic when he shot this image of totality above the clouds.

Totality with a Shooting Star

Amateur photographer Medi Natanzi managed to capture a shooting star and totality in the same shot above Madras, Oregon.

Best view in the house… it took 4 days of planning and hard work to capture this shot. My girlfriend @martinatib and good friend @thistommysmith climbed the route twice, in scorching heat, to nail the positioning. But we nailed it!

Adventure photographer Ted Hesser shared this incredible photo of a climber’s silhouette inside the circle of the totality. The shot took “4 days of planning and hard work.” 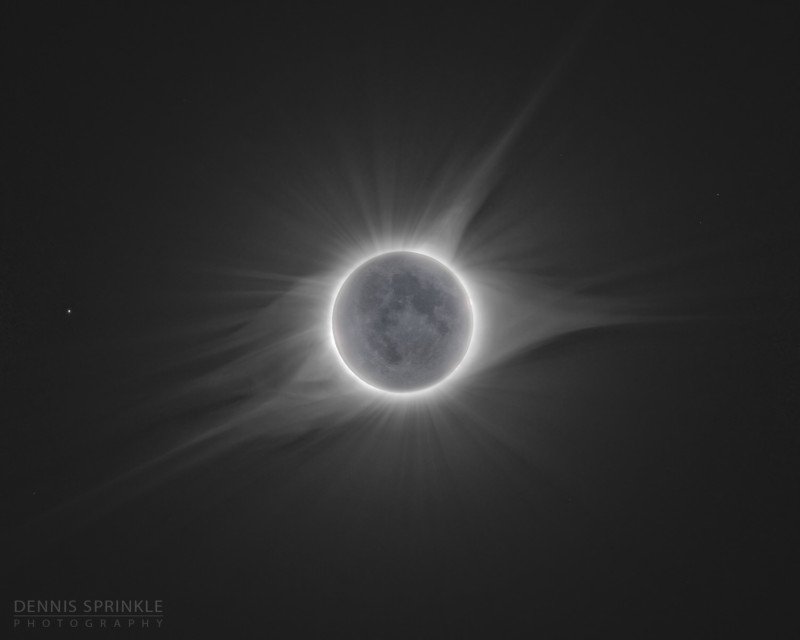 Photographer Dennis Sprinkle captured 13 bracketed photos during totality and stacked them to create this gorgeous HDR photo of the moon at the moment of totality. The photo shows both the Sun’s corona and the Moon’s surface being lit by Earth’s reflected light.

If you would like to suggest a popular photo to be included in this roundup, please let us know! We’ll continue to update this list.