OTTAWA — Prime Minister Justin Trudeau says he would not hesitate to protect the interests — and the values — of Canadians if they clash with the agenda of U.S. president-elect Donald Trump.

In a year-end interview with The Canadian Press, Trudeau was asked where he would draw a line in the sand between himself and Trump, who promises to be a less-than-ordinary president of the world’s only superpower and Canada’s most important trading partner.

“I do not want to dive into the hypothetical, but you’re asking me, ’where is the line?’ The line, for me, is that I will act in a way that ensures that Canadians do not suffer and have all the benefits and opportunities that I can possibly give them,” he said. 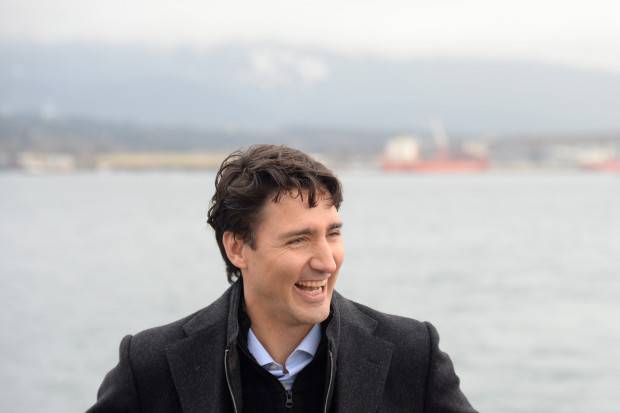 Trudeau said his top responsibility is to serve the interests of the country that elected him.

That means creating good jobs, fostering trade with the United States and settling differences with Canada’s largest trading partner; but it goes beyond the economy.

“It is also in the interest of Canadians to have a more open, more tolerant, more secure world,” he said.

There are different ways to “protect and improve” opportunities and results for Canadians, which is something he said applies not only to Trump.

“In certain situations, it’s to work in a very collaborative way. In other situations, it will be to be very clear that we do not share the same values,” he said. 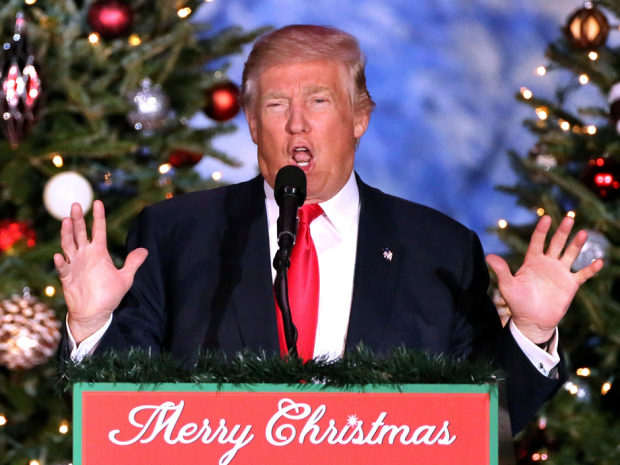 Joe Burbank/Orlando Sentinel via APDonald Trump at a rally on Dec. 16 appears to be keeping his promise to bring back “Merry Christmas.”

Trudeau studiously avoided comment on Trump’s campaign pronouncements and has continued to be circumspect since Trump won the Nov. 8 election.

Still, Trudeau dismissed the suggestion that the mass deportation of Mexicans in the U.S. illegally would not affect Canadians.

“We are in a world that is getting smaller and smaller in many aspects,” he said.

Foreign Affairs Minister Stephane Dion said it was important for the Liberal government to avoid commenting on the Trump campaign because it has put Canada in a good position to have a “constructive” and “instructive” relationship with the incoming administration. 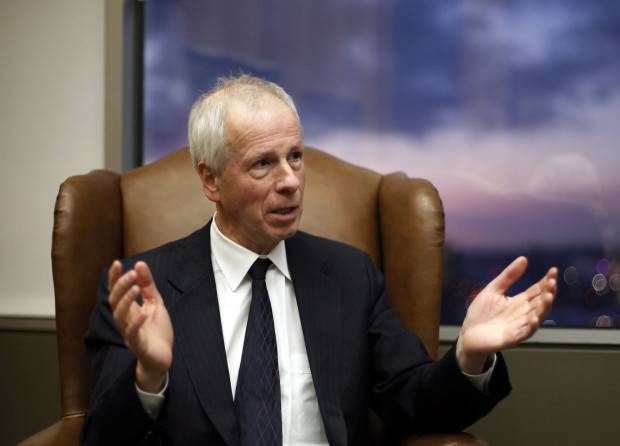 THE CANADIAN PRESS/Fred ChartrandForeign Affairs Minister Stephane Dion is shown during an interview in his office in Ottawa, Monday, December 19, 2016.

He said Canada would push the Trump administration to keep the U.S. engaged internationally because the world needs American leadership.

“What we want to say to our American friends (is) when you work within the international institutions, the multilateral institutions of the world, you’re great,” Dion said in an interview Monday.

“They need to work with others to improve the world. And we’ll be there with them, shoulder to shoulder.”

Dion also said it is now more important than ever for Canada to understand and engage with Russia, especially given the evolving dynamics between Moscow and Washington.

The U.S. intelligence community agrees that Russia tried to interfere in the presidential election, but Trump has dismissed such reports as “ridiculous.”

If the Americans want to change their relationship with Russia — and we don’t know in which way it will happen, I don’t want to speculate — Canada must be a player

His pick for secretary of state, the Texas oil executive Rex Tillerson, has ties to Russia.

“If the Americans want to change their relationship with Russia — and we don’t know in which way it will happen, I don’t want to speculate — Canada must be a player,” said Dion.

Trudeau deflected the challenge that the visiting U.S. Vice-President Joe Biden handed him during his state dinner address in Ottawa earlier this month: to defend the rules-based international order that was created out of the ashes of the Second World War. Biden also stressed the importance of fighting climate change.

“The weight of responsibility I feel on my shoulders is very much related to Canadians and their expectations of what their government can do for them and how we can improve Canada’s standing at home and in the world,” Trudeau said.

“I didn’t work so hard to sign the free trade deal with Europe just because I wanted to make a point on the world stage,” he said. “It’s going to be good for Canadians — good for Canadian producers to have access to a market of 500 million people.”

He said the same goes for wanting to balance the environment and the economy, reconcile with Aboriginal Peoples, play a bigger role at the United Nations and welcome refugees into Canada.

“If it’s a handy example on the world stage, fine. But that’s not why we’re doing these things,” he said.