Thirukkadaiyur, Mar 9 ( ): God or Goddess can have no physical appearance. But, for the worshippers of Indian religions, singing in praise of the deities (made of stone and metals) is a traditional habit in worship. These deities have unique appearances with a philosophical meaning for their postures holding some objects. People get a divine experience by chanting the names of gods, describing the appearance of deities established in different places. Whether the description of the physical form of god is out of sensual vision or inner vision is a point of exploration. Think about it.

The beauty of a god or goddess can never be explained without full faith and belief. For those who got the senses of feeling the divinity, describing the beauty of their deities in a wonderful language and singing can bring happiness. In this way, their experiences are recorded in literature and carried forward to the generations to come. Singing in praise of god always brings joy. And this is associated with various stages of yoga that brings mystic feel.

Abirami Anthathi is one such beautiful literature composed by Abirami Pattar in praise of the Goddess Abirami of Thirukkadaiyur.

The Goddess  in India is called by thousands of names. Devotees derive divine experience by chanting the names continuously which helps in concentration and meditation leading to a state of “no mind and word”. This is the simplest way of knowing one’s self. This needs no learning at all. For the learned people, mantras of concentrated content concisely presented in a higher form of language take them to the higher stage. All can prepare their minds to practice yoga by repeatedly chanting the names of gods, singing in praise of god and understanding the meaning of the great literature left by our forefathers.

The Goddess in a particular town or city is called by a particular name. From Visalakshi at Kasi to Meenakshi at Madurai there are numerous names given by the worshippers. It is like children naming their lovely mother. The goddess at Thirukkadaiyur in Tamil Nadu is named as Abirami.

Abirami Anthathi is composed of four-line stanzas in a manner and rhyme of a grammatical pattern specific to Tamil language. Each poem begins with the last word of the previous poem.

In the first verse, the beauty of the goddess can be seen. In this verse, Pattar visualizes the invisible goddess. He can even sense the smell radiating from the body of the goddess. Those who experienced the grace of Abirami have noted that she appears red. Abirami Pattar consider Abirami as his strong supporter and companion. If god always accompanies a man, then he should be a chosen and blessed one.

Goddess Abirami is my companion and the strongest support.
How can I describe her gorgeous body ?
Her dot in the forehead is like
A rising sun full of red radiance.
Valued by the believers as a precious ruby
So soft like the blossoms of red ppomegranate
Even for worshippers like the goddess of wealth
She appears and disappears like lightning.
The mild fragrance of kumkum
Radiates from her body 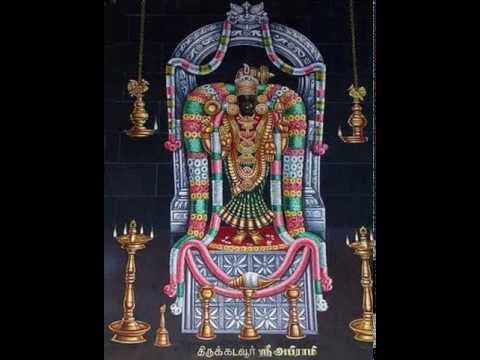 We should learn from Japan!!

Debris found in ocean not from missing Malaysian passenger jet