The Hobbit: The Desolation of Smaug

Chennai, Dec 15(): The Hobbit: The Desolation of Smaug, the second instalment of The Hobbit series hit screens on 13 December 2013 and had indeed bagged the limelight just like “The Lord of the Rings” trilogy. The roles are reprised by Martin Freeman, Ian McKellen, Richard Armitage and is directed by Peter Jackson.

Picking up from the unexpected journey

The movie continues as a pipeline of its prequel where Bilbo Baggins joins Gandalf and a crew of thirteen dwarves headed to Kingdom of Erebor led by the King Thorin.

They are on a mission to get hold of the Arkenstone to reclaim his kingdom which is now guarded by the vicious dragon. But, it’s not as easy as they think it to be as they need to travel through Elves floor guarded by the elves, not to mention the evil darkness which has joined hands of Orcs and the Orcs in turn are chasing the dwarves. 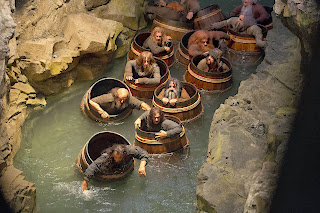 Supposing the Thorin & team with Baggins manages to get past all these chaos, will they still be able to trick the dragon and retrieve the arkenstone? Well, it’s something you’ll have to find out for yourself at cinemas near you.

Thorin : If this is to end in fire, then we will all burn together!

Dori(Dwarf) : Was that an earthquake?
Balin(Dwarf) : That, my lad, was a dragon.

Balin: It never ceases to amaze me, the courage of Hobbits… 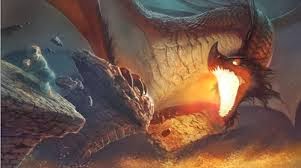 It’s the way screenplay goes and the perfect mixture of hilariously choreographed stunts which leaves you agape and elicit laughter the same time. Though the movie seems a bit lengthy and doesn’t end, you still get a satisfaction that it’s worth the wait.

It’s a shame we’ll have to wait another year for the culmination trilogy.

The Hobbit ~ Just one more step ahead

Why is Kejriwal creating drama when he can form the govt.: BJP