Chennai, Nov 20 (): Thor 2, the much-anticipated sequel to the prequel Thor (2011) hit screens on Nov 15, 2013. The roles are reprised by Chris Hemsworth, Natalie Portman and Tom Hiddleston and the movie is directed by Alan Taylor.

The Dark World and the Dark Elves

Even before the legacy of Odin, his father had done his part by destroying the Dark Elves who were keen on destruction of the nine realms by a deadly weapon Aether. However, Bor only managed to take down everyone except for the dark Elf master Malekith and few of his followers. 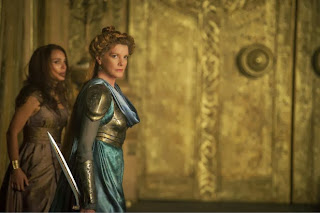 Eons, Thor’s girlfriend who is still awaiting Thor’s comeback keeps looking for any reading which is par normal that triggers a possibility of Thor’s return. One such day when her reading device shows a radical occurrence, she traverses to a different universe which later is explained scientifically that this is possible when all the nine realms align on a single path.

While she’s there she unknowingly consumes the energy of Aether and this awakens the Dark Elves who escaped Bor. Now they are after Thor’s girlfriend, but Thor wouldn’t allow that. This time he takes her back to Asgard, but Elves aren’t one who can be easily stopped.

They bring down Asgard in a single day and murder their Queen as well. Now Thor and his locked up brother Loki join hands to seek vengeance. But, is Loki trustworthy? Is he genuinely looking forward to avenge their mother’s death or is it just another of his wicked ploys. To be found out at cinemas near you. 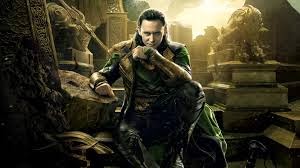 Odin: We are born, we live and we die just like humans
Loki: Yes, give or take a 5000 years

Intern: Am not going to be stabbed in the name of science. Hey, we are Americans
The other Intern: How is that supposed to help us !?

It was said in prequel that byfrost cannot be rebuilt and by which there is no way Thor and his girl friend can meet henceforth. There’s no satisfactory explanation on how they rebuilt it. And they bring in Avengers at certain points in the screenplay but it really doesn’t connect and there seems to be no genuine need for it.

Though the movie is supposed to be action-packed, it doesn’t fail to elicit natural laughter. There are scenes which simply makes you smile irrespective of the circumstance. Say for instance, Thor enters the living room; while everybody else places their coats in coat-hanger, Thor places his hammer!

Sachin Tendulkar gets a grand farewell from Bollywood stars

Action should be taken against Tejpal as per law: Shazia Ilmi(Update/Tejpal)