Idharkuthane aasaipattai balakumara, a typical Vijay Sethupathi movie only it isn’t evolving around his character alone but scattered among other pivotal characters. Movie is directed by Gokul and produced by Leo Visions. The movie stars Vijay Sethupathi, Ashwin Kakamanu, Swati Reddy & Nandita in lead roles. Other casts include Soori, Pasupathy, M.S. Bhaskar & Livingston.

The plot has two major protagonists and a series of events which later connect the two  – Sumar Munji Kumaru (Vijay Sethupathi) and Bala (Ashwin). The former being an illiterate, nonchalant live the moment type of guy, chasing the heroin 24/7 and latter a literate but always with misfortune towards both of his career and love life.

Sumar Munji runs behind Kumudha only to get agitated, get thrashed by henchmen after her father reports to a local goon ‘Anachi’ (played by Pasupathy). At the same time Swati is at Bala’s tail but he’s just reluctant and reclusive making up reason to socialize. But one irresponsible act changes him, that one act also makes him look out for Sumar Kumar Munji Kumar which will decide his fate. When they finally meet it’s not just a change to Bala but also to Sumar Munji Kumar as his act buys him an opinion from Kumdha and thus beginning their love journey. 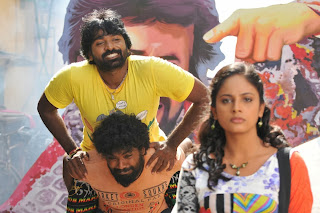 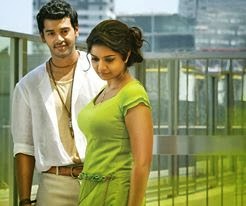 The humor quotient contributed by Vijay Sethupathy’s character doesn’t fail to elicit laughter amidst the tension in the screenplay.

Though Sumar Munji Kumar’s character is jovial it’s gets a bit prickly when he doesn’t realize a simple thing “Kumdha is NOT happy” but chants she is.

A pre-snoop of song titled ‘prayer song’ was released on August 12 and was an instant hit garnering lakhs of views in YouTube.