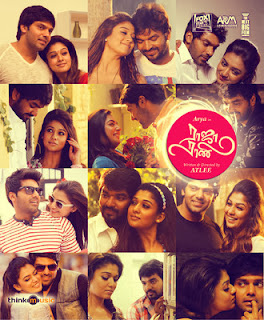 Chennai,Sep 29 (): Raja Rani, the debutant directorial of Atlee which had already set some expectations in Kodambakkam hasn’t failed the audience.

Raja Rani is a beautiful tale which answers the question “can love happen twice?”. The movie stars Arya, Nayantara, Jai and Nazriya in the leads.

There is life/ love after love failure

The movie begins with the marriage ceremony of John (Arya) and Regina (Nayantara). Everybody seems to be happy about the marriage except the bride and groom, maybe as the movie begins the audience presume it’s the regular fear that creeps up for the couple “Am I doing the right thing?” but soon realize there is more to it than what it looks like.

Their marriage is already in the rut, they hardly speak to each other. One fine night Regina suffers fix and for the first time John acts as husband. Later he gets to know from Regina about her past and confides her love Surya. Obviously now John had fallen in love with her, but she hasn’t.

Frustrated he again starts avoiding her, but she now discovers he too had a love life which he clearly seems to have put behind for her sake. But by the time she realizes it’s already too late and the duo is back to square one – perplexed. Will they overcome the setbacks and unite is what forms the climax. 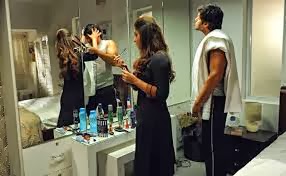 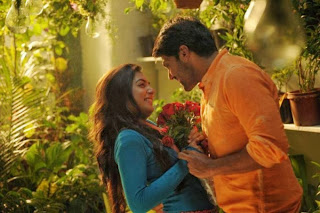 If Mani Ratnam’s Mouna Raagam and Balachandar’s Pooveli were two tales of their period this Atlee’s Raja Rani is for this millennia.

Santhanam has done justice to his role, he not alone plays the comedian but also has a pivotal role in bringing the separated couple together.

Though the plot is gripping it doesn’t fail to remind you of the missing characters who were either let loose in the  middle or didn’t appear at all like “the parents” of John because of whom John’s character agrees to marriage.

Director Atlee was previously the associate director of Shankar in his Enthiran. On hearing the script from Atlee, Murugadoss nodded right away for the director’s debutant Raja Rani. The movie’s first official teaser of the duo’s quarrelling through the projection in mirror went viral in YouTube collecting innumerous hits in the first few days of launch.