Aug 27 (): Kick Ass 2, the sequel to Kick Ass from 2010 is super hero action comedy movie based on the book of the same name. The movie is directed by Jeff Wadlow and produced by the maker of its prequel Mathew Vaughn and stars Aaron Taylor-Johnson, Chloë Grace Moretz and Lyndsy Fonseca in leads.

Kick Ass and Hit girl are back!

Though Dave Lizewski retires in the previous part, he decides to mark his return and only this time with proper training from hit girl so he doesn’t have to rely on anyone when in trouble. As Dave is missing most of the time in training, his girl friend Katie assumes he’s been cheating behind and her back and obviously dumps him. 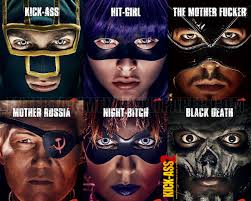 Meantime, Chris re-invents himself as super villain “Motherfck..” and swears to avenge his father’s death after a series of events put out Kick Ass to give up being a super hero again. However, Mindy convinces him to show the Motherf gang who the real kick ass is and it leads to a unrealistic stunt packed culmination where all the bad guys get beaten up to pulp.

Mindy: You don’t have to be a bad ass to be a super hero [a pause]  you just have to be brave

Colonel Stars: Without the kick ass, no one of us will be here. It’s from my heart, now don’t let that go to your head

Colonel: Try to have fun, otherwise what’s the fun ?

Chris: Be cool!
Butler: Sorry, your mum pays me not to be cool 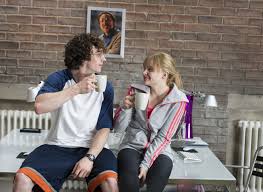 The comedy sure as hell incites laughter be it straight or sugar coated with cuss words – it indeed is funny.

Too much of gimmicks and mannerisms which even kids these days would agonize. Leaving Chris alive gives us an itching sense that the Kick Ass series isn’t over YET.  And the lip lock of Hit girl and Kick ass is weirdly gross which simply could have been avoided.

Jim Carrey was roped in the project earlier in 2012 to play the lead of superhero gang Justice League. However, he signed off stating that the movie had too much violence that it ought to.