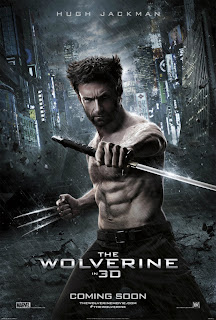 July 26 (): Based on the Marvel Comic series, Wolverine 2, the sixth installment of X Men franchise was released worldwide on 26th July 2013. If you are a die-hard fan of X-Men franchise, you might be disappointed for it should have met the expectations.

Hugh Jackman disappoints us with just a cameo performance in previous installment X-Men: First Class. You should have had your hopes high awaiting a stellar performance in Wolverine 2. But you end up with this! 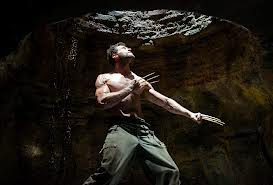 Logan(Hugh Jackman) leads a solitary life after the loss of Jean Grey, keeping himself confined to the lonely forest outside Yokun. Jean haunts him in his visions and Logan blames himself for her death. It gets worse, it’s not just Jean but also the events of Nagasaki from 1945 in his nightmares. Back then he happened to save a soldier Yashida who freed the prisoners was held captive to escape the wrath of atom bomb.

Yashida later becomes an entrepreneur, a massive one that everyone tries to kill him or kidnap his ascendants. Yashida personally wants to be there to protect himself, his family and most importantly his wealth. He sends out his loyal employee to fetch Wolverine for him so as to bid final farewell and possibly ask for one last favour. When Logan comes to meet him they have an interesting conversation which is where the movie takes its toll and hell unleashes afterward. What if Wolverine the relentless soldier of justice finally get his freedom – mortality. What if …?

Logan: I’ll never hurt you or anyone. I made myself a vow
Jean: some vow

Yashida: You seek what every soldier ( a pause) an honorable death… end of pain

Eternity can be a curse

Logan: You can’t pretend shit isn’t happening while it is princess, unless you want ti die 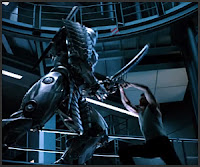 The movie has its moments and Jackman has contributed a lot, be it a throttled humour or terrific action sequences – he steals the show.

As usual Hugh Jackman flaunts his inert bare body moves and an appealing charisma which works out well. Given the turbulence in the plot he indeed has done justice to his role.

The scenes evolving around Jean are begrudging as he recalls something which happened like decades ago. For a man who survived centuries of loss shouldn’t be much of a matter. If it really did matter then he should have accepted mortality. Or if not for all these, the least director could have done is justified it right. Adding to the glitches is culmination by which you’d simply be exhausted.

It’s first of its kind (in 3D) for Twentieth Century Fox’s Marvel films. Hugh Jackman shall be reprising his role for the seventh time in the next installment X-Men: Days of the future past.

Empowering customers via social media can have adverse effect